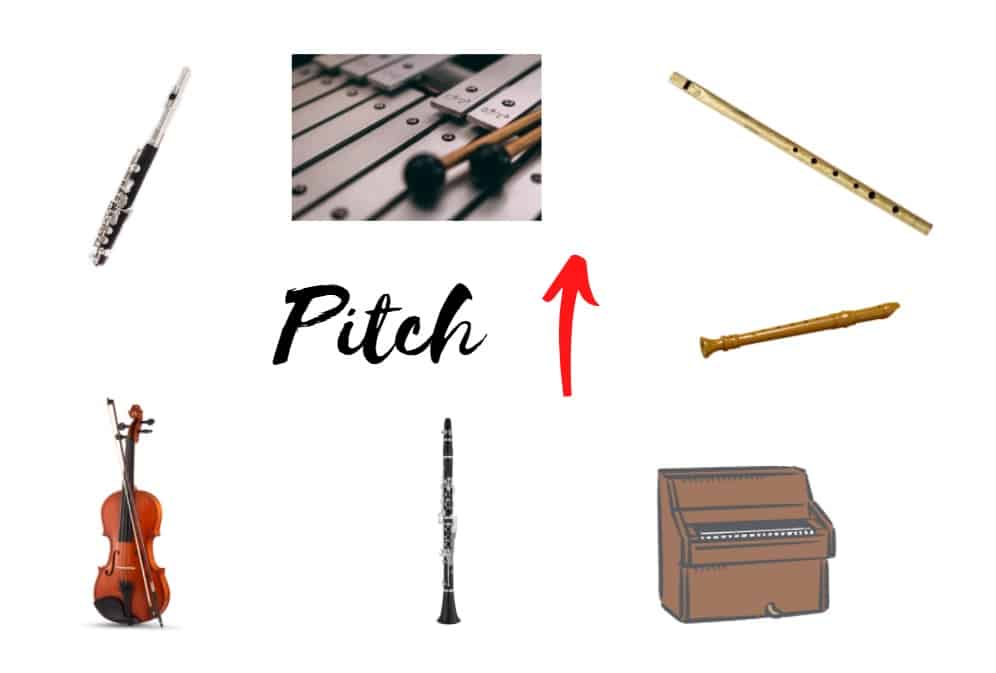 High Pitched InstrumentsMusical instruments come in all shapes and sizes, made of wood, metal, glass, or more exotic materials. The size of the instrument when considering wind, brass, and string families dictate the range and pitch of the instrument. Ranges of instruments vary considerably and so, therefore, do the pitches (tones) available to the player of that instrument. Consider the violin, which has a huge range of over five octaves whereas the mbira (African thumb piano) usually only boasts a little over an octave. In this article, I am exploring the idea of high-pitched instruments. Those that have notes that sound at the very extreme end of the musical compass.

One of my favorite and most common orchestral instruments that fall into this category is the ‘piccolo‘. This resembles a small flute and is made either of wood or metal. The head joint is often made of wood but this depends on the preference of the player and the sound they wish to produce. The range of the piccolo is approximately three and a half octaves sounding from D4 – C7 (it sounds an octave higher than notated). It provides a glistening top-line in an orchestral setting complementing the woodwind section and bringing extra focus to the violin section. Tchaikovsky makes excellent use of the piccolo in his 6th Symphony.

Another member of the woodwind family that is a high-pitched instrument is the E flat Clarinet. This is also called the piccolo clarinet as it is smaller than the other members of this family and as you would expect plays the highest notes available. It is a difficult instrument to play as the finger holes are quite close together making rapid passages challenging but possible. It is also a transposing instrument meaning that its written pitch is not the same as its sounding pitch; it a minor third higher. The range of the piccolo clarinet is similar to the larger B flat clarinet from an E below middle C to the C three octaves higher but remember the transposition. Many orchestral pieces use the E flat clarinet and it is popular in Military Marching Bands.

Many orchestral percussion instruments come under the heading of high-pitched. One instrument you have probably heard many times in orchestral and commercial music is the ‘glockenspiel’. This instrument has a range of around three octaves and is also a transposing instrument with its sounding pitch being two octaves above its written one (G5 – C8). The glockenspiel is made of small, metal bars that are struck by the performer using beaters made of rubber, metal, wood, or plastic. Each produces a very different tone.

The ‘celesta’ I am going to include directly following the glockenspiel as they sound similar and are both familiar sounds in many pieces of music. In the case of the celesta, John William’s ‘Hedwig’s Theme’ makes haunting use of this instrument.

Like the glockenspiel, the celesta produces its sound by having metal sound-bars, that are laid on felt rails, struck by hammers made of hard rubber. It produces a gently percussive, bell-like tone. The celeste is a keyboard instrument with the playing mechanisms inside a wooden case. The range of the celesta varies from three octaves to over five with the greatest range possible being from C3 -C8.

Coming in at a very modest 20cm in length, the tiny ‘sopranino recorder‘ is classed as a high-pitched instrument. There have been many versions of this recorder through the ages but today the modern instrument has F5 as its lowest note and a range of approximately two and a half octaves. Sopranino recorders are made of both wood and plastic with the wooden instruments producing a warmer timbre. As with many members of the recorder family, their popularity flourished from the Medieval period through to the Baroque. Often, unfairly, in my opinion, the recorder is viewed as the province of young children; almost as a non-instrument. This is to ignore the tremendous flexibility the recorder has and the substantial amount of repertoire available for it at the highest of technical standards.

Similar in sound to the sopranino recorder is the ‘tin whistle’. These unassuming little instruments have quite an impressive heritage dating back many centuries. They are considered to be part of the ‘fipple flute’ family of instruments that transcend culture and time. The contemporary tin whistle is made from nickel-plated brass fitted with a plastic mouthpiece. Once called a penny whistle, today’s tin whistle closely resembles that instrument of the 19th century. It is a ‘diatonic’ instrument meaning it is pitched in a given key, similar in that respect to the diatonic (as opposed to the chromatic) harmonica. Whistles in the key of ‘D’ are particularly popular and extensively used in Irish folk music. The range of these instruments tends to be from D5 – D7.

When exploring high-pitches instruments, the violin needs to be included. Even though the violin can play a G3, it is also capable of playing ‘harmonics’. These come in two varieties that are called ‘natural’ and ‘artificial or false’ harmonics. This playing technique involves playing any one of the four strings on the violin in a particular way to create high sounds. The natural harmonic can be produced by any string instrument by placing your finger specific points on the string to create a tone based on the fundamental series of harmonics. Artificial harmonics are different in that they require the finger to be placed at the interval of a 4th above the stopped note. This is one way to produce a pitch two octaves higher than the stopped note. You can easily understand that this extends the range of the violin into the stratosphere of the pitch.

As a final thought, perhaps it is not out of line to add the synthesizer into the category of instruments that produce high-pitches. The difference between an acoustic instrument and a ‘synth’ is that the synth produces its sound electronically. This gives the instrument an almost limitless range of notes, to the point where it is possible to produce sounds beyond the capacity of the human ear. Even though this might be slightly cheating, the synthesizer is not a new addition to the range of instruments available to performers and composers that presents not only the option of creating your own unique sounds but over an enormous compass of pitches. 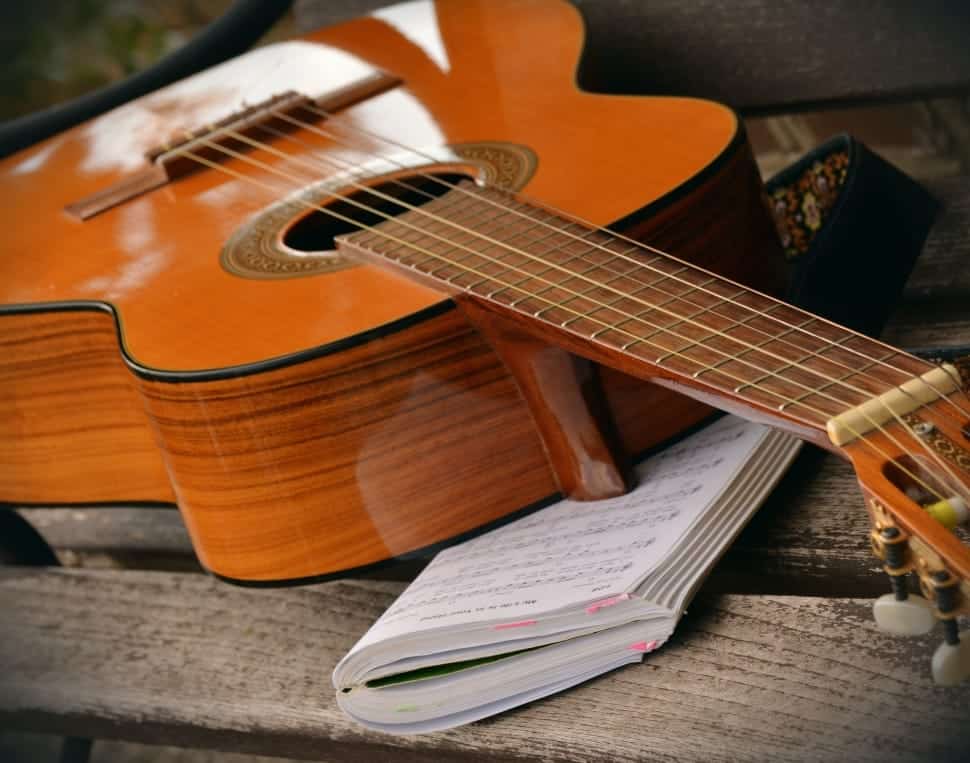 CMUSE - Sep 5, 2019
Classical guitar is often seen as the perfect tool to get someone into playing guitar. However, this instrument has a lot more depth than...