Germany and Italy as countries are often accused of dominating the world of Western Classical Music. To an extent, that is true but the effect of this assumption is to often ignore the wealth of classical music that has come from France. In this article, I have the pleasure of choosing some important examples of French Classical Music through the ages.

Couperin was one of the most important French composers to be active during the Baroque period of music. The link to the recordings gives you a selection of over 220 works that Couperin composed during his lifetime for harpsichord. It is these works for which Couperin is best known these days. There are five ‘Suites’ in this selection that each contains six movements. Familiar courtly dances title these pieces such as the courante, sarabande, gigue and Gavotte.

As far as we know no original manuscripts of Couperin’s have survived and it is possible much chamber music was has been lost. The 220 compositions were compiled across four books and show the influence of the Italian Baroque style that Couperin admired. The inspiration of the composer Jean Baptiste Lully also threads through this collection of keyboard pieces.

Couperin was a Parisian, born in 1668 on the 10th of November. It is highly probable his musical gifts were from his Father who was a recognised organist and who in all probability trained the young composer.

Berlioz was a hugely significant French composer who worked during the Romantic Era. His works are dominantly orchestral and he is considered by many to be one of the foremost composers of programmatic music. In essence, this means music written to a narrative or illustrative of pictorial scenes. The Symphonie Fantastique is no exception and it was at first, one of the most controversial pieces the young composer had produced. In many ways, the Symphonie Fantastique paved the way for composers of the time to experiment more freely with symphonic forms and their orchestration.

Berlioz composed the work in 1830. It is scored for a generously sized orchestra with specific instructions in the score to include no less than fifteen first and second violins, ten violas, eleven celli and nine basses. There are five movements each with a title that clearly illustrates the focus of the section.

The story itself centres around a young artist who suffers unrequited love. Unable to stand the pain he poisons himself with an opiate and then falls into a terrible nightmare in which he sees himself executed (4th movement). The Symphonie concludes with a spine-tingling visit to a Witches Sabbath.

3. Le Carnaval des Animaux, (The Carnival Of The Animals) by Camille Saint-Saëns

Saint-Saëns had experienced an awful tour of Germany in 1885-86 after which he sought consolation and retreat in Austria. Here he composed this delightful, imaginative series of fourteen pieces that he decided to call “The Carnival of the Animals”. Each of the fourteen sections is devoted to a certain animal. Number five “The Elephant”, and number thirteen “The Sawn” and amongst the best known.

Saint-Saëns scored the work for two solo pianos, strings, flute, clarinet, glass harmonica and xylophone. Oddly, Saint-Saëns specifically instructed his publishers Durand, not to publish the work until after his death. This meant that the first performance of Carnival of The Animals was not until 1922. Ever since then this composition has been a firm favourite alongside pieces like Peter and The Wolf (Prokofiev) and Young Person’s Guide to The Orchestra (Britten).

4. Orpheus in The Underworld by Jaques Offenbach

Offenbach is credited with having composed over 100 operettas in his lifetime. Amongst these perhaps the two most famous (Orpheus in the Underworld and The Tales of Hoffman), were composed at either end of his career. This link above is to the overture from Orpheus (1856), which was his first full-length operetta.

The production called for lavish costumes and a not inconsiderable orchestra and chorus. Following some severe criticism after the opening performance relating to claims of profanity and irreverence, Offenbach was clever enough to play on the publicity to further engage the public interest. His responses to the criticism and commentary fired the public imagination and the operetta became the huge financial success Offenbach needed.

The operetta is in two acts and falls into the category of opera ‘bouffe’, or comic opera. Orpheus in The Underworld is a somewhat cruel parody of Gluck’s “Orfeo ed Euridice” as exemplified in the ever popular “Infernal Galop” from Act 2, Scene 2, that has become better known as the “Can-Can”. Satire and parody were a feature of many of Offenbach’s works for the stage.

There is not enough space to mention enough French Classical music in this article but to omit Debussy would be a mistake. Claude Debussy was one of the most important composers of his generation alongside Maurice Ravel, Eric Satie, Milhaud and Poulenc. Debussy’s compositions are considered by many to be the epitome of the ‘impressionist’ movement. They are stunningly evocative, richly orchestrated, works of immense beauty.

“La Mer” (The Sea), dates from 1901 and divides into three main sections giving a duration of around twenty-four minutes. Each section conjures a characteristic of the sea. The first is titled “From dawn to noon on the sea”; the second “Play of the Waves” and the final movement “Dialogue between wind and waves”. Debussy was clear to state that this was not to be heard as a symphony but more along the lines of symphonic sketches. Regardless of the titles which Debussy notably left to the end of many of his piano works, La Mer is a stunning example of impressionistic music. 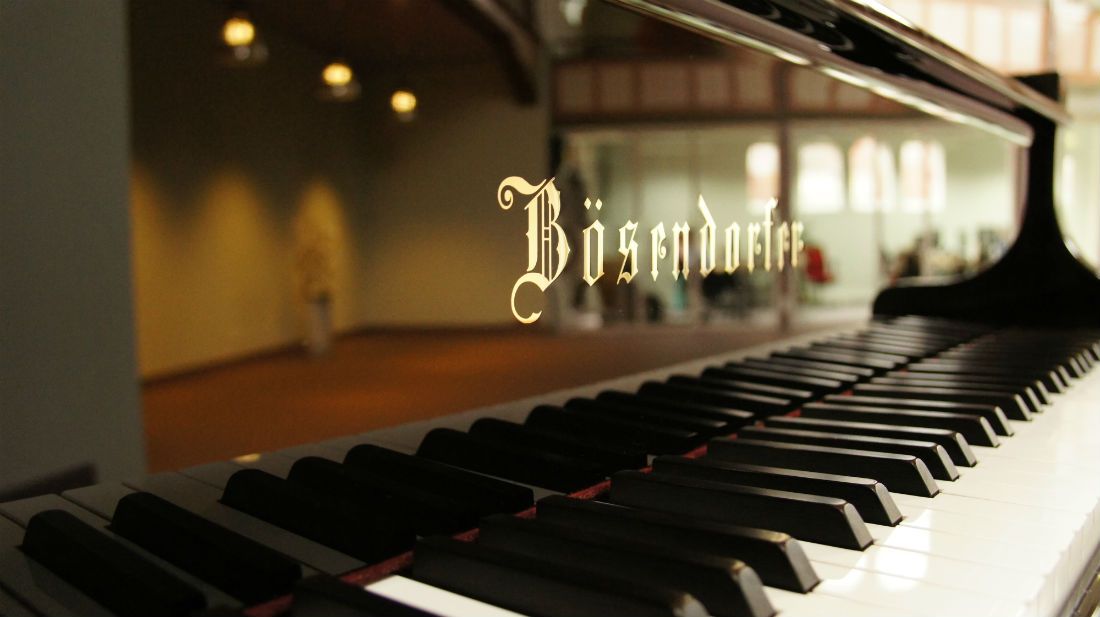 Cynthia Collins - Mar 24, 2015
Bösendorfer is the name of a company in Vienna, Austria, that has been manufacturing pianos since the early 19th century. Each piano is carefully...