From the nationalistic prowess of the Big Five to the internationally acclaimed ballets written by Prokofiev, Tchaikovsky, and Stravinsky, Russian music and culture have critically influenced Western classical music. While Russia shares roots in Western culture in its arts, many composers drew inspiration from local fairy tales, literature, and ideas.

Russian music of the late nineteenth century emerged during the nationalist ideal that swept across Europe. Composers like Liszt and Chopin who came from homelands dominated by the West sought to develop the styles of music from their respective motherlands. Below are some of the works which evolved from these styles and which are heard in Russia and around the world today.

1. Overture from Ruslan and Lyudmila

Glinka was one of the first Russian composers to begin breaking away from the traditional Western style and developing a nationalistic “Russian” sound. While the work was not well received during its debut, it has become a staple piece in the Russian musical canon. The artistry of Glinka also formed the foundations of the rest of Russian classical music.

Like other Russian operas that would come after his, the plot is based on a story by Alexander Pushkin. The story also goes back to Russian roots, exploring a pagan Russia where magic and kingdoms are at play. The overture of the opera is the most recognizable piece from the work.

2. “Great Gates of Kiev” from Pictures at an Exhibition

Mussorgsky, along with Mikhail Balakirev, Cesar Cui, Alexander Borodin, and Nicolai Rimsky-Korsakov, was part of the moguchaya kuchka, known in the West as the Mighty Five. These composers strongly favored traditional folk influences over the contemporary late Romanticism of the West, drawing on past tradition (including Glinka) for their influences. Mussorgsky is also known for writing Boris Godunov, his only complete, yet groundbreaking opera

After the death of close friend and architect/painter Victor Hartmann in 1874, Mussorgsky was moved to commemorate his friendship through a new composition. He wrote a ten-piece suite for piano based off of Hartmann’s posthumous art exhibition. The most well-known, “The Great Gate of Kiev,” represents the painting “The Bogatyr Gate.”

Tchaikovsky was an important Russian composer who contributed many great pieces of classical music, including a violin concerto, several great symphonies, and the Christmas time favorite The Nutcracker. The ballet Swan Lake premiered in Moscow in 1877. While it was not as popular during its debut, the piece was shown in Moscow and eventually reached the American stage in 1940.

Lasting nearly two hours long and divided into four acts, the story follows the love between Prince Siegfried and Swan Princess Odette, who is cursed by a sorcerer to live as a human by night and as a swan by day. Through some complicated situations arise within this conflict between good and evil, the princess finally breaks free of the spell and is united with the prince for eternity.

4. Dance of the Knights from Romeo and Juliet

Prokofiev collaborated extensively with ballets and also is known for other works, including the internationally-acclaimed children’s work Peter and the Wolf. The Dance of the Knights, also called The Montagues and Capulets, is a central moment of the ballet.

Prokofiev originally changed the tragic conclusion of Shakespeare’s play to an ending where both star-crossed lovers live happily ever after. However, this change shocked Soviet officials who subsequently shut down the project. Along with Stravinsky and Khachaturian, Sergei Prokofiev was also distrusted and targeted for a compositional style outside of the contemporary Soviet ideal for art.

Stravinsky previously worked with the great ballet impresario Sergei Diaghilev for two works: The Firebird and Petrushka. The third ballet commissioned by Diaghilev, The Rite of Spring, premiered in 1913 for a high-class Parisian audience. During this time, other composers such as Bartok sought inspiration from the raw and animalistic parts of the soul, or in the Primitivist style. Stravinsky incorporated these ideas into his composition.

The story is told that police had to come to the ballet to break up the rioting and clearly displeased audience. Vaslav Nijinsky, a highly talented yet controversial dancer, choreographed the ballet that appeared to the audience as percussive stomping and ugly technique. Starting at 4:36 in the video, the ballet tells the story of an ancient pagan community in Russia that sacrifices a young girl each year. The method of sacrifice? Dancing to death. Opening the ballet, “The Dance of the Young Maidens” is a widely recognized part, incorporating harsh syncopation and similar choreography that alludes to the idea of Primitivism.

Shostakovich wrote the first three movements of his seventh symphony while working at the conservatoire in Leningrad (now St. Petersburg). Even confronted with the pressure of the Nazi invasion of Russia in 1941, he continued to compose and work with other musicians. Eventually, he fled to Moscow and then Kuibyshev, where he finished writing the final movement of the symphony. The Leningrad Symphony became a binding piece within Russia against the forces of invasion and was broadcasted throughout the world during the course of the Second World War.

Shostakovich as a composer composed works that spanned multiple genres, including the neoclassical, late Romanticism, and other eclectic musical influences. The entire symphony is an hour long and embodies Shostakovich’s artistic expression of war, terror, global politics, and defiance against invasion. Even though his music had critics in its time (even banned in the Soviet Union following the rise of ideological rise of Zhdanovism), he is regarded as one of the greatest composers of the twentieth century.

Scriabin was a controversial composer, pushing the development of music into the modern period. Born with synesthesia, where he would associate colors with sounds, he eventually developed an atonal system of music much like that of Schoenberg. However, as a pianist he was highly influenced by Chopin and wrote many works for the piano. His great orchestral works, Prometheus and Poem of Ecstasy, showcase his mystical harmonic compositional technique. 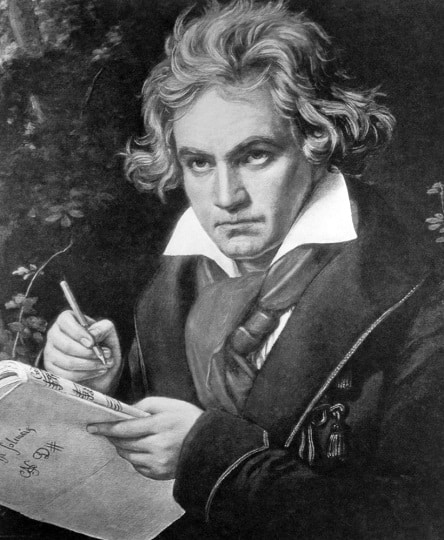 CMUSE - Sep 4, 2019
Even if you don’t know the first thing about classical music, I can guarantee there are a lot of classical tunes that you know...