Music and guitar enthusiasts are well aware of the importance of power tubes in the production of sound and voltage.

When compared with the preamp tubes, these tubes have a larger size. Whenever you dial the signals in, the power tubes preamp them and perform the amplification following the speaker levels.

The overall tone generated from the coming signals requires smoothness and shaping, provided by the power tubes. In simple words, the latter has the job of bringing control on the overall output resulting from the amplifier attached to the guitar.

One cannot deny the impact of a power tube on an amplifier’s sound. Most of the listeners cannot differentiate between two tubes at low volumes. In order to notice the differences, you need to push a little air and let the amplifier show off.

That’s when the distinguishable characteristics of the power tube are revealed. The tone of your guitar will not be alright unless you have a quality power tube.

However, people cannot decide which one of these tubes to buy to meet their needs accordingly. A comparison between EL84 and EL34 can set things straight for you.

Comparison Between EL84 And EL34

Commonly found in lower wattage amps, EL84 power tubes are popularly known for British designs. The range of watts can vary from 15 to 30. Their tone is enriched with chimney quality. Vox AC30s and AC15s have EL84 power tubes.

In addition, these tubes are also found in the DSL combo series and a few other smaller Marshall amps. The output volume and headroom provided by the EL84 power tube are low. 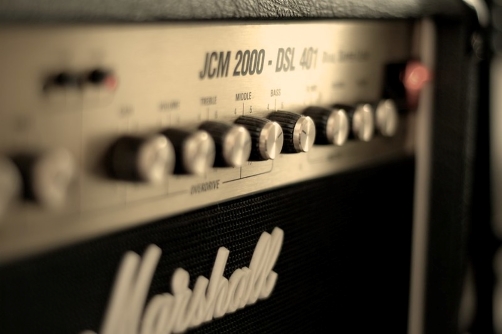 There is plenty of bite upon pushing the EL84 amps. However, some players might complain about the harshness and stiffness of the designs.

One of their most important functions is to hold distorted tones together. The sonic flavor of EL84 is similar to that of EL34 tubes. It won’t be wrong to call the EL84 power tube a ‘scaled-down’ version of the EL34 tube.

The low-end sound produced from EL84 is as bright as EL34 but more powerful. However, both of these power tubes exhibit a similar mid-range punch.

If you are looking for an amp that is perfect for giggling and practice, EL84 is the one. You can get ample tube saturation at medium ranges.

Known for the British sound, the EL34 power tube is quite popular. It is used very often in guitar amps. You can see these tubes on amplifiers from Marshall and Hiwatt, which are quite legendary. Amps over 30 watts usually feature these power tubes.

A high output wattage and quite high headroom alienate EL34 power tubes from the rest. You can expect the pair to push around 50 watts in a typical class AB amp configuration.

EL34 power tubes have a classic Marshall tone like no other power tubes. You will notice that particular crunch tone with multiple low-end and beefy midrange as soon as they are pushed. The aggression in the sound and a strong midrange are its salient features.

The size of amplifiers employing EL34 tubes is quite large. They will sound best when the volume is loud. Therefore, it’s better not to purchase them if you want an amplifier for your studio apartment.

Comparison Between EL84 And EL34

There is a striking similarity between the sound of both EL84 and EL34 power tubes. However, you can see notable differences in the headroom and output features of the two of them.

How To Extend The Life Of Tube Power Amplifier

Certain measures can extend the duration of life of your tube power amplifier. Before you use the amplifier, warm it up by turning it on a few minutes before.

If your analysis revealed that some output tubes need to be replaced, you better replace the whole set altogether. Be careful while dealing with the tubes and avoid mixing them.

If you have to move the amplifier from one place to another, make sure it is cooled down before you make a move.

The quality of signals and speaker leads must be very good. When you are done using the amplifier, store it in a dry place. Humid conditions can cause potential damage to the unit.

For the amplifier to match the cabinets you are using, set its impedance correctly. Check if the voltage you are getting has the correct value. Dirt and dust can affect the tone produced by the tube power amplifier, so keep cleaning the unit.

Designed for a different range of wattages, both EL84, and EL34 top notch power tubes. Using EL84, you get an output of low and warm volume. On the other hand, EL34 produces high voltage.