The popular version of Gospel music that appears in movies and echoes in many a church hall in the US, in particular, has its roots in the early part of the 19th Century. Both White and Black American Gospel music evolved from a resurgence in the Protestant faith that swept the US at that time. From the more serious, spiritual, hymn-based songs of early Gospel music the mixture of both European American and African American music developed into one of the most popular forms of music alive today.

One key difference between the two strands of music is that the African American Gospel music took on board influences that included Blues, Ragtime, and traditional black slave tunes. The European Gospel music was more clearly aligned with the Protestant messages of the turn of the century hymns advocating temperance, purity of spirit, and ultimate salvation. With this in mind, early Gospel music from European Americans demonstrated simple structures.

The strophic form was a common characteristic of this genre of music underpinned with functional harmonic progressions that oriented around the dominant chords in any given key (I, IV, V). Some songs included more sophisticated four-part vocal arrangements and this paralleled in African American Gospel music. One key difference was that the African American music contained a more syncopated (off-beat) feel that would have come from the Blues or early Jazz.

Another important characteristic of the African American Gospel music was born out of the desire to make Christian music accessible to the whole congregation. Dr. Isaac Watts, (a composer of hundreds of Hymns), made good use of repetition in his gospel music to help the participants learn the music. Also, ‘call and response’ was utilized in worship music to reinforce the learning of the tune and to reflect one of the characteristics inherent in traditional African music. It is worth remembering that this early Gospel music was rarely accompanied but instead sung ‘a cappella’ with the occasional hand clapping or feet stamping allowed to support the singing.

As the genre developed, Gospel music from both European American and African American gained in popularity with the religious theme gradually incorporating more secular texts. In the American Pentecostal Churches, the Gospel music began to progress into a more energetic form that we may be more familiar with today. Preachers were supported and accompanied by the congregational voices greatly enhancing the messages in the text.

Instrumental accompaniment in this Gospel music of the 1920s and 30s became increasingly commonplace. Pianos to an extent began to replace the church organ, hand percussion such as tambourines were popular as well as guitars and even brass instruments. There was a distinct division between solo and choir voices often with the soloist or preacher performing prolonged and highly virtuosic passages during the song. The choir and the soloist preacher interacted to heighten the fever and devotional nature of the music that has become characteristic of many gospel performances.

Some of the most well-known Gospel songs stem from the late 19th Century when the term or phrase Gospel music became established. The publication, by Philip Bliss (American composer and conductor), of his ‘Gospel Songs; A collection of Hymns and Tunes’ (1874),

probably assisted in placing Gospel music in the ear of many thousands of Christian worshipers. Rather than the somewhat lofty hymns of earlier years, Bliss deliberately composed music that was simple but solid, tangible, and easy to sing heralding a new era in Gospel music.

It is during this time when songs like ‘Amazing Grace’, (1772 by John Newton),

became hugely popular alongside ‘I’ll Overcome Someday’ (Reverend C.A Tindley), and many others besides.

The style of these songs became the backbone for the future of Gospel music that gathered an even larger audience as Gospel music became regularly broadcast on radio. Equally, Gospel records began to be in demand and one of the first recordings of this genre of music was by the Carter Family who spent many years recording both Gospel and early Bluegrass music. Gospel Quartets became popular, touring across the USA to promote new collections of songs and recent recordings. Groups like the Five Blind Boys of Alabama, or The Soul Sisters were outstanding examples of these small a cappella ensembles.

By this time in the evolution of Gospel music, the characteristics that we are familiar with today were fully established. Whilst Gospel remained music of the community, it moved directly into the professional arena too. The standards of musical performance began to steeply rise as artists like Elvis Presley.

Also, Jerry Lee Lewis took an active interest in Gospel music. Gospel took to ever-larger performing venues and after the Second World War, it was not uncommon for Gospel to be heard in places like Madison Square Garden.

Today, there seem to be two key types of Gospel music that divide into Black and White Gospel Music. To an extent, this split is due to the audiences each music attracts and the cultures from which the music has emerged. Both genres of music are immensely popular worldwide and share similar characteristics. Even though some Gospel artists do not specifically identify themselves as Christians, the Christian Bible remains at the heart of many texts written for the songs.

Gospel music can range from the intimacy of a four-part unaccompanied vocal quartet, through to choirs one hundred voices strong supported by full brass sections, Hammond organ, drums, bass, and electric guitars. Soloists broadly adopt the role of preacher, minister, and leader of the groups, evoking the spirit of God and the Holy Spirit in the performers and audiences alike. The fundamentals of the structure of the songs remain uncomplicated and often true to the traditional music of nearly two-hundred years ago. Improvisation from all performers with a special focus on the lead singer is a vitally important element of the Gospel.

Gospel has subdivided into a whole range of other genres including Southern Gospel, Inspirational Gospel, Traditional Gospel, and Contemporary Gospel. From the sacred to the more secular Gospel music, the performances are powerful, compelling, and beautiful with plenty of songs to appeal to enormous numbers of devotional fans. 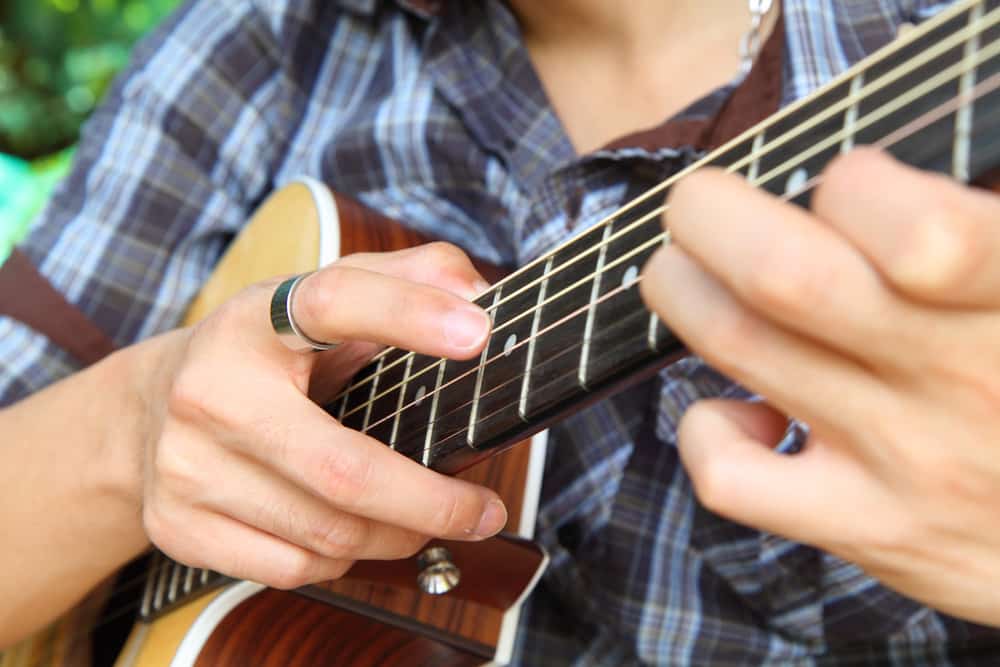