Chamber music refers to a more intimate musical setting that that of grander orchestral or operatic music. When listening to chamber music, we are likely to be hearing smaller instrumental or vocal groups like strings quartets, or perhaps singers in a barber-shop ensemble. The music composed for chamber instrumental or vocal groups is purposefully designed to explore the sonorities of the ensemble so that the intricacies of texture and form can be enjoyed.

Venues for chamber music in a sense dictate the nature of the music that’s written. Instead of cavernous concert halls or stony cathedrals, chamber music would expect to be performed in salons, lounges, to a smaller number of people. This in itself allows a greater connection between performer and audience underling a key characteristic of chamber music.

There are many different combinations of strings, wind, and voices that make up chamber ensembles. One element of these groups is that there is often no more than a single player performing any given part in the music. If you listen to string quartets, quintet, and even sextets, you will find this to be true. This makes significant demands on any composer attempting to compose for a chamber ensemble as the musical material you devise must be sufficiently robust to survive scrutiny in close proximity. It is one thing to compose soaring melodies that are carried by thirty violins in a symphony orchestra but quite another challenge to compose a melody that can be played perhaps by a single performer. The orchestral setting is nearly always going to have a more immediate and impressive effect on an audience, whereas a solo violin, flute, or tenor voice presents a whole new set of compositional difficulties.

This is what brings the appeal of chamber music, from the Baroque to the present day. Rather than the immediate large groups of instruments or vocalists, it is the private, detailed, and closeness of chamber music that invites the listener into a very different musical world. The sometimes overwhelming power of orchestral music is replaced by richly textured, meticulously crafted compositions that stand up under the spotlight.

It is thought that the origins of chamber music can be traced back to the mid-15th Century specifically in the Germanic tradition of folk-song. These folk-songs were according to several sources, adopted by small numbers of instrumental players who developed the original material into new pieces. At the time, no particular instrumental combinations were given but left to the available musicians, and in all probability performed at local gatherings of musicians. Equally, the French ‘Chanson’ (‘Canzona’ in Italian), made a valuable contribution to the origins of chamber music.

The Chanson was a secular vocal piece that became used as the basis for instrumental adaptions. As a musical form, the Chanson or Canzona was neatly put together in sections, frequently with different meters or time-signatures, that lent themselves to fluent musical development or improvisation. This offered instrumentalists of the 16th Century the opportunity to ornament or add new material to the existing music to create wholly new pieces that broadly speaking led to the Baroque suite.

Combinations of instruments began to flourish during the Baroque period, setting the stage for the chamber music that would follow in later years. The ‘Trio-Sonata’, became a firm feature of Baroque chamber music usually comprising two violins, cello, and harpsichord or lute. The cello and harpsichord were viewed as a single entity or ‘continuo’, there to accompany the two violinists. Corelli, Bach, Handel, and Vivaldi all composed Trio Sonatas that were commonly based on Renaissance dances like the ‘Sarabande’, ‘Courante’, ‘Allemande’, or ‘Gigue’. The music was beautifully intricate and highly contrapuntal with clear melodic lines, and the intimacy we have come to anticipate from chamber music.

Classical chamber music saw some major developments in this exciting musical genre. From the Trio Sonata came the String Quartet, a form that dominated the music of Mozart and Haydn. The String Quartet consisted of two violinists, viola and cello. This offered the composer a vast number of possibilities to explore elaborate textures and treat their musical material in new imaginative ways. A four-movement form developed out of the Baroque Suite and with it the emergence of sonata form that became the mainstay for the opening movement of many classical quartets. Haydn replaces the traditional Minuet with a Scherzo (musical joke), and the finale was commonly in ‘rondo’ form.

Beethoven took hold of the String Quartet and moved it in directions that would have been almost impossible to imagine a few decades earlier. His innovation and elaboration of this type of chamber music gave rise to huge developments in structure, texture, and use of motivic ideas. The level of detail and harmonic complexities are almost impossible to appreciate and extend the concept of the String Quartet into a highly sophisticated musical form. From the String Quartet chamber, ensembles like the Sextet, and Octet developed with fine examples of these in the works of Brahms and Schubert.

The Sonata also makes its first true appearance during this era now with the piano either as a solo instrument or as an equal part to a soloist such as a violin, flute, or later, a clarinet. From Mozart’s Piano Sonatas through to Beethoven’s the Sonata enjoyed great popularity as a form of chamber music throughout the classical and Romantic Period. Alongside the Sonata, where a whole new range of musical forms devoted to the ‘salons’ or private residencies of rich patrons such as the compositions of Chopin. His Nocturnes, Mazurkas, Waltzes are all examples of Romantic chamber music that remains true to the early ideals of the genre. Mendelsohn’s ‘Songs Without Words’ stands as a wonderful, poetic example of Romantic chamber music that is warmly expressive, intimate, and full of passion.

The Song Cycles of both Robert Schumann and Franz Schubert cannot be overlooked when considering chamber music. These beautiful settings of poetry from Schubert’s ‘Winterreise’

They were composed really for close friends or family, imbued with deep expression and color, often bringing the words into a completely new light that touches us in ways that music on a larger scale rarely does. Here is the heart of chamber music. 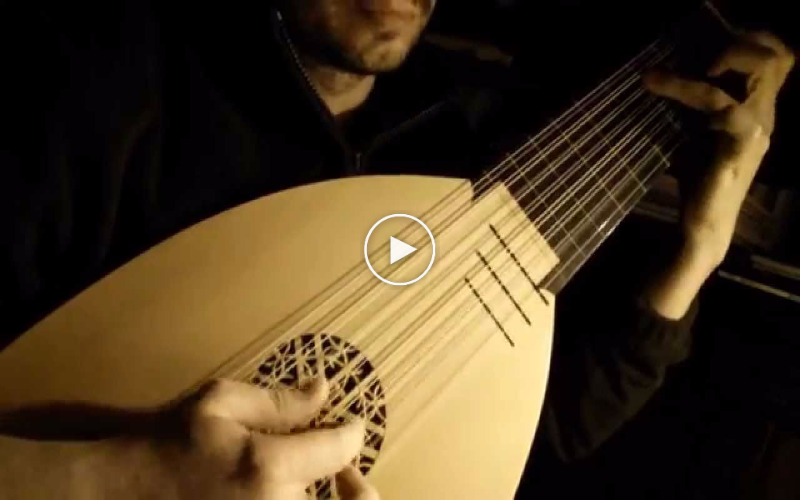 CMUSE - Mar 28, 2017
It has been quite a lot of time since the original release of Nothing Else Matters by Metallica. Since that day, it has been...