In this article, I am going to make a comparison between two extremely famous Baroque composers; George Frideric Handel (1685-1759) and Johan Sebastian Bach(1685-1750). It is often quite challenging to take an unbiased view of two such eminent composers, but also informative and even inspirational.

JS Bach came from a long line of established musicians. He was born in 1685 in Eisenach, Germany the son of Johan Ambrosius Bach, also a fine musician. Orphaned at the age of ten, he went to live with his elder brother J C Bach who was largely responsible for the young Bach’s musical education. This is where Bach began to develop his formidable skills as a practical musician, especially on the organ and the Klavier.

In spite of Bach’s status as a composer these days, during his lifetime he was in no way so well-known. His working life began as Kapellmeister in 1717 at the court of Anhalt-Cöthen where he composed many of the best-loved of his instrumental works including The Brandenburg Concertos.

Following the death of his first wife in 1720, Bach wasted little time in choosing another. In 1721 Bach married the now well-known Anna Magdelena Wilcken, to whom he dedicated his “Notebooks”[1]. Increasingly Bach became restless with his job as Kapellmeister at Anhalt-Cöthen, prompting his application for a new position at St Thomas’s in Leipzig.

His application was not successful although fortunately for Bach, the appointee withdrew and Bach was given the post. Whilst in Leipzig, Bach composed a substantial quantity of the sacred music we are now familiar with including the St Mathew Passion, The Mass in B Minor and his final work (unfinished), The Art of Fugue (Die Kunst die Fuge).

Even though Bach sustained a reputation as a formidable organist and virtuoso Klavier player, his work as a composer was not so well recognised out of his small musical circle. After his death Bach’s music all but vanished from the public ear, his work often being considered as overly protestant and old fashioned.

Mendelssohn has been credited with the revival of Bach’s music that came after a performance he conducted, of the St Matthew Passion in Berlin. Since then the numerous compositions of Bach have been catalogued, edited and comprehensively published, with Bach’s reputation as a supreme polyphonist fully restored.

Handel was born into very similar circumstances as Bach; he was even born in the same year. His background would be thought of as middle-class, within the same Protestant environment as his contemporary. Here the similarities end. Handel was what might be called a social climber and an opportunist.

He travelled extensively and made himself known to the aristocratic patrons who he knew would fund and support his ambitious ventures. Handel cut his musical teeth as a violinist in the orchestra of Hamburg where they performed many contemporary operas that perhaps contributed to Handel’s own life-long fascination with the genre.

In his early twenties Handel was able to travel to Italy; the home of opera. Handel absorbed the traditions and practices of the great operas at of the time on his travels whilst increasing his standing as a virtuoso performer. The Italian influence on his compositions became increasingly evident from then on. Handel returned to Hanover but only briefly before journeying to England where he remained until his death.

It was as a composer in England that Handel firmly established himself. He heaped lavish quantities of his own time and his patron’s money into each operatic project. The operatic works became steadily popular with the London crowds but eventually, after some lapses of artistic judgement, Handel found himself increasingly in debt. Even in the 18th century, operas were not inexpensive to stage.

Handel found that his reputation and popularity began to wane and all too soon the London audiences found him less fashionable. Undaunted, Handel wrote what was to become probably the best-known oratorio in musical history; The Messiah. Completed in a staggeringly short amount of time, Handel had managed to re-establish himself with the composition of this remarkable work and secure his legacy. Unlike Bach’s music, Handel’s gradually faded from popularity into relative obscurity.

What we can reveal in this brief summary of these great Baroque composers are two musicians whose lives paralleled in many ways but also were highly distinct.

Bach remained broadly within a small area of Northern-Germany whilst Handel travelled, eager to learn and be influenced by other cultural traditions. Both wrote a substantial quantity of instrumental works and both were recognised as virtuoso performers on several instruments.

Bach did not seek to rise through the ranks of the social hierarchy whereas Handel deliberately did so and furthered his career as a result in a country that was not his own. Bach married twice and reportedly fathered twenty children, however, Handel remained a deeply private individual who never sought the benefits of marriage.

Handel became a celebrated operatic composer as well as the composer responsible for creating the enormously popular oratorio, The Messiah. Bach was the great master of the polyphonic form, a fugal genius and Handel a melodist of immense power and sensitivity. The sacred output from Bach greatly outweighs that of Handel although he composed only one full Mass in B minor.

As Bach’s works enjoyed a revival through Mendelsohn after his death, Handel’s fell from favour and still to this day remain somewhat in the shadow of Bach. Both men experienced blindness towards the end of their lives and both underwent surgery that in Bach’s case was directly attributed to his death.

Handel never recovered his eyesight and his last compositions were notated painstakingly by his amanuensis (copyist), John Christopher Smith; himself a relatively successful opera composer.

*Many compositions, in particular of Bach, has been lost. The same is broadly true for Handel. 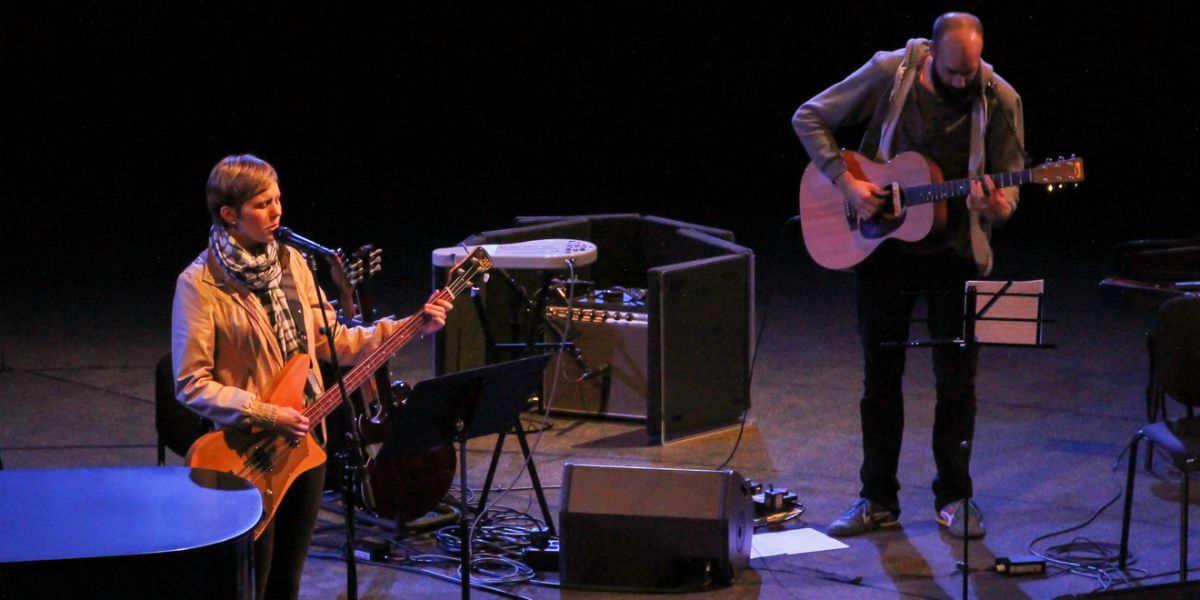 Angelica Frey - Feb 17, 2015
Part of the reason of the rise of this new figure is the liberation of independent music from the gatekeepers. It means that nowadays,...