When the name Wurlitzer appears in print or a dialogue, it usually resonates with a very particular kind of instrument. I am not talking about acoustic pianos but the epitome of cool and style in a range of electronic pianos that burst onto the music scene in the mid-1950s and has remained there ever since.

Before plunging into a closer look at Wurlitzer pianos, it may be of interest to you to hear one of the more famous pianos in action in the well-known song by the band Supertramp called ‘The Logical Song’. Here is the video.

The origins of Wurlitzer may be older than you at first imagine. Rudolph Wurlitzer began his company in the USA in 1853, not manufacturing instruments but importing them from his country of birth; Germany. This venture was relatively successful as the reputation for German instrument quality was firmly established. It was not until 1880 that Wurlitzer began to create their instruments with their name on them.

Beginning initially with pianos (of the acoustic variety), Wurlitzer soon branched out into orchestrions, player pianos, fairground organs, and possibly more well-known, the Wurlitzer ‘Church’ organ. These monumental instruments became the bedrock for many a silent movie soundtrack and assured the name of Wurlitzer a place in the history books.

Wurlitzer produced acoustic pianos from quite early in the company’s history. The design of these instruments was particularly eye-catching and innovative. Two other notable features were part of the Wurlitzer models, the ‘pentagonal soundboard’ and ‘tone-crafted hammers’. Without embarking on in-depth scrutiny of the engineering of these characteristics, suffice it to say that they were devised to enhance the richness of tone as well as make the playing experience first class.

An additional selling point to these now historic pianos, both upright and grand, was the durability of their finish. This was amusingly called their ‘Wurl-On-Finish’ that made the pianos highly resistant to temperature changes and moisture or dryness in the air. Many of these instruments have stood the test of time and if you should find one in good condition, you will not be disappointed.

Other pianos featured in the Wurlitzer catalog for which they became equally well-respected and renowned. This included the range of mechanical instruments that were built around the turn of the last century for approximately thirty years. Keep in mind the Wurlitzer motto at the time was “Everything Musical”, so you can understand the entrepreneurial diversity with which the company approached the market of the time.

One of the more delightful additions to this list is the coin-operated, ‘nickelodeon’ pianos. These nickelodeon pianos were the pre-cursor to the jukebox that Wurlitzer also went on to develop and manufacture. They became as famous for these beautiful, mechanical devices as they did for their keyboards. The concept behind the nickelodeon piano was simple; put a nickel coin into the piano’s slot and it would play you a tune.

As a piece of entertainment, it was a brilliant invention. Not only did the piano play your music, but its keys also moved correctly to the music, often glass panels illuminated and it made good money for the owner. (Incidentally, if you were thinking of buying one, you will need a figure of around $30,000 for a perfectly restored model).

Wurlitzer made a solid attempt at the other end of the piano market with its ‘spinet model’. Unlike the enormous Wurlitzer Organs or the electronic player pianos, the modest spinet piano was purposely created to fit more modest spaces whilst not compromise the quality of tone or build. The range of the spinet was still usually a full seven and a quarter octaves, but the case was just about as compact as it could be.

Some spinet’s for example stood at only 37 inches in height but were presented in beautifully crafted walnut cases. From reviews of these pianos, the action is quite light and easy to play, with a warm and full tone throughout the compass of the instrument. In terms of price, you will normally find them considerably more affordable than the nickelodeon pianos mentioned above.

The type of Wurlitzer piano mentioned at the opening of this review is where I move on now. Of all of the many and diverse musical creations that Wurlitzer can claim as their own, the electronic piano collection stands tall amongst its competitors even today.

The electronic Wurlitzer piano was produced from the 1950s onwards and came in a variety of shapes and sizes including the iconic ‘stand-alone’ stage model with chrome legs. Wurlitzer did not embark upon the manufacturing of these electronic pianos lightly.

A substantial amount of time was invested in researching mechanical action on these instruments as well as the means to produce the sound. Both of these areas of research, amongst others, defined the Wurlitzer EP sound and feel. Many describe the early EP’s as playing like an upright piano but with the bonus of being completely portable.

It was in 1954 that Wurlitzer produced their first EP. This was unceremoniously titled the EP-110. What separates this piano from its rivals is the way it produces the sound. Fender Rhodes made an equally fashionable electric piano that has also stayed highly popular today, but that whose sound is radically different from the Wurlitzer.

The EP-110 uses metal ‘reeds’ (a flat strip of metal similar to a wooden reed on a saxophone or clarinet), of differing lengths according to the desired pitch to make its sound. These reeds vibrate when struck by the felt hammers and the vibration is then ‘picked-up’ in a similar way to that of an electric guitar.

The resulting tone or timbre is quite distinct from a Fender Rhodes that uses ‘tines’ (that more closely resemble tuning forks), is harder, even described as having a ‘bark’. Another distinguishing difference is the sensitivity to the dynamic performance that the Wurlitzer EPs possess. When played softly they have a bell-like quality, but when pushed to produce a more extreme dynamic, they are sound almost ‘overdrive’ and slightly distorted. This tonal quality proved immensely popular amongst the bands of the 1960s and 70s.

In the 1960s, Wurlitzer moved onto the 140-model using solid-state technology, and the 145 used a tube amplifier. The 200 series eventually superseded previous models and this incorporated two loudspeakers.

Today Wurlitzer is part of the Gibson Guitar Cooperation and sadly the pianos of any variety are no longer made. You can still find vintage Wurlitzer pianos or you can opt for one of the many very credible software libraries and play the ‘virtual’ Wurlitzer instead. 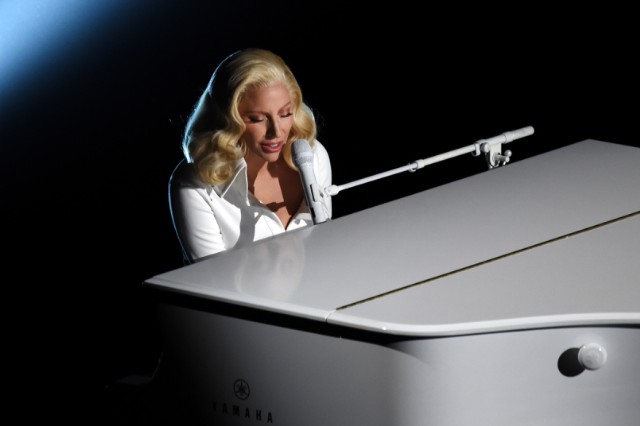 Angelica Frey - Mar 2, 2016
Lady Gaga is slowly morphing from eccentric pop star to Old-Hollywood chanteuse, displaying a composure and a voice whose power reminds us of divas...