I expect some of you reading this title, you may counter with, well, it’s not, but let’s look further into this decade of music to give it a fair chance to prove its worth. The 80s for those of us who lived through it, was a time of questionable fashion trends, curious haircuts, all accompanied by some astonishing popular music. There was a radical change in direction for popular music not only because of the revolutions and innovations in music technology but also in terms of stylistic diversity. The 80s saw the rise of Punk, New Wave, Electronic, Soft Rock, and the more middle of the road out and out Pop music. Each of these, plus other musical styles that emerged from the late 70s into the 80s made an essential contribution to making the decade truly memorable.

One of the most reliable sources of popular music information is NME (nme.com). According to an online survey from NME, the top-selling 12″ of all time is New Order’s ‘Blue Monday’.

For many people, this single track exemplifies all that was great about the music of the 80s. There is a bleak, machine-like intensity that sets the tone for this song. The familiar sounds of looped drum-machines, string synths, and bouncing bass lines, all topped with dry, sullen vocals make for a compelling track that captures the essence of the 80s. Looking further into the track, the bleakness of the political situation is also in my opinion, mirrored in the song, highlighting the struggles that were associated with this decade. Even with this dark undercurrent, the music, full of hooks and driven beats, invites repeated listening.

Another style of music that entered the popular music charts was Ska. This was not music that originated in the 80s but in a sense was revived through immensely popular groups like The Specials. The band adopted a ‘mod’ look with pork-pie hats, sharp black suits, and loafers for footwear. Alongside their music, this image helped secure the band a place in the minds of everyone who saw them. In their hit track ‘Ghost Town’, the tension and dismay at the politics of the day came through with a clear message.

The Specials adopted a more direct commentary on the struggles of the time in this sing than New Order, using their music to make adept social commentary.

If neither of these 80s hits convinces you that this was a wonderful decade of music, let’s look at another massive chart-topper that falls neatly into the genre of anthemic arena rock. One band, that heralded from New Jersey, USA, captured the hearts and allegiance of tens of thousands of fans with their legendary hit ‘Livin’ On A Prayer’.

Written by Jon Bon Jovi and Richie Sambora, this song has become the epitome of a rock anthem and subsequently has become the signature song for the band. The song tells the story of Gina and Tommy, whose devotion to each other, despite tough times, sees them through and is reflective of the tough times many experienced in 70s America. What makes the song such a hit is not only the powerful vocal delivery, and band performance, but the chorus resonates with everyone who hears it and is instantly memorable.

Of the huge number of superstars to emerge from the 80s Madonna remains one of the most celebrated and iconic still performing today. Her song ‘Like A Prayer’ became a controversial hit in 1988.

Like many songs to be composed in the 80s, ‘Like A Prayer’, chose socially difficult material to present to the public. In this case, Madonna, in conjunction with producer Mary Lambert created a video for the song that made the lyrics all the more poignant. Issues of bigotry and racism are at the center of this upbeat track. In this sense, the popular nature of the music juxtaposes with the troubling focus of the song. The song uses elements of gospel music in conjunction with the popular music style common to the 80s to create a song that on the surface is just a great pop success but underneath has much more to say.

‘Synthpop’ was very much in favor in the 80s making full use of new technology that exploited synthesized sounds allowing musicians to develop and explore sounds that up until then had not been possible. British band The Human League became synonymous with the ‘New Wave’ movement in 80s pop and wrote several stunning songs that not only used synthesizers and drum machines to generate their unique sound but hit songs that are still popular today. ‘Don’t You Want Me Baby’ is exactly that and has all the ingredients that you would want in a song from this era.

The track is the story of love gone wrong that lead singer Phil Oakey conveys brilliantly in his vocal delivery making an irresistible package that remained in the number one slot in the UK charts for five weeks.

Another huge star who made his name eternal in the 80s was Michael Jackson. Even though Jackson had been performing to great acclaim with The Jackson Five, it was in the 80s that his solo career took hold and catapulted him directly into the musical spotlight where he stayed until his untimely death. With over 10 million copies of this song sold worldwide, it remains one of the most iconic songs of the decade. ‘Billie Jean‘ was released in January of 1982 with almost immediate success.

It was the second single Jackson released from the renowned ‘Thriller’ album. Jackson’s passionate vocal performance on this song coupled with a lyric that tells of Billie Jean’s claim that Jackson is the father of her son makes this song captivating. Stylistically, the song has a kind of disco feel with a square four-beat drum pattern, underpinned by a subtly moving bassline. Live brass sections punctuate the synth patterns in what has to be one of the best songs to come out of the 80s. 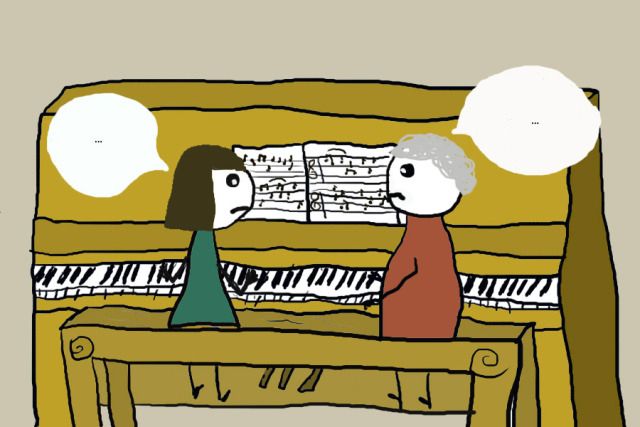 Jordan Smith - Apr 29, 2015
The memories a lot of people have of piano lessons at school makes it easy to forget that some of the greatest composers also...

2Cellos cover Michael Jackson’s They Don’t Care About Us