The long-running debate about whether classical music appeals today to a broad enough section of the population was given fresh life last month with the opening of Paris’s new concert hall. As we have already reported, one of its key aims is to open classical music up to a non-traditional audience.

However, some believe there’s more to the challenges faced by classical music than where the concert halls are located or how they are designed. Clive Brown, a professor of music at Leeds University in the UK, claimed in a recent article that its really the lack of improvisation by contemporary musicians that’s to blame.

Brown notes that up until the early 20th century, it would have been taken for granted by composers and performers alike that a musical score was merely to be seen as a guide, rather than the letter of the law. As Brown writes, performers of the 18th and 19th centuries saw the process of interpreting music as “more fluid, more personal – composers expected them to understand the hidden messages behind the notes.” The creative element is what classical music is missing, according to Brown, who describes much of today’s musical performances as a “stiffly formal distortion of what the greatest composers and performers of the past expected.“

Illustrating his point in a separate interview with the Conducting Business podcast, he mentions an early 20th century American composer, Edward MacDowell, who even wrote on his score the specific chords he wanted played exactly as they had been written, because he assumed that otherwise musicians would have improvised while playing them. Brown claims that this all changed in the 1920s and 1930s, with the wave of modernism that swept through music encouraging a change in style. Only in jazz and some elements of pop was the tradition of free creativity maintained, he adds.

Yet there are some musicians out there already who are reviving the improvisational tradition.

Gabriela Montero, who is interviewed on the same Conducting Business episode, explains how she has sought to work creativity in to her music since childhood. During her performances, she’ll even seeks inspiration from the audience as a starting point for her improvisations.

Then there is Hilary Hahn, the violinist who’s collaboration with German pianist Hauschka on the album Silfra was featured in the Washington Post in 2012. Her unique style has earned her much praise for her interpretations of a number of pieces, such as here with Prokofiev’s violin concerto number 1 in D major.

Brown’s appeal is for young musicians to be taught the art of improvisation during their studies to produce a new revival of improvisation, which he argues goes back to great composers like Mozart, Liszt and Brahms. Brown no doubt makes some valid points, and classical music does of course have its own specific tradition with regard to improvisation. A reengagement with this legacy would be no bad thing.

But it’s worth baring in mind that similar complaints have been raised in other music genres. The nostalgia felt by many rock and pop fans for the 1960s and 70s is often linked to the raw and creative sound of the time, in contrast to the over-production imposed upon contemporary artists by the music industry. The availability of digital recording and editing software means that there’s little room left for imperfections in a recording, which in actual fact are often the springboard for improvisation and creativity.

Another difficulty Montero raises in her comments is that the music industry is so determined to label performers in a particular genre or style that it discourages improvisation. A career as a concert pianist or violinist can be at risk if, as has happened with Montero, a musician is labelled as a “cross-over artist” due to their preference to improvise during their appearances.

These are all pressures that are hard for individuals to resist on their own, suggesting that the issue is more than education and training if the art of improvisation is to gain broader acceptance. 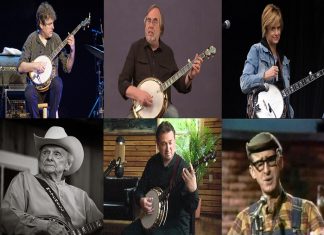 CMUSE - Feb 2, 2018
https://youtu.be/LdfKfM85WI4 Feel free to Subscribe to Our YouTube Channel if you like this video! The banjo has grown by leaps and bounds since it first made its entry...

5 Classical Music Pieces for Electric Guitar You Should Listen To