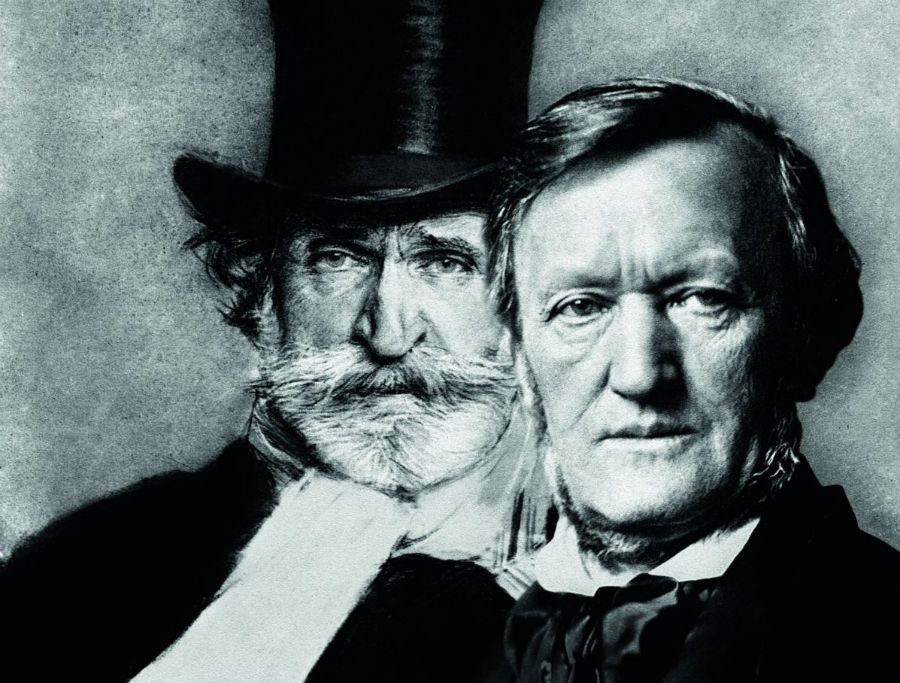 If you’re not familiar with the history of the two men, Verdi and Wagner composed operas in the same time period, and had nearly opposite story-lines for their work. It goes without saying that because of these, they were individually critical of the other’s work (which is nice way of saying they didn’t like each other’s operas very much).

Though the two men never actually met each other, it is on record that each had negative things to say about the other’s operatic writing style. It’s important to note the differences that contributed to this rivalry. Verdi’s Italian opera style was written around the singer’s talents, a style called bel canto or “beautiful singing.” His more popular and famous works are “Aida” and “La Traviata.”

Wagner on the other hand was German, and his operatic writing style involved a more comprehensive inclusion of musical art forms to comprise the whole of the piece. This involved more than just the words and notes in the music, and even beyond the singers and performers. His comprehensive writing also included staging, lighting, and the performance space itself. It seems like he might have been a little more of an innovating writer than perhaps Verdi was.

Nevertheless, we love them both!

All in all, their seeming dislike for each other’s work is satirized very well here through the excellently animated facial expressions of Verdi and Wagner.