When the Salzburg Festival ended its first decade in the 1920s, it had grown to an established international tradition of music and theater arts for Austria. Co-founded by Hugo von Hofmannsthal and Max Reinhardt, with additional support from Alfred Roller, Richard Strauss, and Franz Schalk, it expanded from a few days to the entire month of August, and featured artists from Salzburg, Vienna and other European cities. However, throughout the 1930s, the festival faced increased economic and political obstacles despite its cultural success. The decade ended with the beginning of World War II.

The festival celebrated two anniversaries in the early 1930s. One was the event’s tenth anniversary in 1930. That celebration included the naming of the Max Reinhardt Square in front of the festival theater. The other was in 1931 for the 175th anniversary of Mozart’s birth. The program included five Mozart operas, a ballet premiere, and chamber and orchestral concerts. The children of Salzburg presented their version of the morality play, Jedermann, and the Budapest Philharmonic accepted the invitation to mark the first performance of a foreign orchestra. The length of the festival extended to five weeks from July 25-August 31 and the radio broadcasts of the performances reached the United States.

Economic problems forced the 1932 festival to work around budgetary constraints. The Great Depression was in the U.S. but its effects were felt in Salzburg. A further economic blow implemented by Hitler in 1933 was the Thousand Mark Ban or Tausendmarksperre. This meant that German citizens had to pay 1,000 Reichmarks if they wanted to travel to Austria from 1933-1936. As a result, the number of festival attendees from Germany dropped from almost 13,000 in 1932 to less than 800 in 1933.

With the drop in tourism, event organizers aimed their advertising to attract new audiences and to encourage wealthy Americans and Europeans to enjoy the Alpine scenery and architecture as well as the concerts. The Salzburg Festival was promoted as the Austrian counterpart of the Bayreuth Festival in Germany. During the mid-1930s, Salzburg native, Herbert von Karajan, made his conducting debut at the 1933 festival. Arturo Toscanini and Bruno Walter conducted many of the new and revived operatic productions until the Anschluss in 1938 when Nazi Germany annexed Austria.

The Salzburg Festival saw many changes following the Anschluss. Nazi presence was visible with Hitler’s troops and flags. Hofmannsthal’s play, Jedermann, was pulled from the program even though it had been a part of the festival since the beginning. Many of the artists who had been mainstays of the festival left Austria because they were either Jewish or were unwilling to participate under the Nazi regime. Among those who left were co-founder Max Reinhardt, and conductors Bruno Walter and Arturo Toscanini.

World War II began September 1, 1939, the day following the close of that year’s festival. Each year during the war, the original, positive intent of the festival eroded. Names of some of the venues were changed and the festival was used for Nazi propaganda. Soldiers made up the majority of the audience. The Salzburg Festival Society was disbanded in 1942 and replaced by a general artistic director, conductor Clemens Krauss.

In 1943, Hitler ordered that the word “festival” was no longer allowed as part of the Salzburg Festival name. The new name was Salzburg Summer of Theatre and Music. The event was for wounded soldiers and workers in armament factories. The next year, 1944, all of the various music and theater festivals were canceled throughout the Reich by order of the propaganda minister. Krauss, as artistic director, used his connections with Berlin to get permission to go ahead with a dress rehearsal of a new opera by Richard Strauss. Had the festival taken place, the world premiere of this opera, Die Liebe der Danae, was to honor the composer’s 80th birthday.

The unconditional surrendered of Germany on May 7, 1945 marked the end of World War II in Europe. American troops were in Salzburg and some artists who had been in exile during Nazi occupation returned. The festival would revive its original purpose of serving as a place where people of various nations could celebrate the arts. Works that had been banned since 1938 were reinstated. Mozart’s opera, The Abduction from the Seraglio, was broadcast to the U.S. The audience consisted of Austrians and members of the armed forces. It was a scaled-down festival, only lasting two weeks, but an important step in bringing back the atmosphere before 1938.

New artists were welcomed while those who had been Nazi sympathizers were blacklisted pending investigation. Building names were restored to their originals. Bruno Walter returned to conduct in 1949. Theater productions honored the 200th anniversary of Goethe’s birth. The year and decade closed with the Salzburg Festival not only surviving but with innovative plans on the horizon. 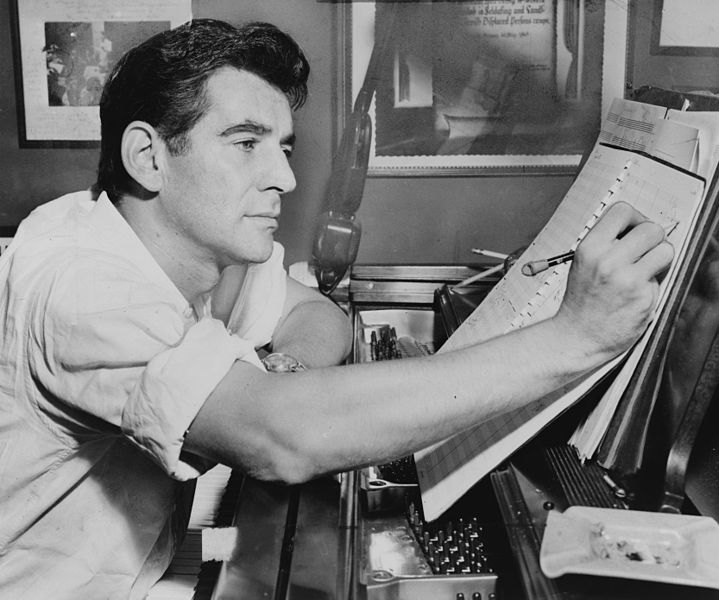 Jordan Smith - Sep 4, 2016
CMUSE relies on the loyalty and generosity of its readers to keep bringing you news, interesting stories, interviews and a bit of fun from...

When You Can’t Afford a Drum Machine… Plastic Cups Might Come...