In orchestras of today, it is perfectly normal for there to be in excess of one-hundred players. These players are commonly thought of as dividing up into ‘families’ of instruments that under usual circumstances, sit in groups together. (I say usual circumstances, as some contemporary composers call for unconventional seating arrangements). Orchestral families are as follows; strings, brass, woodwind, and percussion. Below, the little diagram nicely illustrates how these groupings work in a practical setting. 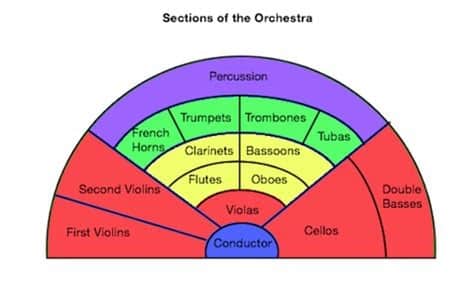 Each of the orchestral families has its sub-divisions. The string family, for instance, includes violins, (first and second), violas, cellos, and double basses. In the woodwind family group, you can have piccolos, flutes, clarinets, oboes, cor anglais, and bassoons. Brass is a large collection of instruments that regularly includes, trumpets, trombones, French horns, and tuba. The percussion family contains an increasingly bewildering array of instruments that includes, timpani, cymbals, tubular bells, vibraphone, and tam-tams, and bass drum. Other instruments that should be mentioned are the orchestral piano and the harp.

The Lowest Sounding Instrument In The Orchestra

What then are the lowest instruments of the orchestra? One easy way of recognizing an instrument that plays low sounds is its size. The bigger the instrument, the lower the sounds it produces. If we begin with the string section, the instrument that plays the deepest, darkest tones is the double or contrabass. It can have four or five strings that are usually tuned to the following notes; (C, E, A, D, G). The fifth string or extended fourth-string allows the double bass to reach down a major third lower than it normally wood adding an even more menacing mood to many 20th-century compositions. For a good example of how this instrument’s sounds consider listening to ‘The Elephant’ from Saint-Säens ‘Carnival of the Animals’.

If the range of the double bass is not enough for your ears or indeed your composition, you may wish to consider using the ‘Octobass’. This giant of an instrument stands nearly 3.5 meters tall and represents a challenge to play by even the most seasoned double-bass player. It has only three strings and a fretboard to assist pitching notes. It also requires the performer to use a series of levers and pedals to operate it alongside a large bow. The first accounts of this rarity date back to around 1850 in Paris from the manufacturer Jean-Baptiste Vuillaume. Its range is an octave lower than the standard orchestral double bass but is not a commonly used string instrument.

The brass family boasts a formidable range of instruments, many of which are capable of playing extremely low notes. The French Horn can play what is known as ‘pedal’ notes that can reach to an ‘E’ below the bass clef. The French horn is not the lowest of the brass instruments, and even though the bass trombone can produce some impressively low notes the award for lowest notes in the brass family goes to the Tuba. Many different types of tuba can be found in orchestras today but the one that can reach the very lowest pitches is the B flat contrabass tuba. To place this instrument in context, it is supposed to be able to play the A flat one semitone lower than the lowest note on the piano. It is also claimed by some players that they can play notes over an octave lower than the lowest note on the piano or the equivalent note to the 32′ ‘C’ pipe on an organ.

There are several extensions to this already very low-pitched instrument called the ‘subcontrabass tuba’. This instrument takes the range of the contrabass tuba a further octave down really into the sub-frequencies that are used to great effect in electronic dance music. One of the first examples of this instrument is attributed to the inventor of the saxophone, Adolf Sax (1814-1894).

In the woodwind section, the lowest notes in any given piece of orchestral music would be played by the bassoon. Orchestras and composers today have a more extensive selection of options that include bass and contrabass clarinets and contra or double bassoons. The bass clarinet provides a warm, round bottom end to the woodwind section playing down to a sounding B flat, two octaves lower than the middle ‘C’. The contra-bass clarinet dives down an octave further adding a dark, woody timbre to the orchestral soundscape. It is the contra-bassoon that supports the lowest pitches of the woodwind family.

The contra-bassoon looks similar to the regular bassoon but the ‘tube’ doubles back on itself to give an even longer extension to the instrument. Like the bassoon, it is a double-reed instrument but the reeds are larger and thicker producing a tone that almost buzzes in the lowest register. The contra-bassoon can reach the B flat at the very end of the piano’s range matching the double bass and the tuba. There is the option to extend the range down a semitone to an ‘A’. The contra-bassoon dates back to the mid-18th Century and can be heard in Baroque works like JS Bach’s ‘St. John’s Passion’,

and GF Handel’s ‘Music for the Royal Fireworks’.

The construction and keywork of the contra-bassoon remained largely unchanged since the design in the 19th century by Heckel that comprises a complicated set of holes and keys that to the untrained eye appear unfathomable.

Whilst it is not a permeant member of the orchestra, the pipe organ features in many 20th and 21st century compositions in the orchestral setting. These include works such as Saint-Saëns ‘Third Symphony’;

This is a small selection of the range of works in the current orchestral repertoire and worthy of mention. The origins of the pipe organ date back many centuries, but essentially the construction has remained unaltered for a long time. Most importantly is the range of this ‘king’ of instruments. It is the ‘pedals’ on an organ that produce the lowest pitches. The organ in the Royal Albert Hall in London has its largest pipe at a staggering length of 42 feet. These extremely big pipes produce notes as low as 16.4 Hz almost beyond the hearing capacity of humans, making it the lowest additional instrument of the orchestra. 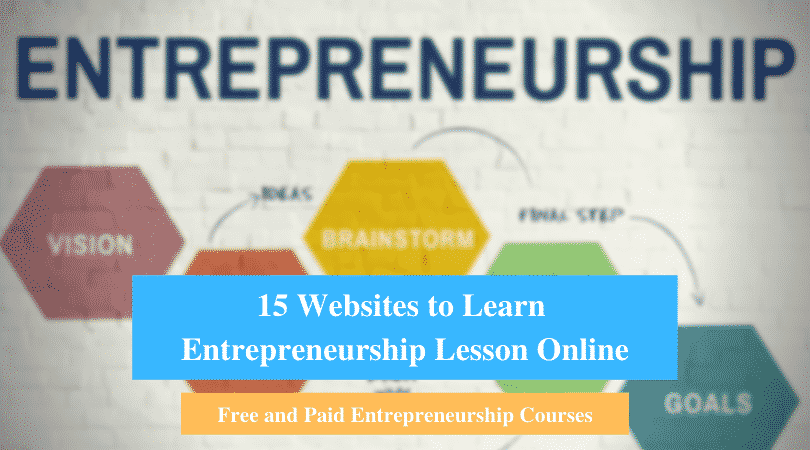