For many years I have labored under the misapprehension that I had a fairly sound grasp of the different kinds of piano that there available now or throughout its history. That was until I recently discovered a rare and slightly curious instrument called the Tangent Piano. As it transpires, this rare keyboard is a kind of a cross between a modern-day piano and a harpsichord, both in appearance and sound. As far as I can ascertain, the first example of a tangent piano stretches back to somewhere around 1705. One Pantaleon Hebenstreit (1658-1750), a teacher, dance instructor, and musician, is thought to have invented the first tangent piano that he rather egocentrically named the ‘Pantalon’.

It was German-born Christoph Schroter who is one of the first credited makers of the tangent piano. He claimed that he invented a new type of playing mechanism that utilized a damper and a variation on the harpsichord plucking method of producing the tone. Instead of plucking Schroter allowed the ‘empty jack’ to strike the string rather than pluck. This seems perfectly plausible either as a discovery or an accidental find. What is more certain is that the pantalon was being manufactured by 1727 by Gottfried Silbermann.

By the late 18th century, the tangent piano or as the German’s called it ‘Tangentenflügel’, was being made by several manufacturers and gaining some ground against the new fortepiano and the now outdated harpsichord. Mozart mentions the tangent piano concerning the manufacturers called Franz Joseph Späth and Schmahl, and it was these tangent pianos that soon became exported across the world.

This six-octave piano was a genuine interest amongst musicians of the period. Not only did it present the opportunity for a greater range of dynamics, but the tone the instrument produced was appealing after the dominance of the harpsichord. Some of these instruments still survive with one of the finest examples part of a private collection in Germany that dates from 1796. A Berner tangent piano from the late 18th Century given to King Christian the 7th resides in the museum of Copenhagen.

Tangent pianos were not only manufactured in Germany but also Italy and in England. Charles Tute remains one of the most renowned makers of the tangent piano with his own development of the tangential action that uses a two-lever action. One lever moves the hammer to the string, the other lowers the damper to allow the note to sound. Tute’s pianos were classed as ‘square pianos’ that were characteristic of the English model. Inside they used leather-covered hammers in addition to a single lute stop. Even though these instruments were used in England their manufacture was not as widespread as in Germany. As a result and with the development of new actions the tangent piano disappeared from the musical arena.

Whilst this is not an easy image to conjure, perhaps hearing the tangent piano will help in imagining how the mechanism works and why this instrument gained such notoriety.

This is the well-known Mozart C minor Fantasy played on the Tangent Piano:

Given the short period in which the tangent piano existed, there is not a vast amount of music that is specifically written for it. The CPE Bach concerti may have been composed with the tangent piano in mind and very possibly some of his sonatas, rondos, and fantasies from the 1779-1787 period. Equally, the other offspring of the great JS Bach is thought to have written quite extensively for the instrument. What is interesting about whether or not these composers specifically composed for the tangent piano, is the number of recordings in which artists have chosen this instrument with which to perform works from this period.

Furthermore, these performances do not make the music sound out of place, or uncharacteristic for the period, it sounds credible. It seems reasonable to me to suppose that CPE Bach and his contemporaries would have taken an active interest in the tangent piano and probably composed with its new sound in mind.

If you are interested to see if you can spot a tangent piano, remember they come mostly in two distinct shapes, the ‘grand’ piano, and the ‘square’ piano. This outer shape can be misleading and you will need to look inside the instrument for the characteristic ‘tangent’ that produces the sound to be sure that the instrument is a tangent piano. It was this simple action that allowed the performer to play with great speed and expression.

The absence of dampers in the modern sense gave the tangent piano a brilliance of timbre that assured its popularity for a short time alongside knee-operated levers that had effects such as ‘una-corda’, ‘harp’ or ‘lute’ stops. This contributed to the versatility of the tangent piano giving the performer and the composer far more opportunity to create new sounding pieces and performances.

Perhaps if nothing else the tangent piano can be given its rightful place in the evolution of the piano that we now view as a vital instrument in our world today. The invention of the new mechanism for the tangent piano almost certainly contributed to the development of the 88 keyed, iron-framed concert grand and as such we owe it a debt of gratitude. 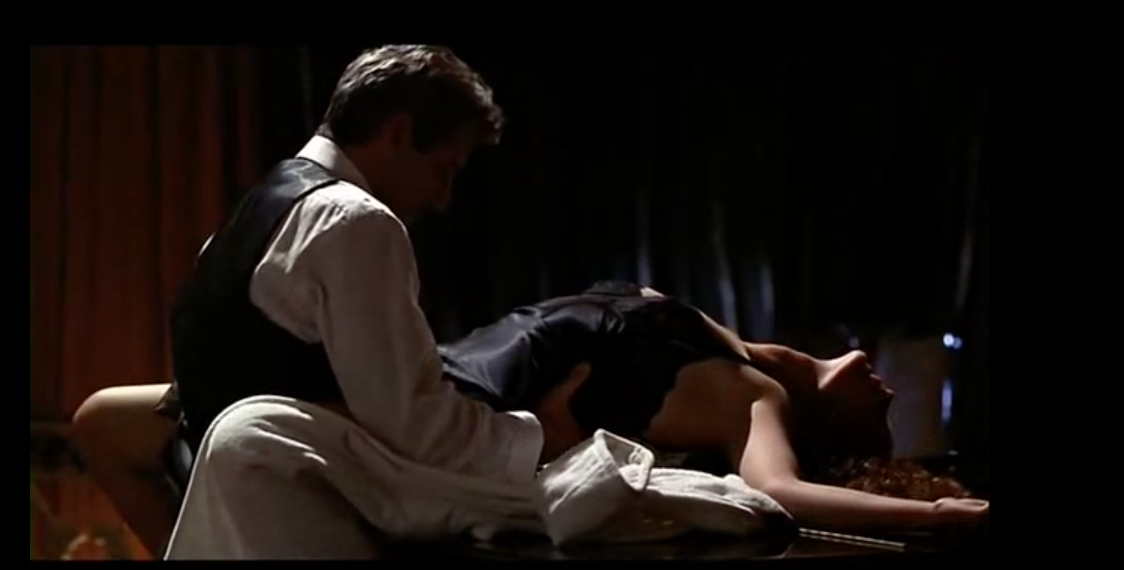 Ten Sensual Classics because yes, Classical Music Can Be Sexy