Since its advent, the guitar has been a rebellious instrument to maintain its image among all the other instruments. With the help of this versatile instrument, the world of music is open to you!

An amplifier is being used with many guitars to amplify the sound. Most of the guitars give a tremendous result with amplifiers. This fantastic gadget not boosts the sound but also ensures that the guitar tone is controlled and its natural tone is maintained.

To maximize the functionality of the guitars, The amplifiers have been helping many musicians and guitarists for years! It is very expected to see them during live performances and concerts. 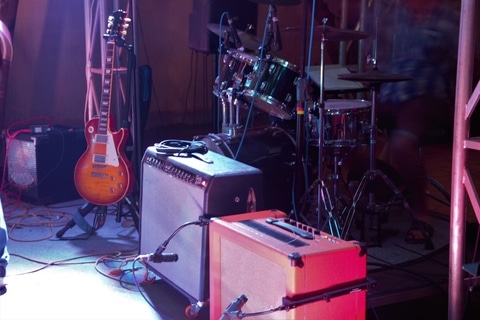 There are various guitar amplifier brands available in the market. The debate to choose the best brand has made most of them the competitors. Standing out in this competition is a great deal.

PRS and Fender are the most famous amplifier brands. They have been introducing great and innovative amplifiers for years. But PRS Sonzera 20 and Fender Deluxe Reverb amplifiers have made their brands the talk of the town!

To select one of these two amplifiers, here’s a brief comparison.

The mary-land based company has been introducing highly figured amp since 1985. The amazing amps have features to control the tone instead of being controlled.

The brand comes first among all the other top brands because of its high-quality and impeccable amplifiers. The amplifiers are expensive but reliable enough to be the best companion for your guitar for years! 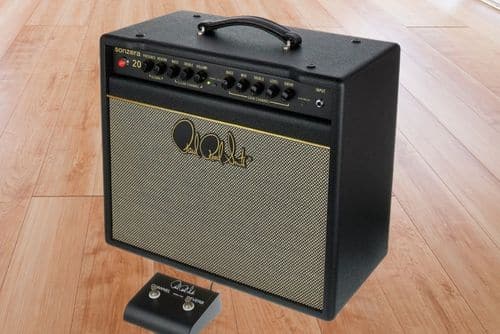 PRS Sonzera 20 is one of the most popular amplifiers introduced by PRS. The guitar is a 20-watt all 2-Channel guitar comb amplifier, aiming to evoke the best vintage tone.

Sonzera’s two channels are each tuned for maximum clarity and distinction of the notes. It comes loaded with a single 12-inch celestine V-type speaker at 16 Ohms.

On the front panel, the amp has a single-quarter-inch guitar input jack. The clean channel controls volume, treble, and bass, while the lead channel has bass, mid, treble, level, drive controls, and a toggle.

The front panel has a global presence and global reverb control, while the back panel has the outputs for 4, 8, and 16 ohms loads. For a wide range of tones, the global presence control and the tone stack may be used by players.

The global reverb controls included in the Sonzera 20 Combo are used to enhance and not cloud tones. The footswitch can be used to turn the reverb on and off.

The 16-ohm load is connected to the speaker, and the 4, and 6-ohm load is for the extension cab. The amplifier has a jack for the two-button foot switch, which includes the effects loop, power, and standby buttons.

The built-in effects loop allows guitarists to utilize all their time-based effects without affecting the amp’s overall tone. The quite impressive functionalities of the PRS Sonzera 20 amplifier, has not been achieved by many of the top rated amplifier brands.

The amp weighs in at a manageable 42 pounds. Additionally, the PRS Sonzera 20 Combo is built to withstand wear and tear and be easily serviced and repaired. 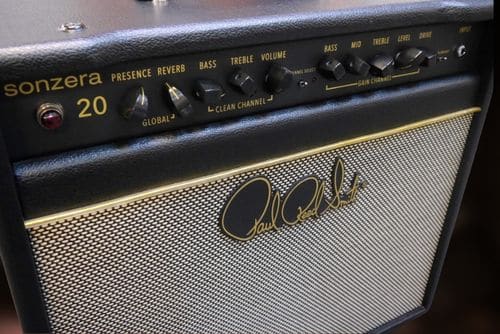 Rather than using push-on connections, all the wires are soldered to the steel chassis of the power tube socket. A reliable amp for the stage and the studio, the Sonzera 20 Combo has a sturdy build, a wide variety of tones, and precise control!

The black and cream grill cloth with gold piping gives it an incredible look. The stylish and innovative look of the amplifier makes it a center of attention among all the other amplifiers.

The amplifier adds the aesthetic yet stylish look in the studio or at the stage.

PRS Sonzera 20 not only fits with your guitar but also with the pricing. The amplifier price is just $999. The features and the functionality it provides are very difficult to find in any other competitors’ amplifiers in this price range.

If you buy yourself a PRS Sonzera 20, it will definitely be the best companion for your guitar for years!

Fender is a well-known American-based manufacturing company for instruments and amplifiers. The amplifiers introduced by Fender by hundreds of musicians make it the world’s leading manufacturer.

With each passing year, Fender’s reach has expanded, giving a wide range of performance experiences using their great amplifiers. 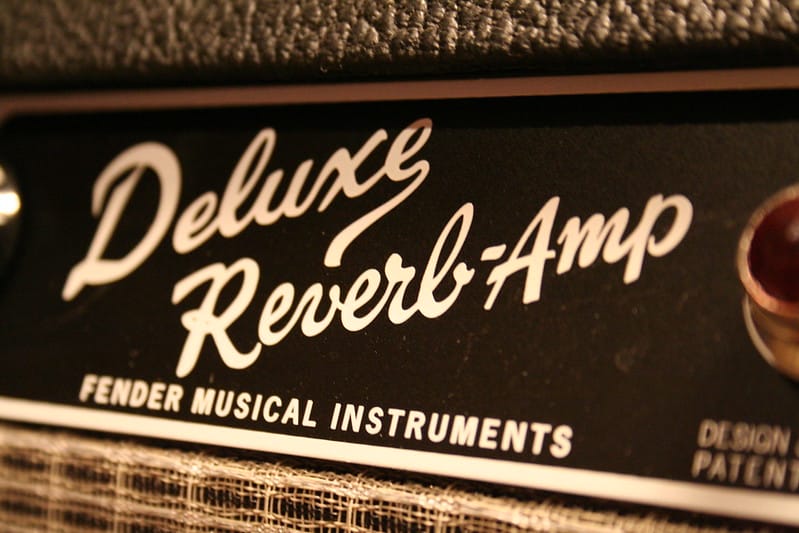 Fender created some of the best guitar amplifiers in the market during the 1960s and, of course, up until now. Their amplifiers have become the best fit for unlimited guitars till now!

Fender has introduced an incredible Fender Delux Reverb amplifier that has become one of the most famous amplifiers worldwide. The company has named it the Tone Master.

he Fender Deluxe Reverb delivers 22 watts of incredible tone and comes with built-in tube reverb and vibrato effect that you can kick on with a foot switch.

The amp has a 12-inch speaker with two channels for normal and vibrato mode. The second channels have a six-decibel pad on them.

The Fender Deluxe Reverb is widely valued by enthusiasts across the world. You can get a lot of different sounds out of this amp.

The reverb and vibrato are top-notch, and when you crack it to ten, you’ll see that deluxe reverb has a natural overdrive that is perfect for blue rock tunes.

The versatile Fender Deluxe Reverb is portable and has a tremendous punchy tone. The most pervasive thing about this amp, it is pretty bright and doesn’t have a harsh tone.

Thank goodness Fender has done us a favor by releasing the Deluxe Reverb Reissue, which features the iconic design and sound. The amplifier is covered in black textured vinyl and silver grille cloth. It weighs in at a manageable 44 pounds. 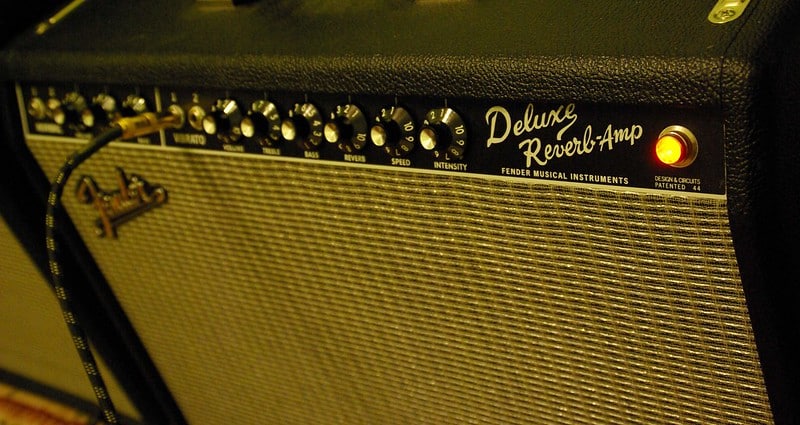 They were well regarded for their unmistakable sound, robust volume, and stylish design, which made them perfect for artists in the studio.

It will also be easy to overdrive, allowing you to get a classic, overdriven sound that sounds like it was created by a real guitar.

Remember, too, that this is a revival and that Fender didn’t just go back and make the same amp with the same components as before. Inside, the Deluxe Reverb appears to be in pristine condition. Still, its components reveal a different story.

As these types of the amp is extremely rare and hard to come by, you may expect to pay thousands of dollars for Fender Deluxe Reverb, which is in good condition.

The expected price is $1599 and it is definitely worth it! The brand has become a talk of the town because of its incredible style and expensive amplifiers.

If you’re a fan of old amplifiers that still gives tough competition to new amplifiers, Fender Deluxe Reverb would be your best fit.

However, they are pretty expensive to buy. And in case you are looking for a stylish yet affordable amplifier, PRS Sonzera 20 would be a good choice. But both of them are fantastic and a lot of fun to hear!