A good microphone can make all the difference when you’re looking to improve the sound quality. There are a number of different choices available to you, with many brands offering varying levels of quality.

However, if you need something that’s ideal for professional recordings, you should consider the bigger brands like Neumann. Neumann offers a couple of excellent choices, including the U67 and the U87.

Both of these are excellent options and are ideal if you want a high-performing condenser mic. But, which one should you choose? In the following article, we’ll do a comprehensive comparison of the two.

Neumann U67 vs. U87 Comparison

Neumann U67 vs U87 Comparison

The Neumann U67 is also referred to as a large-diaphragm condenser mic that has a classic touch to the Neumann style. 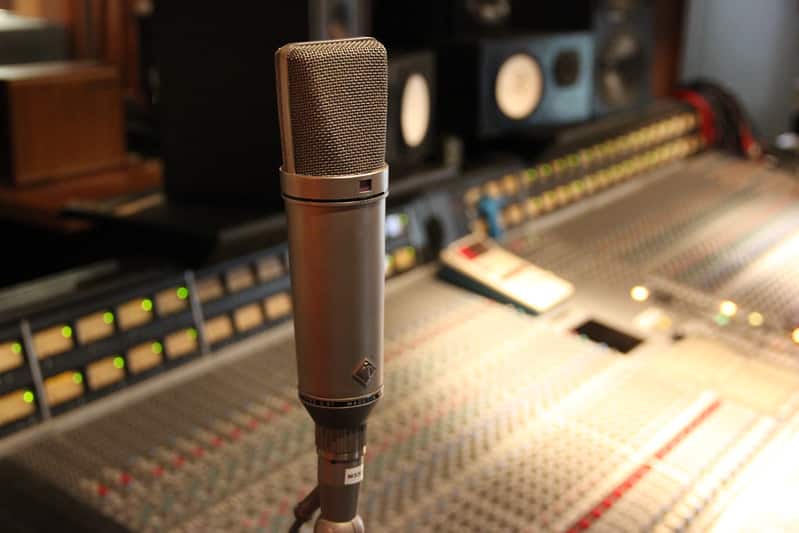 The Neumann U67 is perfect for capturing high frequencies and vocals. Sound capture is done through the figure-8 and cardioid polar pattern.

The frequency response of this condenser-type microphone is quite broad, ranging from 20Hz to 20kHz. It results in U67 meeting the needs of plenty of music composers.

The Neumann U67 is designed with top-notch SPL – it has 105dB of cardioid, 111dB of figure-8, and 110dB omni-channel. The output impedance of U67 is 50 ohms which is ideal for dynamic performance and vocals stability.

As far as the signal-to-noise ratio is concerned, it has 77dB of figure-8, 83dB of cardioid, and 78dB of Omni, which is suitable for preserving the vocals and clearing out the background noise.

The most important feature of Neumann U67 is the extensive self-noise control.

The launch of Neumann U87 took place in 1967, and it is regarded as one of the most widely used studio condensers of all time. It came after U67 with a slightly better midrange. If you notice the treble, it is smooth yet a little attenuated. 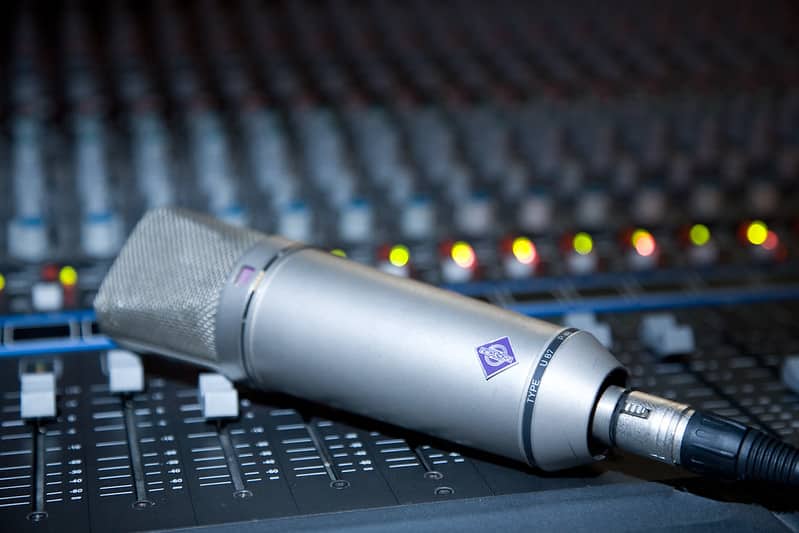 Just like Neumann U67, U87 is also a condenser microphone that generates a smooth response with a full frequency range. When it comes down to the polar pattern, it includes figure-8, Omni, and cardioid.

The frequency response of this microphone ranges from 30Hz to 18kHz, making it a suitable choice for those who need more versatility. For instance, the lowest pickup is 30Hz, and it can go as high as 18kHz.

The maximum SPL of this microphone is pretty amazing and will be able to handle loud sounds without creating any distortions in the output. To be precise, it has 127dB pre-attenuation and 117dB in cardioid mode.

As far as the output impedance is concerned, it is 200 ohms that promise stable and well-performing vocals.

You can use the U87 for anything because it is quite consistent in terms of performance.

If you are concerned about the self-noise, the Neumann U87 has got you covered with 14dB in figure-8 mode, 15dB in omnidirectional mode, and 12dB in cardioid mode, making it an ideal choice for producing amazing background noise.

Similar Features Of Neumann U67 And U87

Before studying the differences between the two notable mics, it is better to take a look at some features that are included in both the Neumann U67 and the U87.

There are three switchable polar patterns in each of them. They include cardioid, figure-eight and omnidirectional.

The suitability of the cardioid polar pattern lies with the vocals, as the signals originating from the front side are captured by it. It reduces the noise signals coming from the rear and the sides.

Talking about the omnidirectional polar pattern, as the name shows, it captures the signals of sound from every side equally. This is why it is ideal for recording ambient sounds as well.

Sound signals coming from the front and rear are smoothly captured by the figure-eight polar pattern.

Placing this figure-eight microphone in a central location between two people lets you easily record sounds from both sides.

There is no need for a separate mic for the second person. It also allows recording in the studio, such as recording a guitarist or a singing instrumentalist. 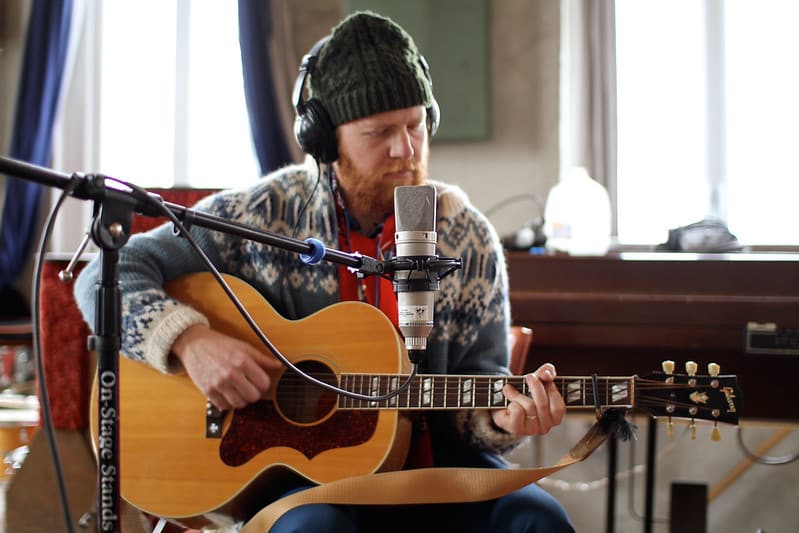 All the polar patterns add much more to the versatility of both mics, Neumann U87 and U67.

You can use either of them in different recording situations. Each of these microphones has a 10dB pre-attenuation pad that is quite useful in dealing with a singer with a loud voice.

They also possess a high-pass filter that eliminates any unnecessary noise. The wide range of switchable features adds to the versatility of these microphones.

They meet the multiple recording needs of users.

The most basic difference between the Neumann U67 and U87 lies in their frequency response range.

Observing the Neumann U67, it can be said that its frequency response is relatively short, which reduces the headroom available. It isn’t deep enough for the bass, either.

However, it definitely surpasses the rest of Neumann’s models in producing natural sound quality.

It can successfully work with drum overheads. The addition of U67 to the drum setup is perfect.

In contrast, the frequency response of the Neumann U87 is large enough to capture the lower and higher notes.

Comparing the maximum sound pressure level handling of Neumann U67 and U87, you can easily see that the U87 performs better than the U67. The tuning of the pre-attenuation pad with U87 lets the users handle both loud and deep voices.

The Neumann U67 comes with a tube amplifier that has a separate power supply. It has a different frequency response than that of the U87. You can expect a bit of a closed sound from this one. The Neumann U87 has more of a touch of brightness to the sound.

Most people use the U87 to deal with the issues of electronics and headroom, whereas U67 is an excellent addition if you want more versatility in terms of sound. 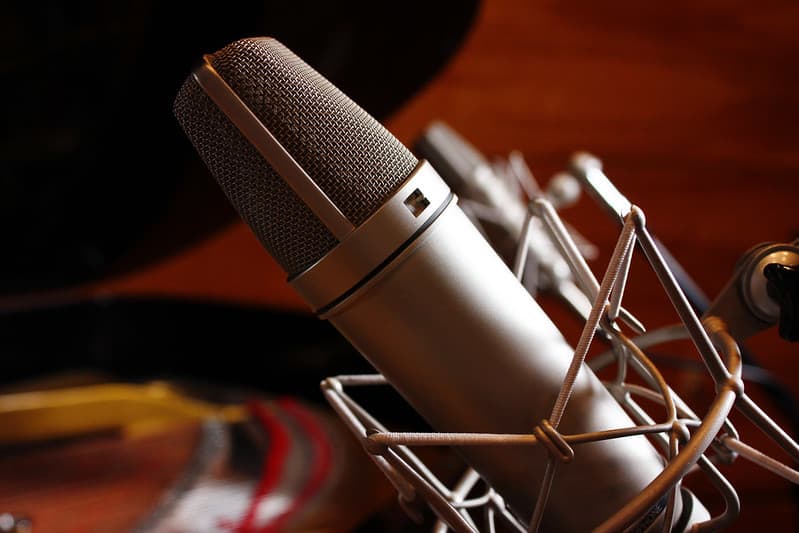 The U67 comes with a great high end, while U87 offers slightly rocky highs. You cannot expect anything great on U87 in terms of the bump and cut-off.

Some people avoid keeping a U67 in front of a loud guitar amp, but they don’t hesitate when it’s a U87 microphone.

The U67 has smooth dynamics. If you belt your lyrics, expect it to amplify the sound a bit. As far as the air is concerned, there is plenty of it without any shrill. The U87 is a great microphone, but it’s just not as good as U67.

Although the choice of microphone highly depends on your personal preferences, voice, quality of sound, and type of music, Neumann U87 is a perfect mic for singers with deep voices and rappers.

On the other hand, versatility and originality lie in Neumann 67.