The likes of Beethoven and Mozart may be hailed as the greatest pianists of the modern age. However, today, there are plenty of Asian pianists that are stepping up to take the helm of the global pianist’s circle. For a long time, the piano has remained one of the most accessible and powerful mediums of music. As such, in all cultures, even Asian ones, musical culture and piano go hand in hand.

The Asian piano culture has undergone a period of rapid development and mass popularization and commercialization over the years that today, there is no shortage of Asian piano prodigies. Measurable evidence for this can be provided from the number of competition winners, as well as the increasing numbers of graduates of prestigious institutions that come from an Asian heritage.

Additionally, the piano sales in most Asian countries is further proof of the popularity of the piano. Thanks to celebrated virtuosos like Lang Lang and Yundi Li, more and more Asian performers are emerging out of the woodwork. Asian pianists have consolidated a reputation for themselves with their capacity to bring audiences to their feet in major performance halls all over the globe.

Aspiring Asian pianists are also garnering top prizes in major competitions. Therefore, there is little doubt that Asian pianists have and will continue to enjoy notable success in the coming years. To get you familiar with these pianists that are helping audiences become more infatuated with the piano, here are 10 famous Asian pianists:

10 Famous Asian Pianists You Should Know

Lang Lang has been playing since the age of 2 but it is the tutelage of some of the world’s leading musicians such as Gary Graffman that have positioned him for global excellence. He has been foreshadowed as the “hottest artist on the classical music planet” by great publications such as the New York Times and was included in Time Magazine’s Most Influential People.

Yundi Li is certainly one of the most acclaimed classical pianists of this generation. Yundi Li and Lang Lang are often associated or ranked together, both having hailed from China to become some of the world’s best-known pianists of the 21st century. At 18, Li had already become the youngest pianist to win the International Chopin Competition in the year 2000. As a result, he has a devoted following of fans of his sold-out concerts and award-winning recordings.

Yuja Wang is a piano sensation that has commanded the global pianists’ stage with her brilliant skills. Known for performing challenging sonatas such as Beethoven’s “Hammerklavier,” her effortless approach to such difficult pieces has earned her the respect of international veteran and novice pianists alike.

Mitsuko Uchida is grouped at the top of the piano playing profession. Born in Atami, Tokyo, Uchida has spent her career performing throughout the world but it is her capacity to perform Mozart’s piano works uniquely that has earned her global admirers. Often classified as the greatest female classical pianist of the 20th century, she has paved the way for many other female Asian phenomena to follow suit.

The Chinese pianist Zhu Xiao-Mei overcame adversity to become one of the most revered pianists of these contemporary times. She learned how to play the piano for the very first time in a Chinese labor camp and went on to perform on radio and television in Beijing by the time she had turned eight. Unlike many pianists on this list, Xiao-Mei only gives a handful of concerts and when she does, she only performs the work of a handful of her favorite composers such as Bach.

South Korean pianist Seong-Jin Cho is rapidly making a name for himself as he continues to grow his world-class career. He is today regarded as one of the most distinguishing artists of his generation owing to his virtuosic and vivid style and technique. He came into the limelight after winning the sought-after Gold Medal at the Chopin International Competition in Warsaw and within a month, he had attained pop-star status in his native South Korea.

Kate Liu is an American classical pianist with origins from Singapore that acquired her start at the Yamaha Music School in Singapore but moved with her family to Chicago to advance her musical career. She currently attends the prestigious Curtis Institute of Music but has so far performed all over the world in various concert halls in Cleveland, Canada, South Korea, Warsaw, and more.

Yeol Eum Son is a classical pianist from South Korea that is currently based in Germany. Aside from winning countless impressive competitions like the International Tchaikovsky Competition, she has also impressed fans and expert pianists with her capacity to perform gracefully even under pressure. Additionally, her YouTube videos have garnered her millions of video views online, which is an extraordinary feat for any modern musician today.

This South Korean classical pianist won the prestigious Queen Elisabeth Competition in 2004, which is partly what helped to propel him to global celebrity. He was the youngest ever student to attend the Moscow Conservatory when he was only 10 years old. He was also the youngest-ever winner of the Premier Grand Prix. He has performed and continues to perform at many of the world’s great concert halls, including The Lincoln Center, Wigmore Hall in London, the Salle Pleyel and Théâtre des Champs-Élysées, and more.

Yekwon Sunwoo is a talent of special greatness which largely accounts for why the world has tuned in to make him one of the most famous pianists in the world. Having started his career in Seoul, Yekwon has attracted the attention of veteran pianists such as Robert McDonald, professor of piano at the Juilliard School; Robert has praised Yekwon’s skills claiming that no other musician has commanded his attention in recent years like Yekwon has. 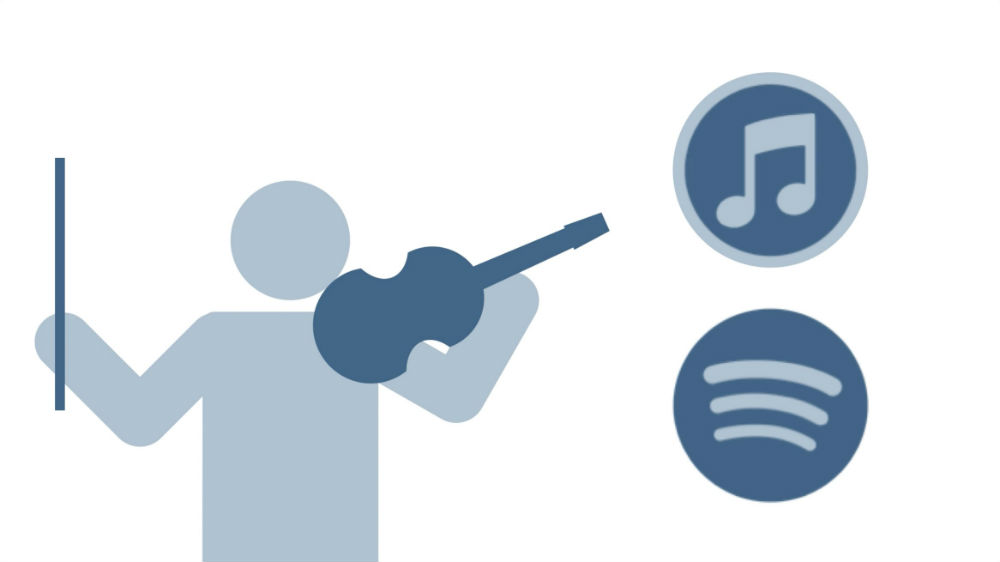 Jordan Smith - Oct 20, 2015
Dart Music is a new company aimed at helping classical musicians get the best out of digital music services, like iTunes or Spotify. Earlier this...