I hesitate to describe any work by the famous and celebrated polish composer Frederik Chopin as easy, however, it is true to say that some of his piano works are not as challenging as others. What we must take care not to overlook is the interpretative aspects of his music as opposed to simply making assumptions based purely on technical demand.

In this article then, I am going to take a brief look at the nocturne that is considered by many pianists and teachers to be a more approachable and ultimately more achievable composition than other the composer wrote.

From the ‘tradition’ that can in some ways be attributed to the music of Joh Field, Chopin took on the concept of the nocturne and during the course of his short life transformed it into one of the most adored and listened to forms of music to emerge from the Romantic era. Chopin’s collection of Nocturnes encompasses a wealth of musical material loaded with images, moods, and emotions that span the human condition. They are an astonishing achievement.

In total Chopin composed twenty-one nocturnes including the posthumous Nocturne in C# minor. These compositions have been described as a window into the character and nature of this enigmatic and private composer and deserve a considered, careful approach when preparing for performance.

It would be understandable that at a first glance at the Fourth Nocturne (op.15: No.1), you might come to the early conclusion that this was the easiest of the Chopin collection.

Initially, the nocturne does present the illusion of a straight-forward piece despite the need to maintain the delicate triplet ostinato. The second page of the nocturne, however, reveals a wholly new section that is extremely demanding knocking this Nocturne from the top position for the easiest of Chopin’s Nocturnes. It is never the less a vital component of the larger image of the Op.15 Nocturnes that is important to be familiar with.

The single Nocturne that is felt to be most approachable is the one and only written in G minor, Op.15; No.3. This composition as you can tell from the number three in its catalog number.

It forms the last part of a three-part set of Nocturnes Chopin composed between 1830 and 1833. They were subsequently published the following year. The Nocturne is amongst the most popular of the collection and Chopin is thought to have given it a rather dark sub-title; “At The Cemetery”. It is thought Chopin added this to the piece after seeing a performance of Shakespeare’s ‘Hamlet’. Like many composers, Chopin later removed the sub-title apparently saying that people could work this out for themselves.

The appearance of the Nocturne is innocent enough. With a tempo marking of ‘lento’, a relatively uncomplicated key-signature of G minor, and a lightly rising melody, where is the challenge? Like so many pieces of music that have been composed, there are technical stalling-points but also interpretative considerations that should not be overlooked.

On the technical side, you have to take careful note of the phrasing of the melody that does not fall into regular bar lengths. This brings a feeling of unease to the nocturne. Look closely at the pedal markings and how the accompanying figure draws attention to the second beat of each bar even though marked with a staccato under a slur. Allowing the melody free reign to rise and fall effortlessly over the accompaniment seems vital to me, alongside the gentle application of dynamic expression.

Further on in the Nocturne, (around bar 60), the music becomes restless with fluctuations in tempo and increased chromaticism that blurs the tonality of the piece in a briefly passionate outburst. Then Chopin takes a dramatically different turn and here is where the interpretive aspect of the music I believe becomes more challenging.

Following on from a low C# the music descends to a low C with bar 89 marked by Chopin as ‘religioso’. It feels as if Chopin has deliberately and meaningfully guided us into a place of reflection and reverence. There are overtones of a chorale at this stage that seems quite at odds with the opening of the nocturne.

The mystery and melancholy of the opening music have been dispelled and never returns. Chopin instead sounds tolling octaves between the right and left hands at bar 121, answered only by staccato block-chords.

Alongside the introduction of the dotted rhythm at bar 125, the music heads towards an uncertain conclusion. Whilst this section of the nocturne does not present any real technical challenges, it does raise questions about its interpretation as Chopin has maintained the essence of the uneasy opening with its irregularity and dynamic emphasis.

There is another unexpected twist still left in Chopin’s inventory. The very last chord does not find rest in the tonic (G minor) key, instead, Chopin uses a Baroque device rather beautifully called the ‘tierce-de-Picardie’ that gives a G major final chord. For me, this offers a tiny moment of light at the very end of this troubled nocturne that throughout seemed unlikely or even unachievable.

Whilst this Op.15; No.3 Nocturne is frequently cited as a good entry point into the works of Chopin, the challenges it advances to both pianist and listener are not in any way superficial. I mention this as frequently there is an assumption that an ‘easier’ piece means it requires less thought and preparation than one that is perhaps more technically challenging.

This Nocturne is part of a larger picture and represents one small window into Chopin’s life. It may therefore be of value to be familiar at least with the other Op.15 Nocturnes before embarking on this one to place it firmly in its rightful musical context. I would hope that this will allow a more informed and empathic approach to the G minor Nocturne and maybe even facilitate a fully convincing performance too. 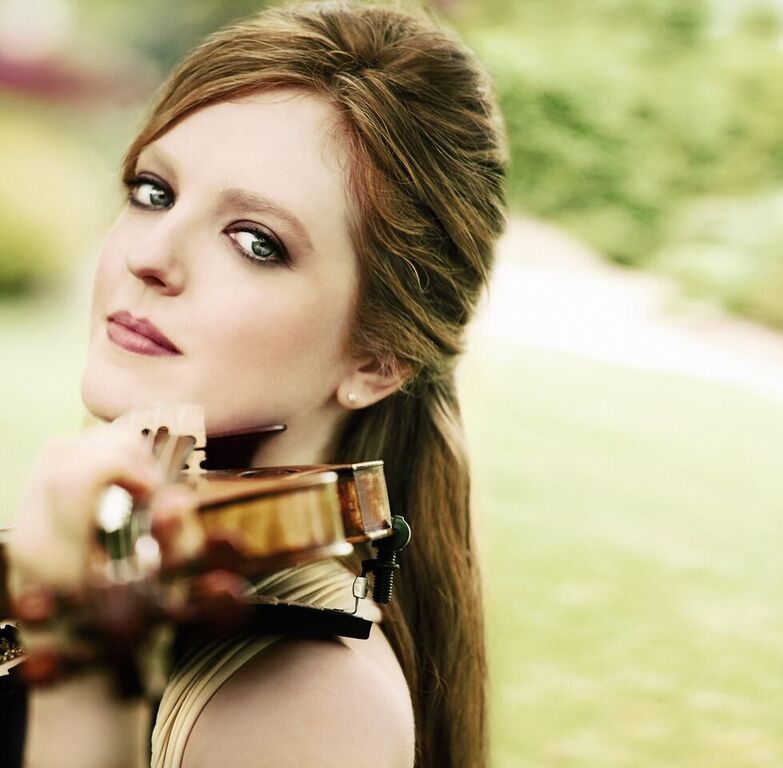 Jordan Smith - May 3, 2016
Chicago-based violinist Rachel Barton Pine was turned away when she tried to board an American Airlines flight on 27 April with her violin. She...