Choosing an instrument to play can be a daunting task, whether it’s meant to be a fun hobby, a potential career, or anything in between. The options are vast, and there are many factors to consider.

How expensive will it be? What kind of music can I play? How difficult is it to learn? What kind of opportunities are available for people who play this instrument? While beautiful, the flute has its benefits and drawbacks, just like any other instrument.

Flutes have been a part of music and culture for tens of thousands of years; in fact, they are the world’s earliest known instruments.

Original flutes were made of bone, bamboo, and eventually wood, and typically had holes carved into them rather than keys.

Though flutes are no longer made from wood, they still are categorized into the woodwind family of the orchestra, along with oboes, clarinets, and bassoons. These instruments all produce sound by blowing “wind,” or air, through an instrument, causing vibrations.

Today, flutes are typically made out of metal; beginning flutes are often made of silver-plated nickel, while professional flutes are made purely of silver, gold, platinum, or any combination thereof.

The flute is an important orchestral and soloistic instrument, and a highly popular choice among students of all ages.

Advantages and Disadvantages of Playing the Flute

As a beginner, there are plenty of cost advantages to choosing the flute. It is a very common instrument, which means that it is not difficult to locate an instrument at an affordable price.

A brand new beginner flute of good quality might cost around $500, but there are many less expensive options, including lesser-known brands, used flutes, and rentals from a local music store.

There are not many extra costs associated with the flute either; while a cleaning cloth is necessary and an annual maintenance appointment will keep the flute in good shape, there are no frequent recurring costs such as reeds or bow rehairs.

The flute can easily fit into a shoulder bag or backpack, so there is no need to get a special carrier for the instrument, and traveling with it is easy and convenient. 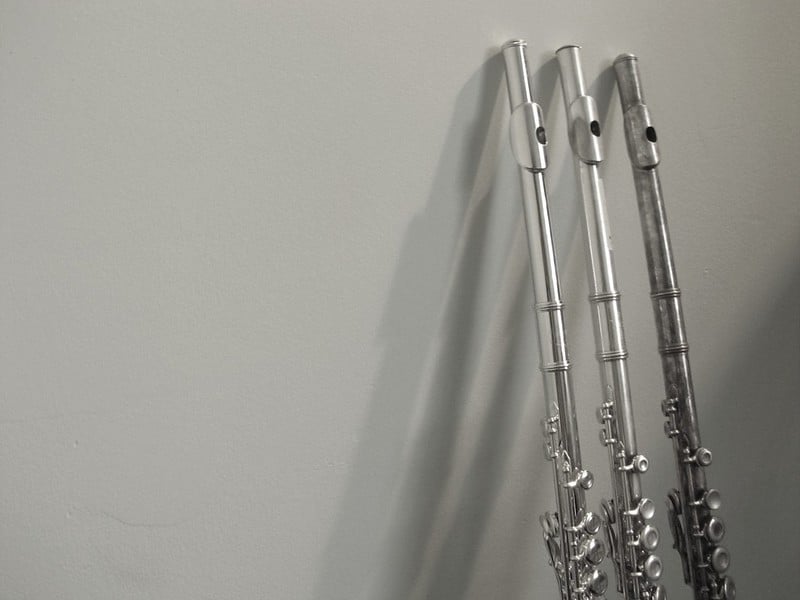 A cellist might have to buy an extra seat on a flight in order to travel with their instrument, but a flutist can laugh at that with contentment as they slide their instrument under the seat in front of them.

There is also an abundance of flute players in every city, so it is simple to find a teacher at any desired cost, and there are numerous online resources to help with any additional learning.

The cost disadvantages start to appear as a flutist gets more serious. A beginner instrument will only get a player so far; a talented high school player or a professional will need a high quality instrument.

Though of course there are options to buy used instruments at a reduced price, there is no getting around the fact that an advanced instrument will cost several thousands of dollars.

While this is often a one-time investment, it is sometimes a challenge to locate the perfect instrument at the right price. While many string instruments are significantly more expensive than a flute, there are other less expensive instruments, such as a clarinet or trumpet.

Additionally, one must prepare for added maintenance costs – the more the flute is played, the more it needs to be worked on! Many flutists also play its related auxiliary instrument, the piccolo.

To own a piccolo will help gain potential opportunities, but is another major expense. 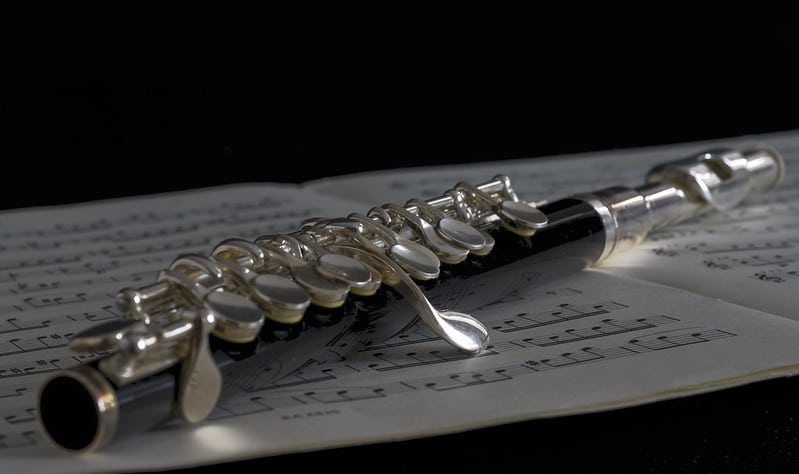 Once an instrument is secured, the more exciting thing to focus on is the music. Many people worry that the flute is too difficult to play because at first try, they cannot produce a sound.

This is a very normal occurrence; with time, most people learn this skill. An upside to the flute is that once the correct embouchure is adapted, at least at an amateur level, the rest of the learning process is relatively simple.

The flute is small enough for most people to play without injuring themselves, and there are even curved headjoints available for children who are too small to play a full-sized instrument.

The breath capacity required to play with a full sound is admittedly high, but grows naturally over time and with simple breathing exercises. The technique on the flute is not especially difficult to learn.

While it is typically a classical instrument, it is easy to find and learn music for jazz, pop, Celtic, Native American, and many other varieties.

Unsurprisingly, things grow more complex at an advanced level. While one can quickly learn to produce a sound, it is difficult to master tone quality.

Developing a full, resonant sound that will both project in a large space yet remain controlled at a quiet volume takes discipline and years of practice.

Similarly, though learning the fingerings for notes can be done with ease, at a high level, flutists are often responsible for playing very difficult pieces. Expert flutists must learn to play rapidly and cleanly.

They also must learn niche skills such as double tonguing, controlling vibrato, and sometimes even extended technique. To be competitive at a high level, flutists must dedicate ample time to honing their craft.

Additionally, while there are many types of music that the flute can play, there are very few jobs available in any fields but classical.

The space is even more narrow than that, however; while an elite few have become touring soloists or chamber musicians, most of the work in the flute sphere is in orchestra. 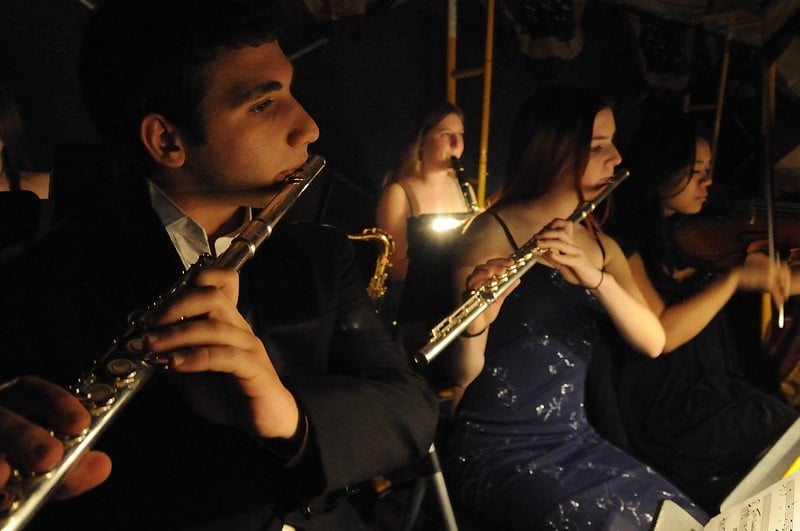 If one does decide to take the orchestral path, it is important to be aware of what that experience comes with. The flutes sit in the front row of the orchestra, next to the oboes.

Together, the principal players in each of these sections lead the woodwind section, and even sometimes the entire wind section (which includes the brass).

Each flute player has an individual part; unlike a violin or cello, their part stands alone, which means there is no hiding or faking the music.

This provides each flutist an opportunity to shine and gives each an important role. A principal flutist often has beautiful solos, making the musical experience very rewarding.

Of course, having such a significant role in an ensemble comes with consequences. There are generally only two to four flute parts in any orchestral piece, which are each played by only one player.

This is in great contrast to the viola or cello sections, which typically have around twelve members, and especially the violin sections, which often total up to thirty players.

As the flute is a very popular instrument, this causes a great deal of competition, from the early years of playing all the way into professional life. Many excellent flutists at every level miss out on opportunities they desperately want because of sheer numbers.

Anyone who chooses the flute should know that if they want to play in any type of organization, there will likely be some amount of competition. Therefore, flutists often have a competitive spirit and high ambition.

The flute is one of many excellent choices of instruments to play. The discipline one learns from mastering an instrument like the flute can be carried over to all areas of life, and the flute is especially useful because it promotes good posture and breathing!

While it can be a deeply competitive instrument, it is also a joy to learn and play music on.