A new method of teaching the violin is growing in popularity, and it doesn’t rely on traditional approaches or concentrate solely on classical music.

The O’Connor Method, named after musician Mark O’Connor, calls for allowing kids to learn the violin by introducing them to a wide variety of musical genres from all parts of the Americas. O’Connor refers to it on his website as “A New American School of String Playing,” and that includes everything from French Canadian melodies to tunes from Mexico, tangos from Argentina, and music from every region of the United States.

The method is made up of 10 books which guide students through the development of the techniques, both pedagogical and musical, they require to be a violinist. O’Connor hopes that the method will “create the future classical violinist, folk fiddler, jazz musician – or all three!”

O’Connor aims to encourage students to improvise, rather than simply memorizing pieces. The first piece of music new students learn is “Boil ‘em Cabbage Down,” which is based on a melody going back four hundred years to the very beginning of violin playing on the continent.

O’Connor made headlines when he challenged the Suzuki Method, declaring that it “churned out a bunch of technical students, with a lesson plan that was never going to lead to improvising, composing, arranging music or ensemble leading.” He says students of his method perform better when confronted with a new piece of music than those with a Suzuki background.

He also believes that moving away from a focus on the European classics can help bring people from other cultural backgrounds into violin playing. Diversity is seen by him as a major problem and he argues that the violin is losing relevance because large parts of its American heritage are being ignored.

This does not mean O’Connor is turning his back on classical. As a composer, he has produced classical works, such as his Improvised Violin Concerto. 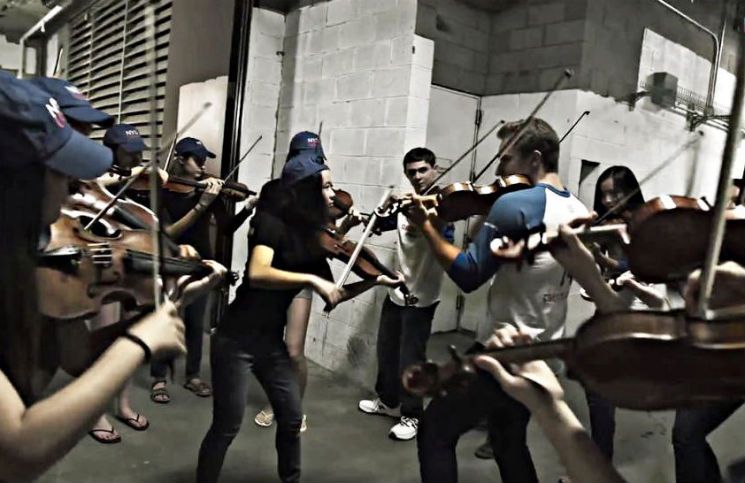 Andrea Caccese - Aug 15, 2014
It is always really interesting when performers can actually translate classic elements within a modern and youthful setting. The short video posted by The National...

5 Pieces of Soft And Classic Jazz Piano That Make You...