Every day there are new music artists who are emerging from the woodwork, all with new music. With so much content being created and shared, it’s very difficult for folks like us who are fans of interesting, engaging and great music to keep up with everything.

Yes, it’s difficult for me too and I sample new music daily for a living.

With that in mind, I want to share with you 5 music artists that are worth your time and energy in listening to, musicians who should absolutely be on your radar. I did say there is new music being released daily, and on this list are a few artists who are not new, but do have new music. Even artists and bands who have been out for while deserve recognition for continuing to provide us with excellent sounds.

You would be doing a disservice to yourself to forgo diving into these artists’ latest releases (or their fuller songbooks for that matter). I have the artists broken down by genre for your listening preference pleasure.

Gabrielle Smith is a prolific writer, from short stories to comics to songs. Her music can be compared to audio short stories, allegories of truth wrapped in a emo-sounding melody with her soft voice paired with the brush of a light electric guitar. Nothing overdone, or over the top. Eskimeaux is the musical branding for Smith, and is an honest presentation of a young song storyteller that is mature beyond her years at crafting well-written songs. Like Frankie Cosmos and Kimya Dawson, Eskimeaux’s songs will stick with you in ways you don’t expect.

Carbon Leaf isn’t a new or emerging band, but are starting to breakout like a younger group who is building massive steam. With several albums to their credit they continue to add a passionate following for fans of alternative styles of music that don’t following the mainstream rules. You find that in Carbon Leaf’s music, which is what has made them a mainstay with indie rock fans for over a decade. Again, these guys are not new to music or to songwriting, but have gone unnoticed globally for far too long.

Alt-Rock has been criticized in the past decade the same way that Country music has: so much of the new artists all sound the same and many are trying too hard to be something that they’re not. Fortunately there are some emerging bands like Restless Venture who craft a path that is both familiar and fresh with their 2013 EP Blame. With a sound recalling the days of Creed and The Nixons from the late 1990s, Restless Venture restores a lost sound in alt-rock with a bit of new flair, all welcomed for new music fans. New music from these guys is expected later this year.

At first listen, the style and sound of Lorde comes to mind. But unlike the young pop star Lorde, Halsey‘s music has much more depth, substance, and movement. Much of Lorde’s album went through the same melodies and sound. However, Halsey is not only on the verge of breakout into a greater pop mainstream, her album is being garnered by fans of different pop styles. Other great songs worth checking out include Hold Me Down, Ghost, and New Americana.

It’s easy for me to get behind this band because after listening to just the first 3 songs on their 2015 album Into The Deep, I fell head over heals. Galactic is a New Orleans-based jazz-fusion band who has brought in some of the best emerging acts in music from folk rocker Ryan Montbleau to singer-songwriter JJ Grey to soul icon Macy Gray and more. Each song builds on the next while also crafting its own niche, leading to one of the best all around album listening experiences you will have this year. 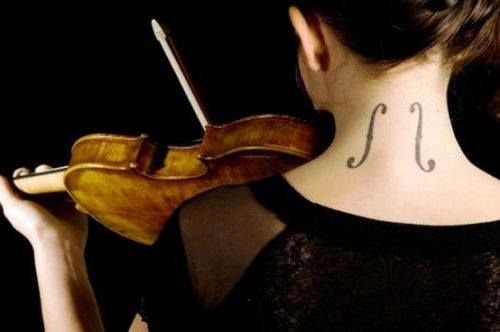 Jordan Smith - May 19, 2015
Proving that it’s not just hard rockers and hip hop fans who can go all out with their tattoos, our friends at Classic FM...