Operas as a musical form stretch back many hundreds of years. Here in the 21st Century, the idea of music without opera may seem strange but it wasn’t until the Baroque period that opera as a form in its own right, began to take hold.

Italy was the driving force for opera with Claudio Monteverdi setting the bar pretty high in his notable opera ‘L’Orfeo’.

Schütz in Germany, Lully in France and Purcell in England each made significant contributions to the establishment of opera in Europe together with its development as a form.

By the time we find ourselves in the Classical period, opera was in full flow, immensely popular and evolving at a quick pace.

During the Classical period comic (opera buffa) and serious opera (opera seria), were the most important types of opera to emerge from this period with opera buffa establishing itself around 1730.

The operatic works of Mozart, and Gluck, offer beautiful examples of opera at this time.

By the time the Romantic period had taken root opera had moved onto a far grander and more elaborate stage. Brilliant composers such as Weber, Bellini, Donizetti, and Rossini created new and exciting operas that thrilled audiences then and now.

Later, Strauss, Verdi, and Puccini composed works that a hundred years earlier would have been inconceivable and unacceptable.

Opera is very much alive today. The styles of operas vary as much as the composers who write them and there’s probably something for everyone.

For me, some of the key composers writing operas now are Thomas Ades, John Adams, Jonathan Dove and Philip Glass.

Each of these composers has built on the legacy of earlier works. They have established their operatic voices, created their highly individual sound worlds and enabled opera to thrive.

This backstory leads directly forward to the present day. Amongst the many different types of opera that you can hear these days, there is something that has been given the title of soap opera.

In all honesty, I cannot think of a contemporary opera that would have been given this title. The reason for this is most likely because it is not a type of opera we would associate with sung, staged opera that you would see at La Scale or Covent Garden Opera House.

A soap opera is an entertainment that you are going to know from terrestrial television, radio or other streaming services. It is often a series that is based upon the lives of colourful, sometimes extreme characters and airs a couple of times per week.

Many of these soap operas have enjoyed amazingly long runs; some for decades. A testament to their appeal.

Some of the most notable soaps include the UK, ‘East Enders’, ‘Emmerdale Farm’, and on radio, ‘The Archers’, which came to the airwaves in the 1950s. 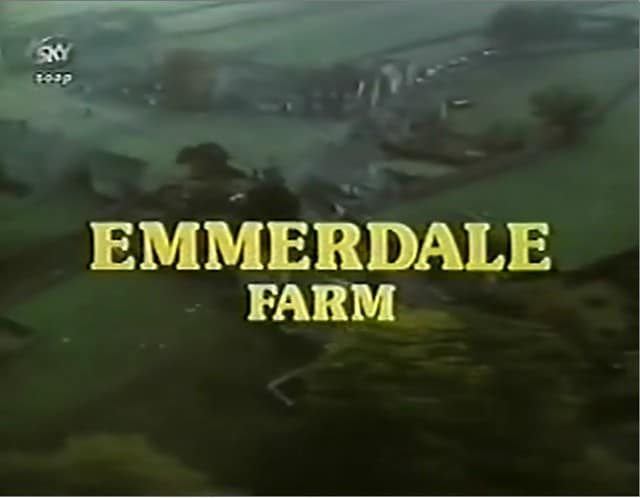 As it transpires there is a link to traditional opera. If you pause for a moment’s reflection on the characters and plots of many operas, you’ll understand that here is where the connection forms.

It is not uncommon for operas to include high dramas, tensions, exaggerations and even the surreal, in the same way, that television and radio shows do

Consider Mozart’s Marriage of Figaro or Straus’s Elektra and any Wagner’s operas. Murder, revenge, and jealousy mingle effortlessly with mistaken identity, legend, and sometimes even, the afterlife.

These are axioms and translate seamlessly onto the screen or radio play. Seeing characters play out their lives in front of us is something that appeals to people across the globe.

In a small way, this covers where the opera element might stem from, but what about the soap part?

Running from 1930 to around 1943, Painted Dreams is thought to be one of the first, if not the first soap opera, daytime serials to appear on radio. It was very popular and appealing especially to women of the time.

These soap operas were so named by the actors who played the various characters in them. These early operas attracted the name soap because manufacturers of soap used these new series to promote their products.

Soap manufacturers also provided significant funds to enable these soaps to be commissioned and broadcast. Without them perhaps they might not have ever taken off or maybe they could have attracted a different sponsor with a less attractive business.

Other variations in soap operas also co-existed at the time. The aptly named horse opera was popular too in 1920s America.

This term became a more generic one as the 1920s merged into the 1930s with almost any story containing or about horses gaining this title.

A further related title came in the form of Radio Soap Tragedies. By the accounts of critics and influential commentators, these tragedies were fairly poorly written, filled with characters whose lives endured ludicrous events that one would hope could never befall people in reality.

They were criticised for providing an empty, futile type of entertainment that was fundamentally unhealthy for the people listening to the broadcasts.

By the 1940s these figures were thought to be around twenty-million women who use these soaps to idle away their time and escape the drudgery of their house-bound lives.

The term soap opera quite quickly became synonymous with any dubious or overly-emotional story, all of them usually ending each time on the proverbial cliffhanger.

With a clear and successful formula established the soap opera made it successfully to television from radio.

From there, there was no looking back and now in 2022, countless examples of soap operas run on the numerous channels we have available at the touch of a button.

The popularity and demand for soaps seem undiminishing perhaps down to the predictability and adaptability of the genre. I wonder what’s next?