The annual BBC Proms came to an earlier the month of July 2015 with its traditional final night at the Royal Albert Hall. But if this video is anything to go by, a large proportion of the city’s younger population didn’t have a clue what it was all about.

Less than a quarter of those asked, or 22 percent, knew what the Proms were. The video shows those questioned unable to explain what a symphony is, an adagio, or timpani. And perhaps most amusingly, some seem to think a sextet is some sort of pornographic expression.

The lack of awareness of classical music among young people has been a long-debated topic. Some have argued that the decline in interest is the result of the loss of music lessons and opportunities to learn an instrument at school due to funding cuts. This has led to a situation where only those who can afford to pay or who are lucky enough to get a scholarship are able to develop their interest in music.

One idea that some people think could turn things around is the building of a new concert hall in London, which would act as a base for educational and outreach programs to draw in local communities to the classical scene. 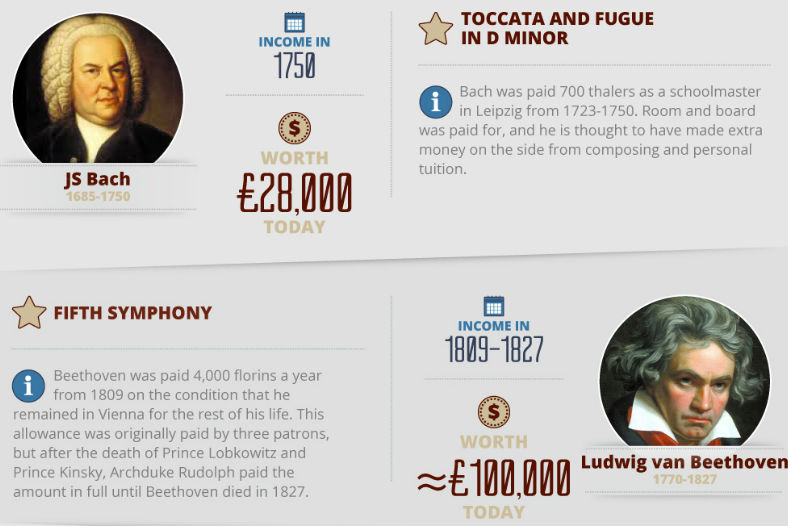 Jordan Smith - Jun 3, 2016
Many of the best known classical composers enjoyed very different financial fortunes during their careers. Based on the incomes of eleven great composers, this...

The Sound Of Music Hits The Stage in 2015

Why is classical music losing out on mainstream media coverage?