The musical landscape is ever-changing and absorbing influences from all across the globe.

Techno is certainly no exception, either. Influences from New Wave European music, such as Kraftwerk, Kevin Saunderson, and Derek May, were combined with the funk and groove of African-American music forms.

This new type of music reflected the difficulties of the Detroit youth. The city was in a slump, devolving into an industrial wasteland with a high crime rate. This new sound portrayed the “urban deterioration”. This also gave rise to the music we know as Techno Music.

Techno-music is an EDM (electronic dance music) subgenre that arose in the 1980s and 1990s. Techno relied on electronic instruments as opposed to early R&B and disco, where live musicians provided the music people danced to.

Techno musicians were fond of using the Roland TB-303 synthesizer and the Roland TR-808 and TR-909 drum machines to create their music.

Techno began in Germany with electro-pop acts like Kraftwerk. Still, the genre became prominent in American cities like Detroit, Chicago, and New York. Techno incorporated synth-pop, electro, and especially Chicago house elements in the United States into the music.

Detroit Techno is regarded as the genesis of techno music and absorbed the influences from bands such as Kraftwerk. One of the major influences on Techno was Kraftwerk’s track, Autobahn, which shows many characteristics that Techno was built upon. We’ll look at them next.

The debate over what Techno is still ongoing. Most agree that Techno features the following elements:

When you look at the fundamental characteristics of Techno music, you’ll notice a trend—repetition and looping of the same material.

This concurs with a form of classical music called minimalist music, which rose to prominence in the USA during the 1960s with composers such as La Monte Young, Steve Reich, and Philip Glass, to name a few.

Let’s dig deeper and look at some of the various kinds of Techno music. There are many subgenres in Techno music, so we’ll cover some historical, more modern, and interesting ones below.

The granddaddy of all granddaddies. People disagree on the beginnings of Techno, yet everyone agrees on the Belleville Three’s first effect and pioneering innovative compositions.

Techno has grown into something distinct since its start and has created subgenres. As a result, Detroit Techno is the genre most similar to its original form and is still alive and well today.

Building on the Techno fundamentals mentioned above, Detroit techno also incorporates brighter, funkier, and more soulful elements because of the Chicago house scene’s impact at the time of its birth. 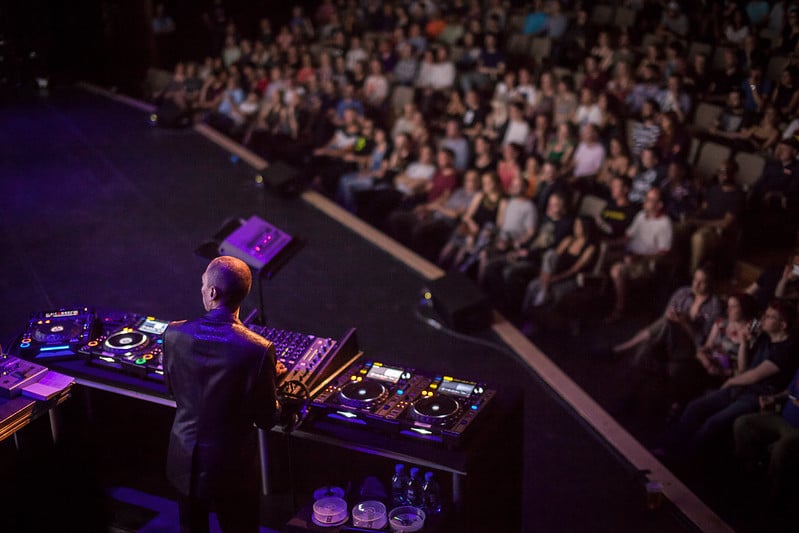 Paula Temple is a terrific industrial artist to choose from among so many outstanding artists. Industrial Techno is perhaps one of the best examples of the “urban deterioration” Detroit Techno was first associated with.

Acid Techno’s a style of techno that focuses on the usage of the notorious Roland TB-303 drum machine’s occasionally squelchy and frequently psychedelic bass tones. Its roots are found in Acid House.

Despite its origins in the 1990s, acid Techno has had a major rebirth. Since the early 2010s, when clones of the Roland TB-303 synthesizer were discovered in markets and tested by professionals, Acid Techno has made a comeback.

This is where minimalist music probably had the biggest influence on Techno. It often contains simple drums, a bassline, and the basic fundamental parts required to make a grooving track.

This subgenre contains very little melody since the emphasis is on repetition and subtle alterations within the spare parts employed. In the 1990s, Detroit musician Robert Hood is often recognized for pioneering this form of techno

Some call it kiddie rave, others music cartoon rave, or even Toytown Techno because it was used in children’s programs in the 1990s.

In the early 1990s, the press used Toytown Techno to designate old rave records that sampled children’s cartoons and public information films and merged them with Techno jungle or breakbeat hardcore music.

This subgenre did not last long and reached its peak around 1993 and faded away. It does deserve an honorary mention in this article, though. Two of the most famous songs of this genre are Smart E’s song Sesame’s Treet and Charly by the Prodigy.

Techno is a dance music genre played using electronic instruments, emerged in the 1970s and 1980s from German electro-pop and American house music.

The Techno land- and soundscape have changed as the years progressed, absorbing influences from all over and merging them with the basics of Techno music. It has subsequently influenced numerous types of electronic music, including EDM and dubstep.