MRI and music remain a fascinating universe: after seeing French-horn player Sarah Willis in action, we can now bear witness to baritone Michael Volle’s virtuoso performance inside an MRI chamber at the Freiburg Institute for Musicians’ Medicine.

Volle, who is one of the “great Wotans” among contemporary opera singers, opted for “Lied and den Abendstern”, an aria from Wagner’ Tannhäuser, and the video is at the same time disquieting and mesmerizing. He was approached by dr. Matthias Echternach, who wanted to learn more about the activity of the vocal track during a performance. For the majority of us who are not well-versed in science, here is what happens: the sound, which is called voice source, originates in our vocal folds, then passes through the vocal tract resonator. This last step is particularly important because the vocal tract resonator can actually give a sound both pitch and shape. In the end, the tongue and the lips can turn those sounds into speech.

Opera singers have to eliminate all potential interference in the vocal apparatus and have to maximize the use of oxygen. Hence, even muscle tension in the lower body is a big no-no because it wastes oxygen, leading to breathing problems. Tongues need to be agile and the jaw has to relax in order to reach the desired pitch without tension.
Aside from that, how can a singer be heard over a full orchestra? Worry not, it’s not all innate: a technique called the singer’s formant enables opera singers to shape their throat so that they can produce a frequency in the 3,000 Hz range (an orchestra usually plays below the 800 range).

If you are tempted to try this at home now that the anatomic movements of an opera singer are finally shown in their entirety, we advise you to be careful. 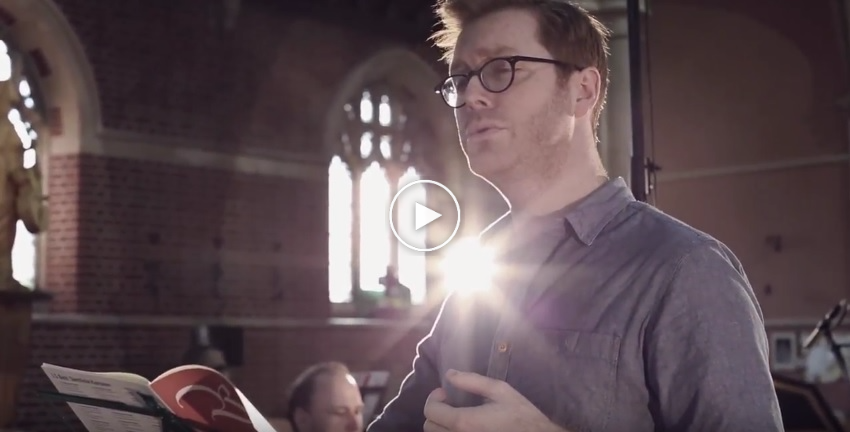 CMUSE - Apr 20, 2017
In one of their most beautiful visual works yet, production company Fly On The Wall captured an exceptional performance of musical genius. Countertenor Tim...

Man Plays Trombone On A Field For A Distinctive Audience