What if a cloud could play the piano? This question is no longer as absurd as you would think, thanks to a new project by creative artist David Bowen. Take a listen to the result below.

Bowen invented a procedure using the camera to track cloud movements, which are then transmitted to a machine that strikes the piano keys. The effect is more impressive than you might at first imagine, although it’s a little disconcerting at times as the tone of the music shifts rapidly. But as Bowen points out on the project’s page, “It may sound chaotic at times, but so is nature after all.”

The playing is made possible by a computer program, which takes the images from the camera and records how the clouds move over virtual keys on a piano computer program. It then sends the information to the machine to play a real piano.

Other artists have made use of nature’s creative abilities to directly influence music-making. Earlier in the year 2016, we reported on the project employing music to depict the impact of climate change on forests in Alaska by having each instrument in a piece represent a type of tree. 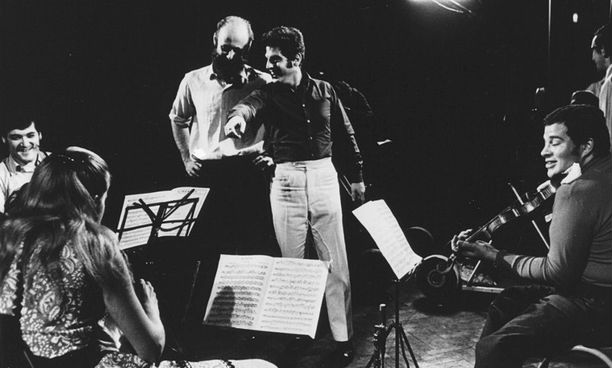 This is probably the most legendary chamber music documentary ever made

Jordan Smith - Dec 2, 2015
That prediction turned out to be incredibly well-founded since all five musicians who performed there would go on to achieve worldwide fame. Nupen’s documentary...