The commonly recognised ‘periods’ of Western Classical Music I have covered in a previous article. This piece centres on the different types of Classical music within that broad time frame. Below, I have highlighted what can broadly be considered to be the key types of music across the musical centuries.

Orchestral music is perhaps one of the most popular and enduring types of Classical Music. Its origins are traceable back to the Baroque Era where the idea of larger groups of instrumentalists began to unfold. From around twenty-five performers, this developed into the orchestra we know today of some 100 players. From these early groups, the Symphony developed as a musical form. The Symphony began as a four-movement work that used popular structures like Sonata-form, Rondo and Ternary form.

As the Romantic movement gathered momentum the symphony began to develop into enormous proportions with inter-movement motivic relationships of considerable complexity. The tone-poem is a direct orchestral evolution from earlier symphonic traditions. Today the symphony still exists but the concept is now far removed from the 18th Century ideals.

Alongside the popular symphony, The Concerto as a type of Classical Music is of equal importance. The idea behind a concerto is to give the opportunity for a soloist or in the case of a Concerto Grosso, group of soloists, to play with and ‘against’ an orchestra. In the Classical Era, we see the rise of the virtuoso performer and the move away from the Concerto Grosso that was dominant in the Baroque Era.

This is not to imply that virtuosity did not exist in earlier periods of music but that it gradually becomes the motivating force for concertos as the musical timeline progresses. By the time we reach the Romantic Era the concerto like the symphony had developed considerably in all aspects of its characteristics, often with a display of virtuosity at its heart.

Leaving the grandeur of the orchestral music for a moment, an immensely important kind of music is Chamber Music. As you might expect, the term gives you a clue to the purpose of this type of classical music. It is usually composed for smaller, more intimate groups of musicians.

In the Classical Period, chamber music as we are perhaps more familiar with today, really took off. This, in part, was due to the establishment of the String Quartet (and to an extent quintet), and the Sonata. The String Quartet consisted of two violins, a viola and a cello for which some of the most fabulous chamber music has been, and still is written. Other tried and tested chamber ensembles include the String Sextet (Brahms), as well as piano quartets and trios.

The Sonata derived from the Baroque ‘Suite’ but instead of up to six movements, the Sonata tended towards four-movement structure, the first commonly in ‘sonata form’ the last in rondo form. The Sonata was often composed for a solo instrument and piano or simply a solo keyboard instrument or guitar.

In the Romantic Era the piano remained a hugely popular instrument for all types of music; orchestral and chamber alike. Following the wealth of Piano Sonatas in the Classical Era, there came pieces from composers like Schumann, Mendelsohn, Chopin, Liszt and Grieg that were very much more focused on narrative or the evocation of emotional memories. These works tend to be short windows into other times and places that held great significance for the composers.

Vocal or choral music, both sacred and secular, has been the backbone of Classical Music for hundreds of years. Two key types of choral music stand out as pillars of the vocal repertoire; the Mass and Opera. The sacred Mass dates back many centuries in Classical Music to a time when music orientated almost exclusively around cathedrals, abbeys and churches.

It is essentially the setting of the Latin Text of The Bible and is the most important sacred choral music. The earliest Masses were for male voices only and unaccompanied. This evolved considerably during the Baroque, Classical and Romantic Eras into works of considerable complexity and diversity.

In contrast, opera, dating from the early Baroque Era, is frequently narrative based and uses a variety of male and female singers who play the lead roles, with a chorus and an orchestra to accompany. Opera was traditionally composed texts in Italian but the works of Mozart and Haydn pushed this tradition to one side and allowed German to take an equal role in Classical Operatic works. Today, opera is written in a wide variety of languages with one of the most exciting contemporary opera composers being Thomas Ades.

Other types of Classical choral music includes the Oratorio; of which “The Messiah”, by Handel, is perhaps best known. In oratorios, the words are commonly taken from the bible or other religious texts but set in dramatically different ways to that of the Mass. Principally, composers could enjoy a freer hand to set the text in dramatic and descriptive ways that could have been frowned upon in a stricter religious context.

Both works call for large forces but the oratorio, like the opera, includes soloists, chorus and an orchestra. Haydn’s “Creation” is another fine example of a late Classical oratorio that in this case really pushes the boundaries established by his predecessors.

On a more modest scale, the setting of words to music in a chamber environment has featured in Western Classical Music since the Medieval Troubadours. In the Renaissance, the Madrigal played an important role in secular vocal music. Madrigals were settings of texts for smaller groups of singers and often remarkably texturally complex and tricky to perform. The subject material was often far from sacred and involved tales of lurid romances, heroism and true love.

Schubert during the early Romantic Era, almost single-handedly revived the German song with hundreds of settings of the poets of his time, developing the concept of a Song Cycle. Song Cycles are a collection of settings usually with a central theme. “Die Winterreise” or “Die Schöne Müllerin” are fine examples of this type of Classical Music. These songs were written to be performed (usually by tenor/baritone and piano), in the comfort of people’s livening rooms to friends and more intimate acquaintances. The vast range of “Lieder” by Schubert, Schuman and Wolf is a humbling and extraordinary catalogue of unique songs. 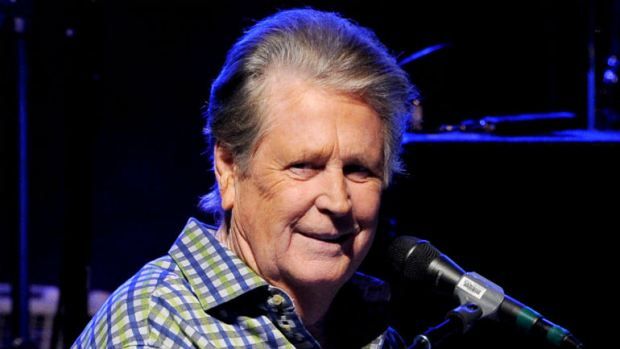 D Grant Smith - Apr 18, 2015
Tribute shows may come and go, but few will shine as brightly as the memorable night in LA where pop stars from different musical...

Why Do We Get The Chills From Listening To Music?