This article is dedicated to one of the unsung heroes of the French Baroque period of musical history. In his day, Rameau (1683-1764) was one of the most influential, well-respected, and important composers. Rameau was as much a musical academic as a composer of opera, for which he became widely known. Whilst his composition was a vital component of his life, he revealed the theoretical aspect of music and the Arts. It was for this side of his work that he wished to be remembered.

Rameau’s Father, having spent over four decades as an organist in the Dijon, France, had high aspirations for his son. Unfortunately, Rameau had other ideas, and his pull towards the world of music proved too strong. In 1715 Rameau accepted the post as organist in the cathedral in Claremont in the Auvergne-Rhône-Alpes region. This at least guaranteed him an income for the next twenty-nine years, which seems ludicrous in today’s world but was not uncommon in the 18th century. This provided Rameau with the opportunity he was looking for to focus on a herculean study of music and, in particular, harmony.

Rameau’s ‘Traité de l’harmonie’ took him until around 1722 before completing is and allowing it to be published. It is a substantial academic text that gained him a deserved reputation as a music theorist but, in turn, bought with it harsh criticism from the establishment and, in particular devotees of Jean Baptiste Lully. This was poignant as Rameau was viewed as the composer who essentially took on the operatic mantel when Lully died. The problem was that Rameau was revolutionary. This was made crystal clear in his Treatise on Harmony and highly evident in his operatic and keyboard music. Rameau was accused of unnecessarily complex orchestrations and dissonant harmonies, at times weighed down by a propensity for the overly melancholic.

Such was the tide of bad feeling against Rameau that he was given indefinite leave from his contract as organist. He moved to Paris, where he remained for the remainder of his life. In Paris, Rameau flourished with a renewed vitality for composition, a new marriage to a nineteen-year-old operatic singer, and a direct line of contact to Le Riche de la Poupliniere: a supremely wealthy and influential patron.

Rameau’s idea in writing his treatise was to explode the conventions that surrounded many composer’s approaches to harmony at that time in musical history. His feeling was broad that some viewed the compositional process purely from a melodic aspect rather than initially from a harmonic one. The treatise is divided into four impressively titled sections as follows: Book 1 (the relationship between harmonic ratios and proportions); Book 2 (the nature and properties of chords; Book 3 (Principles of composition); Book 4 (Principles of Accompaniment). The four books represent a genuine attempt by this notable French composer to rationalize his thoughts on more than simple harmonic principles. Rameau aims to move composers’ approaches to composition away from the concepts and aesthetics of the Medieval and into what was then a brand-new age of enlightenment.

It is a significant piece of work to read in its entirety. Books three and four are not wholly relevant to practices today unless you are developing a performance-based on works from that period of music. The first two books, however, are eminently essential and provide a window into the mind of one of the world’s great thinkers. English translations of the first two books have been reasonably scarce, which may have contributed to Rameau’s words not always reaching the eyes of those for who he intended the text.

The additional problem is that the organization of the books is difficult to follow. At times it feels as if Rameau has not had sufficient time to fully formulate and consolidate his ideas in a readily comprehensible manner. What is does offer anyone brave enough to spend the time studying it is just how revolutionary Rameau’s thoughts were at the time. What Rameau achieved is a solid theory of tonality that has influenced composers, musicologists, and enthusiasts for over two centuries.

For many scholars of music, the first book in the Treatise is sidestepped. Rameau never intended this book to be a practical guide in the way that books three and four were. Instead, what we discover in the first book is a somewhat haphazard, mathematical presentation of Rameau’s underlying principals in which the treatise is founded.

The language Rameau uses to describe what he is trying to convey is challenging at best and confusing at worst. This is why this first book is often overlooked by musicians and misquoted. The essence of the text is that the octave is ‘divided by the fifth below and the fourth above’. Keep in mind that Rameau was constructing his proofs before the concept of the overtone series was widely known or accepted.

In the second book, Rameau turns his attention towards harmony and its very nature. Rameau devotes a substantial 29 chapters to this book that leads in quite an organic way on from the first book. Rameau is making a valiant attempt to draw together the mathematics of fundamental overtones with concrete justifications for his approach to musical harmony. For his subject material, Rameau focuses on areas of harmony such as ‘On the nature and properties of the octave’ (chapter 3); ‘On the Perfect cadence’ (chapter 5; ‘On dissonant Consonances, in which the fourth is discussed together with the false idea of it that it exists because of superfluous rules’ (chapter 16). By the book’s conclusion, Rameau has succeeded in a comprehensive exploration of the natural roots of harmony.

It is worth noting that Rameau was influenced significantly by several leading figures, including the philosopher René Descartes from whose work ‘Compendium Musicae’ he borrows unashamedly. Rameau had also been studying the French mathematician Joseph Sauveur (1653-1716) in an attempt to tie his theoretical constructs together with mathematics, physics, and of course, music.

To an extent, Rameau succeeds in his desire to bring music into the Newtonian realms of a series of universal principles. However, today, the work can be demanding to appreciate fully. None the less, Rameau set the tone for many decades to follow and still provides us today with a beautiful if a wordy reminder of his outstanding gifts. 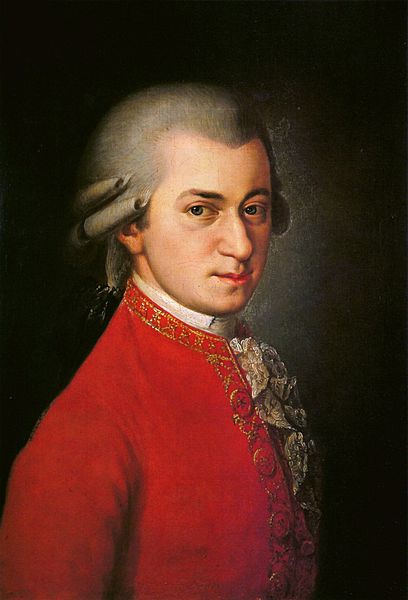 Jordan Smith - Dec 5, 2016
Anyone unaware of the dramatic license taken in the play and film “Amadeus” might think that the genius composed the last bars of his...

These Four Little Swans From Japan Will Bring A Smile To...