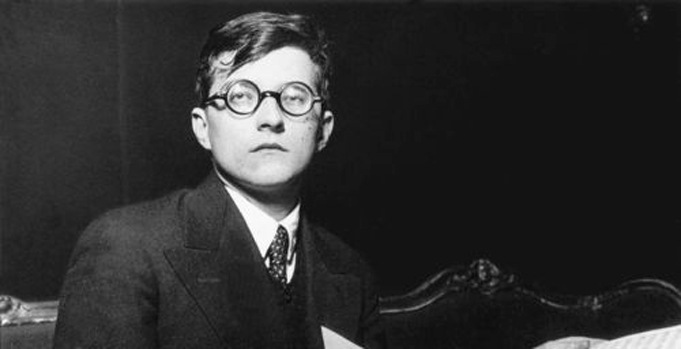 Born on September 25, 1906 in St. Petersburg (renamed Petrograd in 1914; renamed Leningrad in 1924), Dmitri Shostakovich lived in an era of vast and sudden upheavals. Despite this, in the year of his thirtieth birthday, he had every reason to be happy: married with a child on the way, he was also highly in demand as one of the Soviet Union’s most talented and successful composers. Then the phone rang.

Shostakovich was summoned to a performance of his wildly popular opera, “Lady Macbeth of the Mtsensk District,” on January 26, 1936. Stalin and other members of the Politburo were in attendance but left before the final curtain. Two days later, a damning editorial entitled, “Muddle instead of Music” appeared in Pravda. It was a heavy-­handed critique of Shostakovich’s “Lady Macbeth,” citing its international success as proof of corrupting formalist, bourgeois influence. A similar hack job appeared shortly after to attack Shostakovich’s ballet, “The Limpid Stream,” but it was merely the aftershock of that first, devastating tremor. Shostakovich now represented anti-­Party sentiment and no one wanted to be associated with anti-­Party sentiment.

Although he was not required to attend the meetings re­-evaluating his work, Shostakovich received news of the many contemporaries and colleagues that turned against him. The economic effects of his downfall were also significant. His income dropped from 10,000-­12,000 rubles a month to 2,000-­3,000. Reflecting on his position later in life, he said, “What helped me then was my youth and physical strength. Instead of repenting, I wrote my Fourth Symphony”.

This new work was scheduled to premiere December 11, 1936. On the morning of the 11th, a statement was released: “Composer Shostakovich appealed to the Leningrad Philharmonic with the request to withdraw his Fourth Symphony from performance on the grounds that it in no way corresponds to his current creative convictions and represents for him a long outdated phase” (Fay). Shostakovich confided to his friend Isaak Glikman that the director of the Philharmonic pressured him to withdraw the Symphony himself to avoid being overruled by administrative measures. On top of this humiliation, the composer’s 300 ruble advance was forfeit.

Yet money and pride seemed trivial in those days. Survival was paramount. The years from 1936­-1939 saw approximately seven million arrests in Stalin’s purges. By mid­-1937, Shostakovich had already seen his brother­-in­-law arrested, his sister exiled, and his mother­-in­-law sent to the labor camps. Several people who stood by Shostakovich in 1936 were now dead. Maxim Gorky had written a letter to Stalin, decrying the Pravda articles for having authorized “hundreds of talentless people, hacks of all kinds, to persecute Shostakovich” (Fay). His death was blamed on Troskyites at the time but is now believed to have been carried out on Stalin’s orders. Mikhail Tukhachevsky, a high-­ranking officer in the Red Army, often acted as Shostakovich’s patron. He was arrested for treason in the summer of 1937 and shot the day after his trial. Shostakovich wrote his Fifth Symphony with full understanding of the ax over his head. Its premiere on October 21 was hardly a day of celebration. It was a day of reckoning.

The artistic merit of Shostakovich’s Fifth Symphony was never truly under scrutiny at its premiere. Though unrepentant with his Fourth Symphony, Shostakovich knew his Fifth had to demonstrate allegiance to the ideals of Socialist Realism or his life would be forfeit. One audience member recorded its reception in a diary entry as follows:

“The whole audience leapt to their feet and erupted into wild applause -­ a demonstration of their outrage at all the hounding poor Mitya has been through. Everyone kept saying the same thing: “This was his answer and it was a good one”” (Fay). Though critics were cautiously optimistic at first, Shostakovich was soon welcomed back into the Party’s good graces. He returned to the fold wiser and warier, knowing how fleeting those good graces could be. To his friend, conductor Boris Khaikin, he said, “I finished the Fifth Symphony in the major and fortissimo […] it would be interesting to know what would have been said if I finished it in pianissimo and in the minor”.

Shostakovich would not be blindsided when accusations of formalism resurfaced in 1948. As for the mysteriously withdrawn Fourth Symphony, it would eventually see the light of day. No doubt Khaikin found special significance in the fact It ended in pianissimo and in the minor. 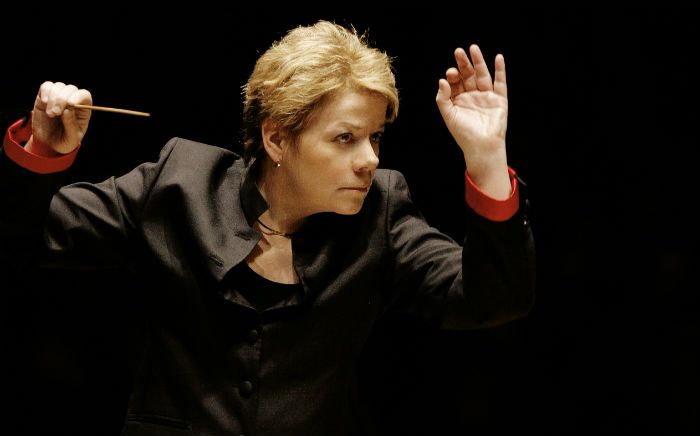 Is there a gender bias about musical instruments?

Jordan Smith - Feb 9, 2017
A survey conducted by the Royal Albert Hall indicates that a significant gender bias exists with regard to musical instruments. Respondents showed in their answers...

How Many Octaves On A Piano?

10 of the best 11 o’clock numbers in musical theatre