Bob Marley was open about the world he lived in. Through his music, through his benevolence, through his love of soccer and coffee, the man, the myth, the legend is still alive and well in spirit. He is an icon and no matter whom you ask, you’ll get a respectable answer from all people that know the music, or any utterance of the Marley name. The stories behind the hit songs are incredible, and here are 5 of them, to showcase just how amazing the man and the legend really was.

In 1976 someone tried to kill Marley, and as a result, he exiled himself to London. It was there that he would make history in various ways. One, by playing this song in 1978 at the “One Love Peace Concert” and two, by uniting two political leaders that could not, and would not see eye to eye until Marley united them. It was during the performance that Michael Manley a socialist supporter of Cuba and Edward Seaga joined hands in unity. This sign of peace would reverberate through the political world and is one of the iconic elements of the song.

Amidst political turmoil, Bob Marley tried to cool things through music. He announced a free concert and released this song in hopes of cooling the uprising of socialist parties over the right-wing party in the Jamaican cities. Even though Marley tried, he was amidst some high heat, and that would lead to assassins breaking into his home and shooting him, his wife, and manager. The assassination attempt didn’t foil Marley as he went on to perform the song and the free concert in support of the People’s National Party.

Even though lore speaks to the idea that Lee “Scratch” Perry was in the bathroom when he came up with this tune, it’s really an interesting diss track of historical proportions. The Wailers recorded this in response to the Studio One record label move. The Wailers and Scratch were considering themselves as the “small axe” which was pronounced “small acts” chopping down the “big tree”, which was directed at the big three record labels of Jamaica’s reggae scene, of which Studio One was a major player. It’s a diss track long before hip hop had inklings of greatness.

Religiously inclined, and powerful, The Wailers song “Corner Stone” is a direct response by Marley in light of his father. Captain Norval Marley of Britain’s Royal Marines rebuffed the reggae star, and this song comes from the verse in the book of Psalms (118), in which it states “The stone which the builders rejected Has become the chief cornerstone”. While the verse speaks about the forthcoming Christ, Marley uses the song to vital effect cementing his thoughts on being shunned by his white family.

Bob Marley would set up for his final show in 1980, and during the practice sessions, The Wailers worked on “I’m Hurting Inside”, which is a deep cut from the early 60s catalog of the band. Even though they didn’t play it at the final show, the song rings out about childhood and how happiness has slipped away. Marley would die of cancer shortly after, but he was feeling the pain of the lyrics for sure.

Bob Marley had some incredibly touching songs, and they aren’t just party anthems or things that are trivial. They are deeply rooted in roots, religious thoughts, political fervor, and much more. If you explore the stories, you will find that they are full of life, just like the legacy Marley left behind. 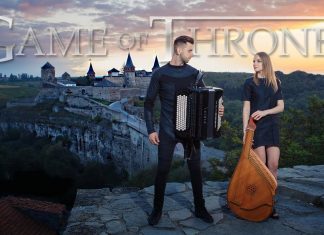 CMUSE - Sep 8, 2017
B&B project is a Ukrainian musical group that plays the folk instruments, Bandura and Button Accordion. They performed the FOLK-COVER version of the"Game of Thrones"...

The 10 Greatest Violin Players of All Time