Those who are not immersed in the world of classical music tend to imagine it as a fabled ivory tower on mount Olympus where blissful performers serenely strum their instruments. Well, it could not be more wrong: from a composer opposing the presence of a conductor to a riot taking place during the premiere of a ballet deemed “barbaric” and cacophonous, here are some of the controversies and scandals in classical music –and, of course, ballet– that are perversely delightful.

Please note the important role of a ballet dancer and choreographer Vaslav Nijinsky, the bright star of the Ballets Russes, which spearheaded the avant-garde movement in the performing arts.

Bach’s musicalization of the Gospel of St. John is hardly thought of as being scandalous at first glance: it’s a cornerstone of the classic canon and is not a disruptor like some of the other works mentioned.

However, it contains words that some can interpret as being antisemitic. In fact, the enemies of Jesus are referred to as “the Jews, the Jews the Jews”, a repetition that occurs 70 times in the 110-minute work. Protests include a 1995 student protest at the Swarthmore College of Philadelphia and a public demonstration at the Oregon Bach Festival with a rabbi picketing the event.

Wagner’s antisemitism reached its highest point during the production, and premiere, of his last opera Parsifal: several interpretations indicate the theories of Aryan-advocate Arthur de Goubineau as its main inspiration. He strongly opposed the use of Hermann Levi as a conductor, going all the way to plead with his benefactor King Ludwig, and, when he finally seemed to be accepting of the presence of Levi, King Ludwig wrote back to him in an appreciative tone, saying that all human beings were brothers: to that, Wagner replied that he “regard[ed] the Jewish race as the born enemy of pure humanity and everything noble about it”. Also, Parsifal is a powered-up version of the Aryan hero persona as embodied by Siegfried, whereas the characterization of Klingsor abounds in Jewish stereotypes.

The composition of this tone poem was inspired by the poem by the same name by Stephane Mallarmé, and it details a faun’s vain attempts to seduce nymphs and naiads–the poor creature would fulfill his sexual desires in his sleep, during which his strife for possession would reach a universal dimension. Given that Debussy barely grasped onto tonality and harmony, the prelude is thought to be the precursor of modern music. However, what caused a scandal was the ballet rendition choreographed by Nijinsky, who drew inspiration from the Greek vases at the louvre. The performance caused controversy because Nijinsky decided to incorporate very explicit sexual gestures to portray the lust of the faun. “We are shown a lecherous faun, whose movements are filthy and bestial in their eroticism, and whose gestures are as crude as they are indecent,” wrote Gaston Calmette from Le Figaro after the premiere.

Another creation by Nijinsky and Diaghilev, this time set in a tennis court, and, thus, dubbed a “tennis ballet” or “Nijinsky’s Bloomsbury Ballet”, with Debussy’s orchestral work by the same name serving as a score. It features one man and two women wearing tennis clothes who find themselves chasing a ball in a clearing, and, upon embarking on this task, they engage in a three-way flirtation. As another ball flies in, they runoff. Jeux blends traditional ballet steps with sport maneuvers and is believed to have ushered in the neo-classical ballet of the twentieth century. In his own diaries, Nijinsky states that casting one man and two women was away, for Diaghilev, to express his desire to make love to two men avoiding all kinds of censorship.

Classical music cognoscenti remember the date March 31.1913 as the evening of the Skandalkonzert. The program featured music by Weber, Alexander von Zemlinsky, Schoenberg and Alban Berg, whose Altenberg Lieder had poet Peter Altenberg’s words set to music. He was a family friend of his and his wife’s. Schoenberg had heard some Altenberg lieder prior to the Skandalkonzert and he reacted by saying “they bother me”. They were originally “epigrammatic…scurrilous poems in blank verse” and, in setting them to music, Berg used whole-tone scales, chromaticism and the 12-tone system of pitch organization.

Well, upon hearing the Altenberg lieder, the audience erupted in a riot, which called for an early end of the performance and which caused Berg to retire his work, which was not performed in full until 1952

During a late spring night of 1913, the audience that was crammed in the newly opened Théâtre des Champs-Élysées would listen to what would later be called the most relevant composition of the twentieth century. Hired by Diaghilev from the Ballets Russes for their 1913 season, composer Igor Stravinsky had come up with what he summarized as “Pictures of Pagan Russia in Two Parts”, featuring primitive rituals celebrating spring and ending with a sacrificial dance, where a young maiden dances herself to death. The famous opening melody consists of a Lithuanian folk song played at the top of the bassoon’s register, which makes it sound like a completely different instrument. Instead of graceful sequences, Nijinsky had made his dancers perform a sequence of stomping steps. The audience’s discontent kept growing from “derisive laughter to what Stravinsky described it as a “terrific uproar”, and two factions of the audience first attacked each other, then they directed their barbs to the orchestra. To this day, we don’t know if the audience was genuinely disgusted or if they were mainly traditionalists who preemptively decided that the performance would be bad because it was progressive. Diaghilev might have had a part in encouraging a scan

Ludwig van Beethoven, the Eroica (aka the Controversy that almost was)

Even though Beethoven’s third is a disruptive work in that no symphony composed prior to it had such complexity and contrasting tones, its controversy stems from the fact that it was originally titled “the Bonaparte”, as Beethoven had envisioned the work as a tribute to a heroic ruler who would inspire Europe to become a humanist, libertarian and egalitarian society.

We clearly see that the huge first movement musically narrates the “hero’s” struggle, while the second slow movement–actually a funeral march–deals with his death mourned in grand, public style. The Scherzo and the finale celebrate the hero’s legacy. When Beethoven got word from Ferdinand Ries that Napoleon had proclaimed himself Emperor, he reportedly defaced the dedication. Just imagine the heap of analytical studies had Beethoven maintained the original dedication. 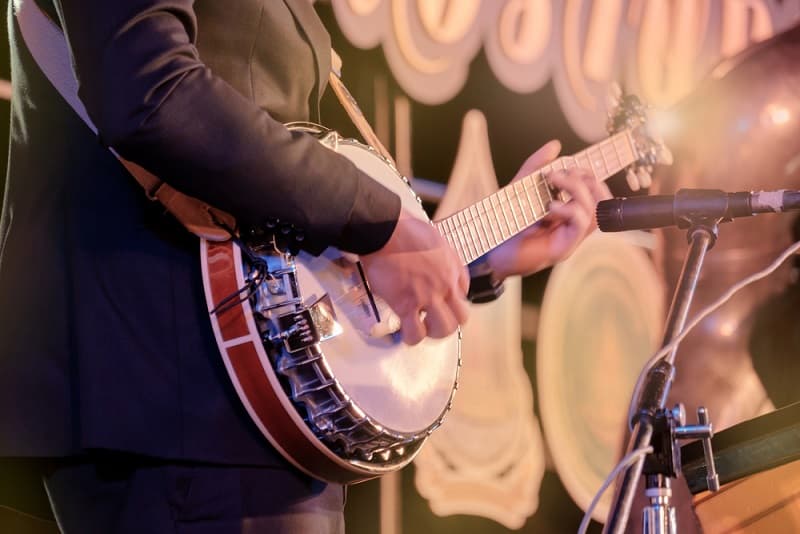 10 Reasons Why You Should Learn to Play the Banjo

CMUSE - Jan 19, 2019
Looking for the reasons why you should learn to play the banjo? Before we start, if you are interested to learn banjo lesson online, please...

WHY DO WE GET GOOSE BUMPS WHEN LISTENING TO MUSIC?