The violin is one of the most widely composed for orchestral string instruments. With its origins in Northern Italy, the violin began to gain in popularity towards the middle of the 16th century. It is known for its vocal qualities, an extensive range, and dazzling expressive capacity. Violins are also amongst the most expensive instruments that you can buy, especially if you are after one of the famous Stradivari that can cost millions of pounds. In this article, I am looking at the more relaxed and calm side of the violin with a selection of pieces that exemplify this aspect of the violin’s personality.

The year was 1844 when Mendelssohn completed what was to become one of the most celebrated and performed violin concertos from the romantic era. The E minor concerto was one of the last works that pieces that Mendelssohn would ever compose. Following the classical model for a concerto, Mendelssohn structured the work in three movements adopting the familiar fast-slow-fast pattern.

Unusually, Mendelssohn chose to join the movements in a slightly unconventional way. They flow from one to the next without a pause. This brings a more cohesive feel to the concerto as a single, unified work as opposed to three less connected movements. There are also harmonic and melodic links between the movements that underpin the composer’s intention to develop a new approach to this traditional form of music.

The second movement is in the brighter key of C major and provides a lighter contrast to the E minor opening movement. To my ears, there is more than a passing resemblance in this movement to Mendelssohn’s ‘Lieder Ohne Worte’, (Songs Without Words), which in many ways embodies the composer in all his facets. A brief foray into the relative minor for the ‘B’ section of the movement changes the mood to a more reflective one before returning to C major to close.

2. The Sonata for Violin and Piano in A Major; Op.13 by Gabriel Fauré

This four-movement sonata is a relatively early composition by the French composer but it shines out as a wonderful example of his captivating style. It was first performed in 1877 and has been a firm favourite amongst violinists and audiences ever since. Following a lively, optimistic opening movement, Fauré changes the feeling and focus. Even though the pace slows for this second movement to an ‘Andante’ the mood is not settled and a sense of unease permeates this apparently gentle ‘barcarole’.

The swing of the 9/8 time signature and the rich chromaticism make this movement a lyrical one, full of expressive, languorous melodies. From the opening key of D minor, Fauré moves to F major for the second theme. This is a tender and heartfelt section that leads towards the restatement of the initial theme. Fauré ends the movement in the tonic major (D major), bringing it to a splendid and resonant conclusion.

This Sonata by Ravel marks a minor change in direction in the article. The link if you are looking for one, is that it is another outstanding work by one of the foremost composers to emerge from France in the 20th Century. It is a change because Ravel uses this sonata to explore his love of American music. There is a distinct influence of both Jazz and Blues throughout the sonata that is formed into three distinct movements. The work was composed between 1923 and 1927, and it is the second movement that I draw your attention towards.

The title of ‘Blues: Moderato’ and in some ways is a homage to the works of composers like WC Handy. Whilst it is not perhaps as relaxing as some of the other pieces I have mentioned, it is wistful and delightfully impulsive. Ravel, dabbles in bi-tonality alongside twisting syncopations that are characteristics of jazz. A thoroughly engaging and colourful sonata.

During a love affair with a lady called Caroline Roberts, the English composer Edward Elgar wrote this short piece for violin and piano. It has become synonymous with the composer over the years and one of the most popular pieces arranged for countless different instruments and ensembles. The work was completed in 1888 and published a year later. As a composition, it is relatively simple in form but richly expressive as you might expect from the pen of such a gifted composer. Essentially, it is ‘salon music’ but the piece proved immensely successful at the time and through till the present day.

5. ‘The Lark Ascending’ by Ralph Vaughn-Williams

Given the date of composition for this piece of 1914, it seems highly unlikely to have turned out to be so serene. Europe stood on the verge of one of the most devastating wars in its history and yet Vaughn-Williams was able to compose a work of such immense calm and beauty. Vaughn-Williams took for his inspiration the poem by George Meredith that describes the rise of a lark into the sky that Meredith hopes ‘lifts us with him as he goes’.

The work is full of hope and stands in distinct contrast to pieces like the 4th Symphony that describe the horrors of war experienced by Vaughn-Williams. It was originally written for solo violin and piano but later an orchestral version followed. This has remained the most commonly performed of the various arrangements. Vaughn-Williams wove fragments of English folk tunes into the textures of the composition that seem to effortlessly capture the verdant English summer country-side.

The profound nature of the piece is stunning with a prevailingly nostalgic, contemplative mood. Perhaps this is the composer writing in the full realisation of the nightmare into which he was about to volunteer himself. Interestingly, Vaughn-Williams sketched the work whilst on holiday on the East Coast of England in Margate. The story goes that an earnest young boy spotted the composer writing in his notebook, took him for a spy and reported him to the police. Following a temporary arrest, Vaughn-Williams was released from custody once they were sure he was not, in fact, a German spy. 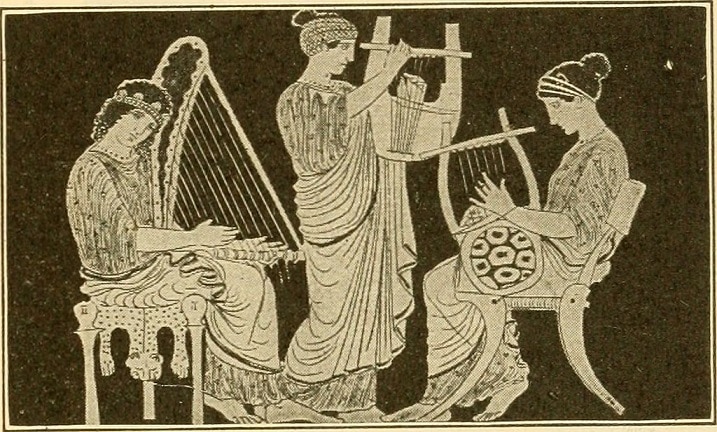 Characteristics of Ancient Music: An Introduction

Dr Justin Wildridge - Sep 21, 2018
The subject of Ancient Music is a fascinating one and can be thought of as covering an enormous period of time. In an article...