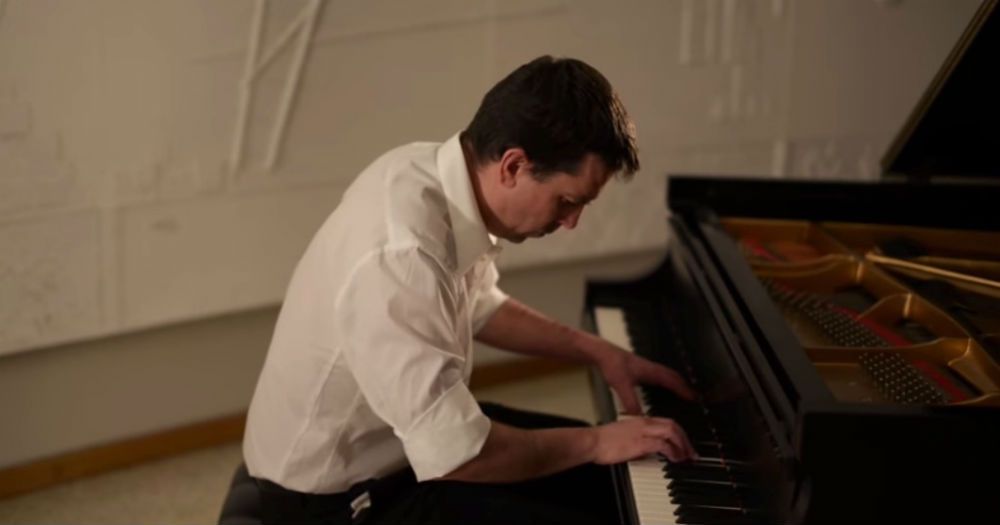 It is self-evident that Eugéne Ysaÿe (1858-1931) wrote his own Violin Sonata No. 3, but he might not have considered himself its only author; he dedicated it to his younger contemporary, the Romanian composer George Enescu (1881-1955), and wrote it as an homage to Enescu’s style. Ysaÿe did something like this for all six of his violin sonatas, dedicating each of them to the work of a contemporaneous European composer, each hailing from a different country, each in possession of a distinctive sound.

I personally would not have recognized Enescu in Ysaÿe’s third violin sonata if I hadn’t been listening specifically for him, partly because I am not a world-class historian of the violin but more relevantly because it bears little superficial resemblance to Enescu’s best-known compositions. All that is important is that the piece reflects what Ysaÿe saw and heard in Enescu’s work. The great Hungarian violinist Joseph Szigeti once remarked that Ysaÿe’s six sonatas may have even been “a subconscious attempt on [Ysaÿe]’s part to perpetuate his own elusive playing style,” with respect to these composers.

Now Ysaÿe’s six violin sonatas are themselves classics, better known than some of the composers they celebrate. The bold and versatile Sergei Kvitko has transcribed Ysaÿe’s third violin sonata to the piano—an instrument that is obviously very different from the violin, and is not going to convey the intricacies of Ysaÿe’s approach to the violin. Does the work have one author, two authors, or three?

The shift from violin to piano is enough, on its own, to guarantee profound differences between the two arrangements. On the more percussive piano, dissonance that sounds playfully erratic on a violin sounds more confrontational, while the staccato melody of the piece’s final movement actually sounds less challenging and more natural. This changes the arc of the piece: while Ysaÿe’s original piece begins simply and escalates in its complexity and tension, Kvitko’s piece has the arc of a conversation that begins awkwardly and settles into a familiar conversational rhythm.