There is sometimes a certain complacency that we could be accused of in the 21st Century. We tend to think of ourselves as technologically advanced and the centuries before as being a time where the luxuries of today were not an option. If we want to listen to a piece of music we simply use one of the many ‘apps’ commonly available and with a strong internet connection, we have the music we desire. Our keyboard instruments today are capable of playing superb demonstration pieces and offer us a variety of ‘play-along’ options that given the digital quality, can be impressive.

What we should not overlook is the fact that keyboards, in particular pianos from the early 19th Century had the capability to play music and performances of music too. This was something that became an extremely popular option for many households in the form of the ‘piano roll’ and the ‘player piano’.

The ‘piano roll’ was a mechanical method of sound reproduction that was used in conjunction with a special kind of piano called a ‘player piano’, or ‘reproducing piano’. These instruments were not simply devices on which to listen to music but fully functioning pianos as well. The piano roll itself was as the name suggests, a roll of stiff paper that has been perforated with holes. Depending on where these holes appear in the paper, it dictates the notes the player piano will produce.

As simple as this may sound, the process by which these rolls were created was complex and the results astonishingly good. In the early days of piano roll manufacturing, the composers were often directly involved, punching the holes in the paper themselves. This meant that the accuracy of the performances was extremely good. Gershwin himself was involved in the making of piano rolls to earn a little extra money alongside his performing in Broadway Shows.

Some of the very first piano rolls from around 1883, were manufactured by Welte & Sons who were responsible for producing orchestrations on the instrument. They also made ‘reproducing pianos’ around 1904, and other curious mechanical musical instruments including the ‘Welte Philharmonic Organ’. They were originally based in Freiburg in Germany, later in New York. Oddly enough piano rolls are still made today. A firm called ‘QRS Music’ claims an impressive 45,000 titles in their collection.

This is all the more remarkable given the popularity of the MIDI keyboard and all the astonishing digital technology that accompanies it.

This in itself leads to an interesting parallel between these two distinct worlds. If you look closely at a paper piano roll you can see the perforations in it. These dictate how and when the notes sound on the player piano. As the roll moves around the cylinder onto which it is attached, it has a ‘tracker bar’ in front of it. This tracker bar ‘reads’ the perforations and the sound are generated.

In contemporary DAW (Digital Audio Workstations), like Logic, Cubase or Reason, the editing window in which the music you record in via MIDI keyboard appears as a ‘piano roll’. The notes and how they are played are shown in colors and varying lengths just the same, except for colors, as the old-style piano rolls. Whilst the rolling motion does not happen in the DAW, the idea of using a quaint system of notation appeals.

That is not where the story ends. Piano rolls evolved and in 1908 there was an agreement that producer of piano rolls in the United States of America would create two types of piano roll; one for 65 note, the other for the full 88 note piano. This agreement was reached at The Buffalo Convention in early December of that year. The 65 note roll would have six holes to every inch whereas the 88 note would be set at nine holes per inch of the roll. The width for each format remained static at 286 millimeters making it possible for either type of roll to be played on any player or reproducing piano. I suppose there would be some compromise playing an 88 note roll on a 65 note piano, but then the more extreme notes are not so frequently used in many pieces.

Piano rolls were similar to the DAW systems of today in another way too. Some rolls captured the live performance of a composer or player in ‘real-time’. This means as they played the piece, the recording apparatus would directly punch the holes into the paper. It is quite an astonishing thought as even before the advent of reliable recording technology piano rolls were able to capture the performances of many notable composers and pianists of the day. One of the rarest of these performances is that of Gustav Mahler playing parts from his song cycles that include, ‘Des Knaben Wunderhorn’ and even the final movement of the 4th Symphony.

The French composer Claude Debussy worked with Welte in recordings of his fourteen of his solo piano pieces in 1913, extolling the virtues of the Welte-Mignon reproduction piano. Some rolls are supposed to contain Scott Joplin playing a selection of his famous Rags, but many scholars believe that these do not represent the actual playing of this master of ragtime. The feeling is that they are highly edited and reasonably faithful versions of the Joplin Rags but not the composer himself.

Other piano rolls were not recordings of live composers and performers but what was titled ‘metronomic’ rolls. This meant that the rolls were manufactured, all be it meticulously, by hand and remained strictly in time. It gave the ‘performer’ of the player piano the possibility to control the tempo of the roll with the hand levers that are common on these instruments and bring their own interpretation to the piece without compromising the accuracy of the piece.

One composer stands out as a devotee of the player piano; Conlon Nancarrow (1912-1997). Nancarrow has made his reputation through the breath-taking piano rolls he has composed for this delightful instrument. Of all the works he composed for the player piano, his ‘Studies For Player Piano’ are what he has become synonymous with. These comprise of 49 Études that Nancarrow wrote throughout his life and deserve more credit than they often receive. 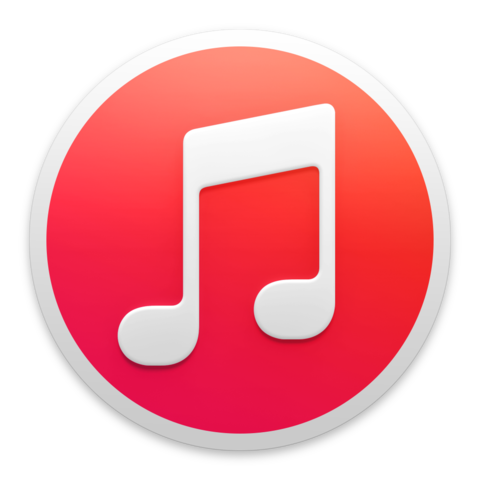 Jordan Smith - Aug 8, 2016
We have noted before that Apple has been far from perfect in making its music offerings work for classical music fans. But a new development...

Fruit N Beef Is More Than A Dinner Option

How To Compose Your Own Music