This article is dedicated to some of my favourite compositions for the winning combination of Violin and Piano. There are many more works I would like to include here, but as a starting point for an exploration of this generous collection, here is where I begin.

Beethoven composed quite extensively for the violin and piano completing ten Sonatas in his lifetime. This Sonata is the ninth of the set and probably one of the most played and the most notoriously difficult to perform convincingly. Beethoven himself referred to the Sonata as a piece that should be treated more like a concerto which indicates the level of virtuosity he intended.

The first dedicatee of this famous sonata was a brilliant violinist called George Bridgetower. Unfortunately, this happy relationship was not destined to last when affairs of the heart intervened and Beethoven decided he would prefer to dedicate the work to the French violinist Rudolph Kreutzer.

The Ninth Sonata is in three movements. In the architecture of the composition is immense and singularly impressive amongst Beethoven’s catalogue of works. The opening movement, full of disquiet and dissonance really evades the tonal centre of A major until the development is underway. Beethoven devotes considerable musical time to the exploration of melodic motifs in amongst the virtuosic writing. The pairing of violin and piano is very equal with the dynamic range and compass of each fully tested.

The second movement is a set of Variations; a musical form Beethoven was a master of. This Andante is masterfully handled and lead into the Presto final movement. Beethoven lightens the mood in this movement although there is a feeling of unrest throughout the piece. The conclusion of the movement is somewhat mysterious and a fitting finish to this magnificent work.

Brahms composed three sonatas for this combination of instruments, this being the last competed in 1888. This final contribution to the Violin and Piano repertoire Brahms saw fit to write in four movements as opposed to the three-movement structure he adopted with the previous sonatas. This is late-period Brahms and the music is rich with tension and drama.

The Sonata also looks back to the earlier Brahms with passion and enthusiasm that the earlier sonatas perhaps lacked. Brahms handles the structure of each movement precisely. There is a tightly controlled feel to the entire composition even in the fiery intensity of the finale.

Although the opening movement has a brilliant and dazzling development section, for me the intimacy and lyricism of the second movement make it my favourite. In many ways, the third movement serves as a lead in to the finale that is meticulously constructed in spite of its overtly romantic flavour.

Debussy completed this work in 1917. It was to be the last piece he would compose. His cancer had worsened in the previous year and his plans to write a set of six sonatas never came to fruition. Unlike the expansive Brahms Sonata, Debussy’s work is concise consisting of only three relatively brief movements. The intensity of emotion is at times almost overwhelming in this sonata.

Debussy was deeply affected by the horrors of the First World War that raged whilst he composed. His Nationalistic spirit rises through the music like a last defiant gesture against the German war machine. The Sonata is richly introspective and melancholy that is in some ways balanced by the subtle Hungarian influence in the work that perhaps shines through most clearly in the Finale.

Interestingly, the Finale was the first movement that Debussy wrote, the others were composed later although with interwoven thematic links between them. The Sonata is wonderfully elegiac and profound, and I cannot help but wonder how the three remaining sonatas would have sounded had Debussy lived longer.

Richard Strauss is not renowned for his chamber music, but rather more for his gigantic, expansive orchestral and operatic works. This Sonata for Violin and Piano is a welcome delight and a valuable contribution to the repertoire. It falls into three movements in the manner you might expect.

The first is an Allegro, the second a less usual ‘Improvisation’ and the final an Andante moving into an Allegro. Melodically, the Sonata is a rich and luxurious as you would expect from the pen of Strauss. The opening movement has a heroic feel that Strauss carries off so well in many pieces. Given that the Sonata is close in timing to his orchestral tone-poem ‘Don Juan’, perhaps there is an argument to suggest an influence here.

Oddly, the second movement is not as improvisatory as you might expect given the title. It is a well-constructed, song-like piece that is expertly devised. In the Finale, the hero returns. The Andante is for the piano alone before the Allegro gets underway with a lightning speed flurry from the violin. A sense of triumph abounds in this last section and closes with as much optimism as it began.

This Sonata was really an arrangement of an earlier flute sonata and stems from 1943 when the composer was hiding in the Ural Mountains (Russia) from the ravages of the Second World War. Prokofiev achieves the fine balance in this Sonata between the virtuosic, the lyric and the darkly elegant.

Four movements make up the sonata with an opening marked Moderato; a Presto second movement, and Andante third and an Allegro con brio to finish. Even though war dominated the landscape at the time of writing, the Sonata maintains a broadly optimistic demeanour with only momentary reflective moments that hark back to the First Sonata.

If you listen carefully you can also hear the influence of jazz in the third movement. The Finale does not disappoint. Prokofiev poured some of his most delicious melodies into this concluding movement. The mood remains buoyant until the closing bars and is said to have inspired the Oboe Sonata composed later by Poulenc. 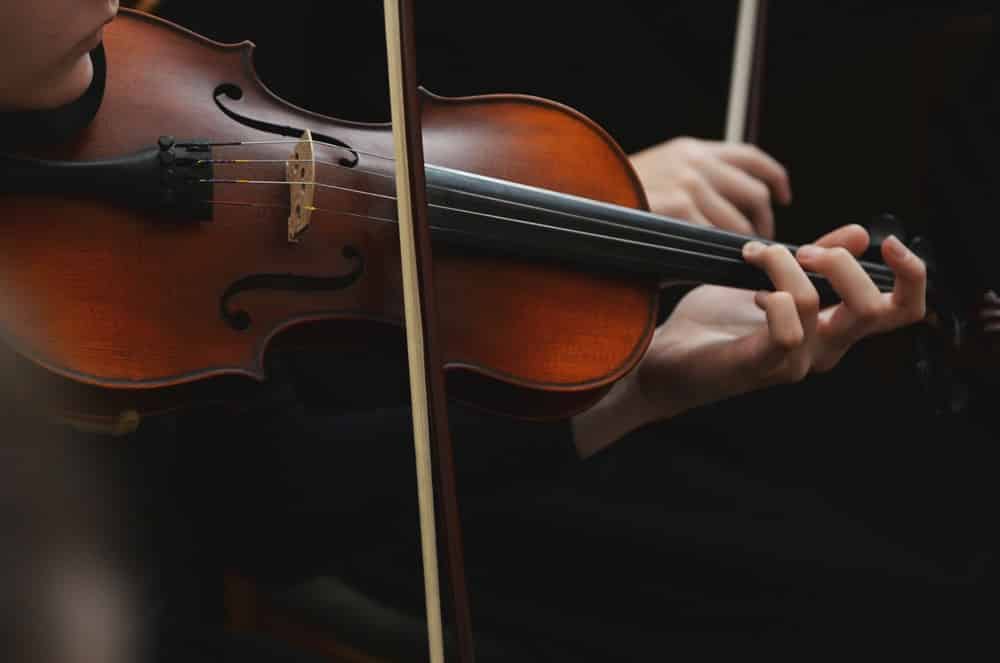 CMUSE - Nov 30, 2020
Violin, is one of the most ancient musical instruments that is still being played and loved widely all over the world. It has its...