Before Pachelbel’s Canon in D is dismissed or eternally embraced, I propose we examine the work and its context a little closer. Johann Pachelbel was German baptized, in Nuremberg in 1653 and lived until the age of 52, dying in Nuremberg in 1706. (His precise date of birth is not known). By many accounts, Pachelbel was a prolific composer in his day, a fine organ player and teacher.  His early years indicate that he was a gifted performer and very aware of the great composers of the time who he studied. At the age of fifteen Pachelbel enrolled as a student at Altdorf University where he would have studied a variety of traditional subjects. Pachelbel also served as organist locally but his stay was not to last as there were financial complications that eventually meant the young Pachelbel would move to Vienna.

Vienna was to be the making of the aspiring composer and organist. He moved to the city in 1673 where he was fortunate enough to become the deputy organist at St. Stephens Cathedral. At the time it is worth remembering that Vienna was the at the centre of European culture and exactly where a young musician needed to be.  It was during this time in Vienna that Pachelbel had the important chance to study the influential composers of the day. He found he had a fondness for the Italian style of music making which tended to avoid the weighty complexities of masters like Buxtehude. This did not mean that Pachelbel was not a fine contrapuntist but that he enjoyed the richness of melody and colourful, almost transparent harmonies.

The Canon in D major was composed somewhere around 1680, but the exact date is uncertain. The work is scored for three violins and a continuo. (This often comprised of a cello and organ who played the harmony and bass parts of the music and acted as a kind of musical glue, holding the performers together). It was not published on its own. The piece that follows the canon is a Gigue, (a lively dance similar to a reel). This piece is also delightful, yet seldom performed with the more popular canon.

At the time of its composition, the work did not stand out in any way from his already substantial output of choral, instrumental and chamber music. It was, in fact, the only canon Pachelbel ever wrote. The vast majority of Pachelbel’s compositions were Chorales and Chorale Preludes. This was for two reasons, the first being it was his job to write these pieces and secondly because there is evidence to say that Pachelbel believed these pieces to be morally uplifting and spiritually important. It wasn’t really until the early 1970’s that the Canon re-surfaced only then to be adopted and effectively remodelled into a vast array of pop songs.

(The score is available here)

The popularity of the canon can perhaps be attributed in some part to the progression of chords the work uses and it’s light, playful melody. If you analyse the chords you quickly discover that Pachelbel uses all the chords we enjoy hearing in successful popular songs and many other more serious pieces of music. Pachelbel provides a bass that gives an ideal opportunity for an appealing blend of both major and minor chords from which the melody springs. (D major/A major/B minor/F# minor or D over F#/G major/D major/G major/A major). The return to the dominant or fifth chord at the end of the sequence always leads the ear back to the home key and chord of D major but also gives the feeling of moving on. This is cleverly designed by Pachelbel to create this effect.

In the canon, the same bass line that is eight notes long, is repeated throughout the piece. (Technically referred to as a Ground Bass and consists of the notes D, A, B, F#, G, D, G, A), over which the chords are played. The bass is heard first followed by the first violin that plays a falling line. The nature of a canon is that it is full of imitation. This means one instrument copies another instrument. (If you remember singing Frere Jacque at school, then you’ll know what a canon is and sounds like). Next comes the second violin imitating the first violin. Finally, the third violin enters imitating the second violin. Pachelbel builds the texture of the canon through imitation and underneath maintains the same bass line for the duration of the piece.

As a musical composition it could have suffered from being overly repetitive but instead, Pachelbel avoids this by exploring the harmonic and melodic possibilities of the original bass line. The piece is also highly expressive and even though Pachelbel may not have added the dynamic (volume) markings in the score originally, the dynamic implications in the melody are intuitively interpreted. It brings the music to life.

This modest but delightful piece of music was not perhaps what Pachelbel himself would have wished to have been known for but without a doubt has become one of the most popular pieces in the classical repertoire. It has also been the basis for many, many other compositions. The sheer quantity of songs that include or are in fact an exact copy of the Pachelbel chords is too many to mention individually by name. Instead, I thought I would include a few links to the best of these just below. I hope you enjoy listening to the original canon and the pieces that it has given birth to. 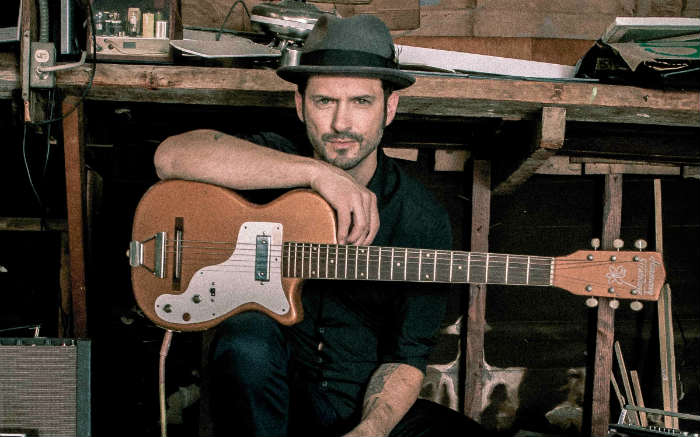 How Should You Introduce Classical Music to Children?