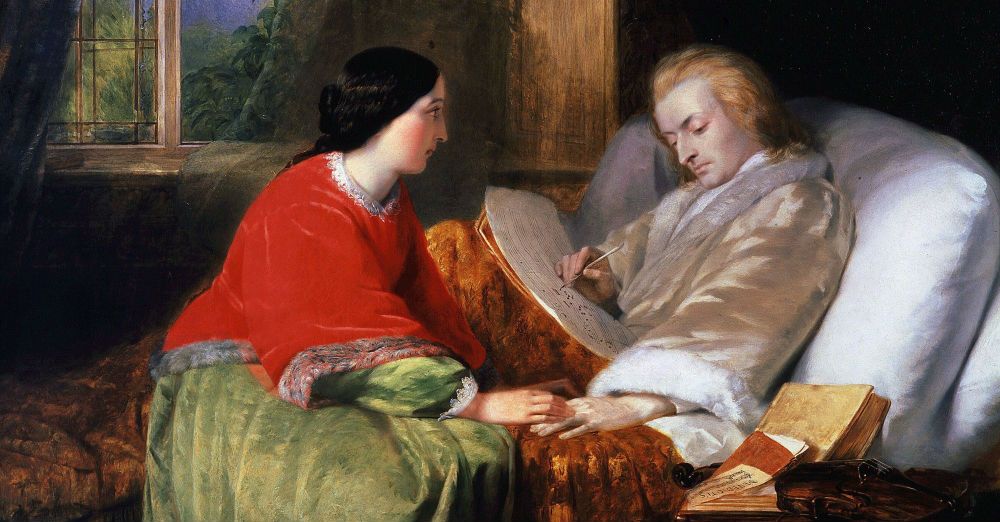 Despite a few drinks in his system, or perhaps because of them, Mozart managed to compose a masterful overture the night before “Don Giovanni’s” premiere. As is often the case with Mozart, his ability to compose works of genius seems to defy the laws of human nature.

The story goes like this: Mozart was out drinking with friends October 28th, 1787, the night before “Don Giovanni’s” premiere, when one friend remarked that Mozart had not written the overture for his opera yet. At around midnight, Mozart went to his room and composed this work within about three hours that night, kept awake by his wife, Constanze, telling him stories of Aladdin’s lamp, Cinderella and so on.

On the night of the premiere, copyists had just finished making copies of this hastily written overture before the performance. The orchestra was assembled, the crowd was gathered, and just before the curtains went up the musicians were handed this wonder of a piece. Legend has it that the musicians sight-read the overture so well that the audience that night at the Estates Theatre in Prague applauded the work enthusiastically.

While Mozart may be able to pull off this close call, for any composers reading this, do not try this at home unless you are as sure of your genius as Mozart was.