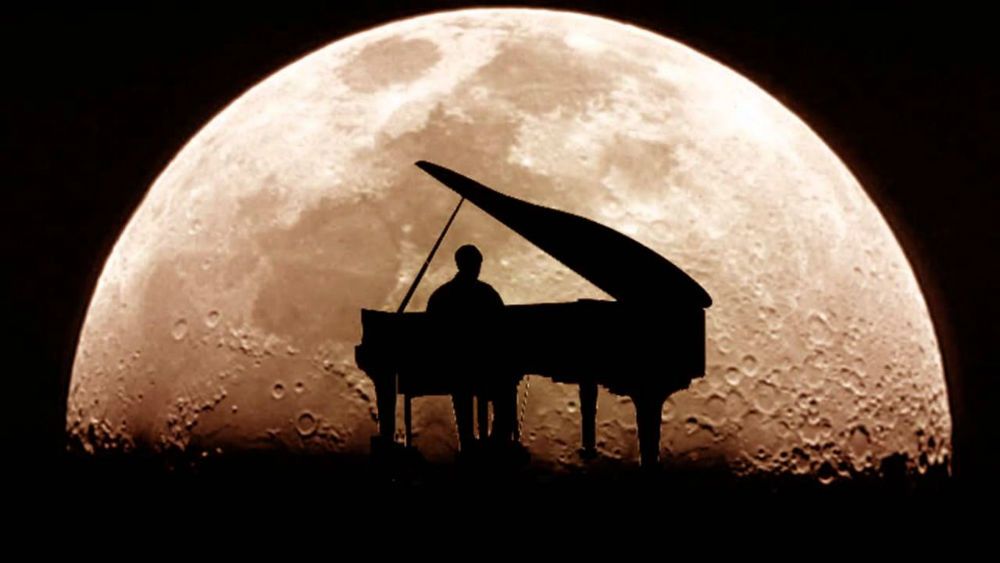 The earliest depiction of the Moon is a 5000-year-old rock carving at Knowth, Ireland, and it would be wrong not to mention Vincent van Gogh’s Starry Night.  In Ancient Greece, Sappho praised the silver face of the moon. The Tale of the Bamboo Cutter is a tenth-century Japanese folktale relating the story of the Moon Princess who grew up on earth as the adopted daughter of a bamboo cutter and his wife and, growing up, she beguiled noblemen with her beauty (make sure you check out Isao Takahata’s recent anime version).

In Ludovico Ariosto’s Italian epic poem Orlando Furioso, the English Knight Astolfo tries to find a cure to Orlando’s madness by flying up to the moon with Elijah’s chariot: the moon is the place where everything that is lost on Earth can be found, and there, he finds Orlando’s lost wits. In the dramatic poem Manfred by Lord Byron, the moon makes several appearances, albeit in a more gothic and unsettling context.

Since music itself has never been immune to the appeal of the moon, here are nine pieces that reference the Earth’s satellite.

The first edition of the score bore the heading  “Sonata, quasi una fantasia”, which means “sonata, almost a fantasy.” In 1832 German music critic and poet Ludwig Rellstab likened the effect of the first movement to the moonlight shining upon Lake Lucerne. “Quasi una fantasia”  reflects the fact that the work does not follow the traditional movement arrangement of the genre in the Classical period, namely fast-slow-[fast]-fast: instead, the rapid music is held off until the third movement in an adagio-allegretto-presto division. This sonata is held to have been the inspiration for Chopin’s Fantaisie-impromptu.

The third movement of the Suite Bergamasque, Clair de lune owes its name to a poem by Paul Verlaine, which also refers to bergamasques in its opening stanza. That poem also inspired Gabriel Fauré who, in 1887 composed the song by the same title.

In Dvorak’s opera by the same title, Rusalka is the daughter of the spirit of the lake and has fallen in love with a prince who went hunting near her dwelling. In Song to the moon, she addresses the moon, asking it to tell the prince about her love. At the beginning of the aria, the use of large arpeggiated chords invites the audience into the fairy tale land of Rusalka. In a Little Mermaid-like fashion, in order to win the prince’s heart, she will soon trade her voice for a human appearance.

The composer described this Romanza as ‘intended to convey the impression one receives when gazing on a beautiful landscape that evokes in the soul beautiful memories – for example, on a fine moonlit spring night’.

Schubert composed incidental music for the play Rosamunde, Fürstin von Zypern by Helmona von Chézy. The play concerns the attempt of Rosamunde, who was brought up as a shepherdess by the mariner’s widow’s Axa, to reclaim the throne of Cyprus. Even though the original is lost, a later version in five acts was discovered in the State Library of Württemberg and published in 1996.
The romanze in f minor and major is for alto and orchestra.

An arietta composed by Vincenzo Bellini to an anonymous Italian text, it was published in 1838 in Tre ariette inedite, along with two other Bellini songs: Il fervido desiderio and Dolente immagine di FIlle mia. Vaga luna is composed in the bel canto style, and its original key is A flat major, its tempo andante cantabile. In it, the singer addresses the moon, as it is able to evoke  “the language of love” and acts as the witness of his (her) ardent desire. The moon is asked to deliver a message of love to the singer’s beloved, who is far away from him (or her). Such distance, however, cannot allay the singer’s grief (il mio duol non può lenire). Another moon-related aria by Bellini is Casta Diva, where high priestess Norma addresses the moon goddess, asking her to bring peace.

A string sextet in one movement composed in just three weeks, Verklärte Nacht was inspired by Richard Dehmel’s poem of the same name. The movement can be divided into five-section, each referring to the five stanzas of the original poem. When it premiered, it was controversial not only for its highly advanced harmonic idiom, but also because of the explicit reference to sexual themes in Dehmel’s original poem, which describes two lovers walking through a forest on a moonlit night and where the woman explains to her new lover that she bears a child of another man. In the poem, the moon shines above the forest, keeping pace with the lovers.

“La nuit, L’amour” is the second movement of Rachmaninoff’s Suite n. 1, a composition for two pianos in four movements dedicated to Tchaikovsky. Each of the four movements illustrates four extracts of poem (Mikhail Lermontov, Lord Byron, Fyodor Tyutchev, Aleksey Khomyakov.) La nuit l’amour  is headed by a translation of the first poem in Byron’s Parisina, the story of illicit love between the namesake heroine and her husband’s bastard son.

Originally published as a poem in Bertolt Brecht’s Hauptpostille ,it was set to music in 1927 by Kurt Weill for the Songspiel Mahagonny and again in the opera Aufstieg und Niedergang der Stadt Mahagonny. There, it is performed by the character Jenny and her fellow prostitutes. Even though Aufstieg is performed in German, Alabama song is sung in English, albeit in a generally idiosyncratic language. 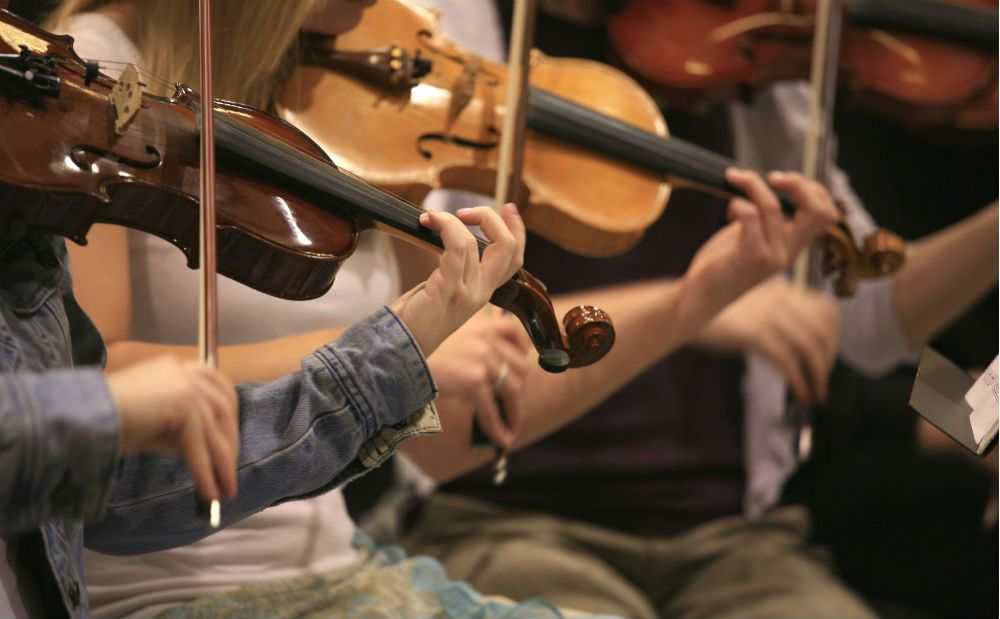 Jordan Smith - Feb 9, 2015
The long-running debate about whether classical music appeals today to a broad enough section of the population was given fresh life last month with...