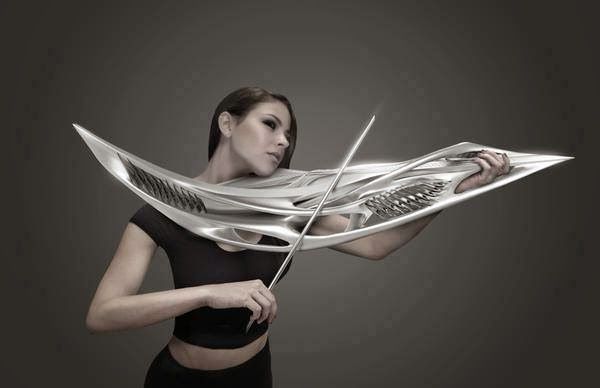 Classical music’s relationship with the world of sci-fi and fantasy has mostly been in a limited capacity, your standard soundtrack pieces for epic films. Monad Studio wants to change that completely. It’s latest violin design features a 2-string violin with a futuristic, and anime-styled approach to instrumentation.

Resembling something you may find at a comic book convention via cosplay attendees, the piezoelectric can appear to double as an archery weapon for players of any of the modern video games like World of Warcraft or taken from Legolas’ cadre of tools from Tolkien’s Lord Of The Rings trilogy. The instrument uses 3-D technology to frame sounds around changing cones and textures. The interactive surface allows users to create various sound textures through computer-generated sounds. 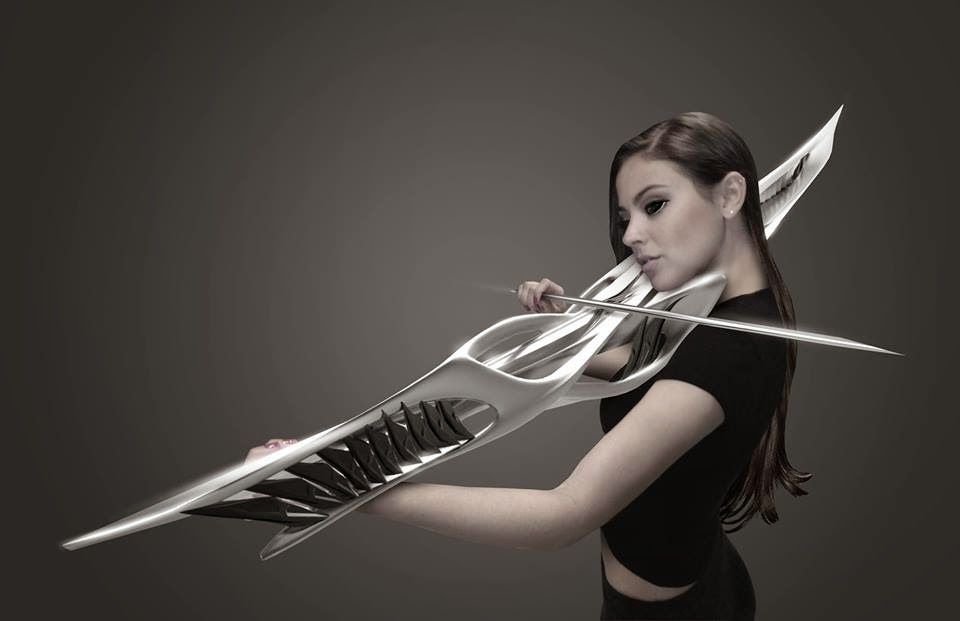 The instrument will be on display at the 3D Print Design Show on April 16-17 at the Javits Convention Center in New York. 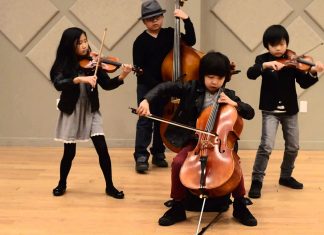 CMUSE - Mar 21, 2015
Based in Long Island, these kids have apparently been playing together since they were four years old, and have made TV appearances in Korean...

Behind the scenes of the Berliner Philharmoniker’s Digital Concert Hall