Perhaps the greatest difference between contemporary composition and the world of the classical composer is technology. While the young Mozart honed his playing and performing skills on a harpsichord and wrote down his ideas on manuscript paper with a quill pen, today’s composer has everything available to them through a basic personal computer.

Technology has become increasingly cheap and the quality of computer-based sounds dramatically risen to the point that in the hands of a skilled technician, you are hard-pressed to tell the difference between the London Symphony Orchestra and a computer-generated performance. It is tempting to wonder what early composers would make of the music today and how it is made.

Technology has also made the art of composition change radically. It is perfectly possible to use pre-recorded material in a sequencing programme like Logic, Cubase or Garage Band and simply reassemble it into a piece of your own. There is no genuine composition involved other than the structure of what you create. The results are instant and can be convincing.

This idea of re-composing other people’s music is not new and Mozart himself devised an amusing ‘dice game‘ for which he composed 300 individual strands of music that could all be arranged to create little pieces. The degree to which this option stands open for today’s composers is a whole world away from Mozart.

Music has evolved over time and now in the 21st Century, there are probably more genres and styles of music than at any other time in history. Many of the traditional musical forms that dominated the Classical Period still exist and are used today. Sonatas and symphonies are still composed. Opera is alive and well, as is the concerto and the oratorio. These forms whilst still recognisable in the classical sense are radically different from their 18th century great-great-great Grandfathers.

If you played symphony from the 21st century to a renowned classical composer it is highly probable they would cover their ears in shock. This is not only because the structure of the symphony has evolved but the harmonic palate has too. Modern music no longer always relies on the conventions of tonality and for some composers, a move towards total serialism has been favoured rendering the music deeply dissonant to classical ears. The familiar sound of key and cadence has all but vanished from many modern pieces and I suspect the work of Birtwistle, Boulez, Ligeti or Max Davies would bring an uncomfortable grimace to the faces of our famous classical composers.

Classical ensembles groups like the orchestra, the string quartet and quintet, the choir are still very much the centrepieces of contemporary music writing. The difference is that whilst a Haydn orchestra might have been around 60 players, today’s orchestra can number double that. Each of these established groups has stood the test of time. This particular arrangement of players works for composer, performer and audience alike and I do not imagine it will vanish any time soon. What has also changed is the instruments themselves.

Even though there are many credible recreations of performances from the classical period on reproduced classical instruments, there were limits these classical players faced. Today’s instruments represent the pinnacle of technical perfection and craftmanship. Their tuning is reliable, their tone focused and their action a delight to play on. This was not always the case over two centuries ago and there are many accounts of terrible performances of works that were beyond the capabilities of the instruments and in some cases, the players of the time.

One area of modern music that they could not have dreamt of is perhaps that of film. The film industry has become a multi-billion dollar business and transformed the commercial world of music composition. What is ironic about the film industry is that even if it could not be conceived of two-hundred years ago, the music that is written for films is almost all directly influenced by the world of classical music.

Similar to the many commission’s classical composers received, movie composers, have tight deadlines and high expectations from their sponsors too. Both groups of composers are required to write quickly and to provide something unique. Film composers often draw on the same instrumental combinations as the classical composers but have the advantage of many more professional players that perhaps even Mozart had at his disposal.

What movie music represents is one corner of the vast world of commercial music that is produced today. To an extent, you could argue that Mozart and Haydn composed works that were not always meant for a still and attentive audience but to accompany an occasion or celebrate an important event.

Classical composers needed to accept the work as it arrived just the same as contemporary film and popular music composers of today. It may well be that composers like Haydn, Couperin, CPE Bach, Mozart or Boccherini to name but a few, composed music that they hoped may endure into future generations, but they also needed to eat and pay the bills. They did so like the commercial writers of today through selling their music.

One striking difference to me seems that the commercial popular music world of the 21st century is so driven by the financial gain that a great quantity of the music is derivative, repetitive and lacks imagination. There is money to be made by producing certain types of popular music today that appears to have little interest in the longevity of the work but simply the dollars in the bank account.

My feeling about the composers of the classical era composers is that they were always striving to compose something of substance that had enough innovation and imagination to carry it forward for many centuries to come.

Whether you analyze the compositions of today or look back at the work of the classical masters the underlying elements of melody, rhythm, harmony, texture, and structure underpin all music. Today’s compositional styles rest firmly on the shoulders of these musical giants and even though at first hearing you can be convinced of their differences, underneath they are built of the same materials. 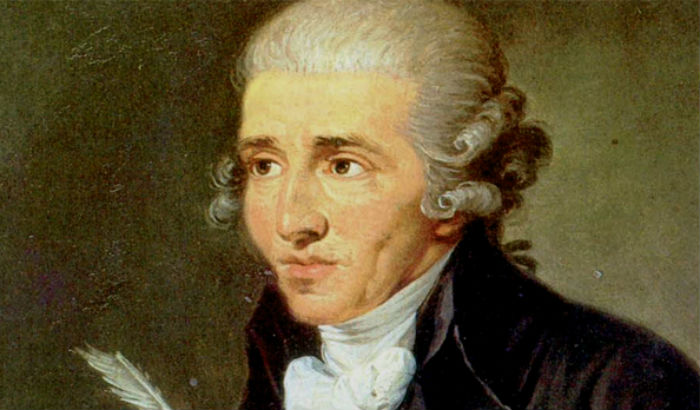 Jordan Smith - Dec 12, 2016
Historical records suggest that Beethoven began music lessons with Joseph Haydn on 12 December, 1792, shortly after his arrival in Vienna. While it is...

9 Famous Pieces of Reggae Music You Should Listen To