The American composer, Leroy Anderson, is known for his light-hearted, often humorous, music for symphony orchestras. The Boston Pops Orchestra under the direction of Arthur Fiedler introduced many of Anderson’s works to the public. Most of those were about a simpler time in America. Sleigh Ride and The Typewriter are two famous examples.

Anderson was born in Cambridge, MA, into a musical family on June 29, 1908. His mother was a church organist and taught him to play the piano, and his father played the mandolin and banjo. His formal music education included piano lessons at the New England Conservatory of Music and Harvard University for his undergraduate and graduate work in music composition. Even though he became the director of the Harvard University Band while a graduate student and tutored music at Radcliffe College, he chose to pursue a doctorate in languages.

He had grown up hearing English and Swedish in his home due to his parents having come to the U.S. from Sweden when they were children. In addition to English and Swedish, he was also fluent in German, French, Italian, Portuguese, Icelandic, Danish, and Norwegian. He had accepted a position as a language teacher at a private school but made the last minute choice to stay with music.

Anderson began writing arrangements and original compositions for the Boston Pops after his work for the Harvard University Band caught the attention of Arthur Fiedler. In 1936, the composer wrote his first arrangement for the Boston Pops and, in 1938, the pops orchestra performed his first original composition, Jazz Pizzicato. The success and popularity of these early works created a long-term association for him with Fiedler and the Boston Pops Orchestra. By the early 1950s, Anderson’s light concert music was well-known and popular on an international level.

One of his pieces best known by the general public is Sleigh Ride. This work has become associated with the Christmas season even though it is not specifically about Christmas. In fact, his original work was strictly instrumental. He first got the idea in the summer of 1946 during a July heat wave while he was in Woodbury, CT, and finished it in February 1948.

The instrumentation depicts an old-fashioned, horse-drawn sleigh with sleigh bells, horse hooves, and the crack of a whip. The Boston Pops first recorded it in 1949, under the direction of Arthur Fiedler. The orchestra recorded it several more times over the years with Fiedler, John Williams, and the current director, Keith Lockhart. The lyrics were written by Mitchell Parish, a few years after Anderson wrote the music, and contain the phrase “pumpkin pie” without suggesting a specific holiday.

Both versions of Sleigh Ride, instrumental and vocal, continue to be one of the top works of the Christmas season throughout the world. The most popular instrumental recording was made in 1950 with Anderson as the conductor.

Another light-hearted piece with a nostalgic flavor is The Typewriter. This was written in 1950 for orchestra and an old manual typewriter. Its first performance was also its first recording with Anderson conducting in 1953. The setting takes the audience back to when newspaper columnists wore visors while typing out a story. The typist has a deadline and is going as fast as possible using only his or her two index fingers. There are no modern computer keyboard conveniences. The paper must be inserted manually, the carriage return and spacing are done manually, and a bell rings at the end of each line.

Leroy Anderson died in 1975 but his work remains popular. His music is performed by marching bands, orchestras, jazz groups and individual artists. Commercials, television and radio programs use it as background music, and it is played for visiting dignitaries at the White House. In 1988, Anderson was inducted into the Songwriters Hall of Fame. 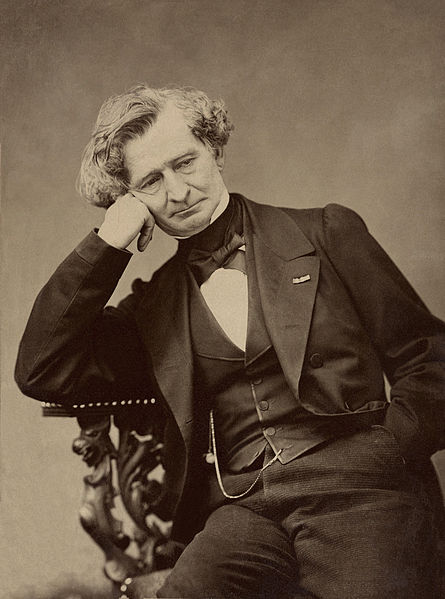 Jordan Smith - Oct 27, 2016
If you’re hosting a Halloween party, or just looking to get yourself suitably worked up into a frenzy of terror for whatever you have...