We could call this poetic irony, but that might come across as though it’s an implication tied to Kanye West and Taylor Swift.

Incidentally, Swift did present the 2015 Michael Jackson Video Vanguard Award To Kanye and did call him her “friend.” This friendship might be to the same extent as a connection made on Facebook with no literal interaction or conversation, just the click of a button and a status update. However, few can forget the incident in 2009 when West interrupted Swift’s award presentation to go on a rant against not only Swift’s win, but the entire award system itself. 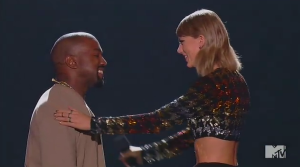 Which brings us back to the poetic irony. It’s ironic that West, a very talented performer and songwriter, is known more for what he does on stage (and in public light) that has nothing to do with music, particularly at award shows, than for what we would hope earned him the VMA award in the first place.

His speech here is incoherent in several ways, but what stands out the most is that he will be invited back to speak or to “win” an award because of the volatility that will come with it. He gives away the game plan (that we all knew about anyways) on MTV or (fill-in-the-blank) music award presenter will do whatever they can to drive up ratings.

Will Kanye announce that he’s going to convert to Catholicism next year so that he can be in the running to be the next Pope? We’ll see. I’m sure MTV will find some way to award that to grab another few million views.

In all seriousness, it is a good thing that Kanye (at least in his mind) fights for artists and musicians. How he determines who he’s fighting for, and what earned the artists who have Kanye’s support remains to be seen. But few would push away the attention that this crusader for the arts brings, apparently even the people’s champ-Taylor Swift. 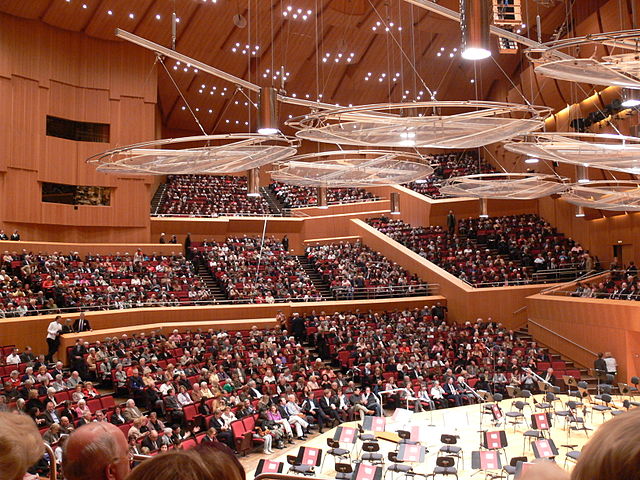 Jordan Smith - Sep 29, 2016
It seems like the concert management firm for the London Philharmonic’s recent appearance at the Gasteig in Munich maybe forgot to sell the tickets,...