It’s no secret that not all hearing is created equal. There are frequencies of sound that are very discernable to dogs that you and I can’t hear or aren’t moved by. It turns out that not just mammals have better hearing than people, but some other species might as well. Which caused some folks to wonder if the Jaws theme could be heard by other animals if played on an instrument that plays a frequency below what people can hear.

The Octobass isn’t a new player in the instrument world. Actually it’s been around since the 1850s. The octobass also plays a frequency of sound below the human range of hearing, roughly at 16 Hz.

So what does all this frequency sound add up to? While an Octobass may be able to play a perfect version of the theme from Jaws, you and I might not be able to hear it. Whereas the central character from the movie could easily dance along (figuratively speaking). 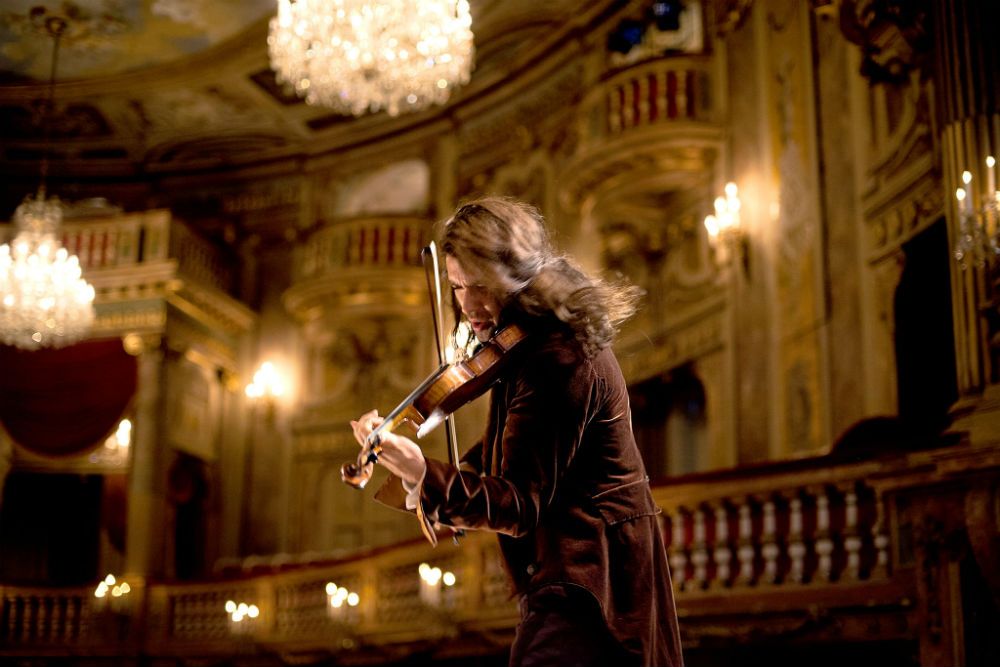 David as Devil: Garrett Takes on the Role of Paganini in...

Jude Warne - Feb 5, 2015
This is not the first venture of writer-director Bernard Rose into the world of classical musicians’ lives: in 1994 Rose was responsible for Immortal Beloved,...