Music can undeniably bring wonders to our well-being — from easing depression to soothing our tired body and spirit. That is why there are various types of music available nowadays, enabling us to choose whatever we want that fits into their moods. Because of the seemingly magical effects of music on us, there have been various researches that prove the psychological and physiological effects of music on the human body. Here are the three benefits of music.

The benefits of listening to music every day

While we all know that music can relieve our tired souls and ease our sadness, there are other significant benefits that music could bring. These include the following:

Even before, music has been used for healing. It has a distinct effect on the different biological processes of a human body such as inhibiting fatigue, normalizing pulse rate, easing hypertension, and others.

In fact, music has been used in therapy sessions for patients in some hospitals in Europe and in the United States since the 1950s. It has been included in the multidisciplinary approaches in the medical world.

Music has also been used since the early 1900s as a therapy for mental disorders and those who are developmentally disabled, elderlies, and people with multiple disabilities, including those who were into drug and substance abuse.

Music has also been proven to induce physical relaxation, happiness, and a sense of greater physical and emotional well-being, which could affect the general well-being of music-inclined individuals in a positive way.

I’d bet you relied on music, too, when the one you love unfortunately did not love you back (Unbreak my heart sings in the background).

So if you listen to music every day, you’re paving the way to your recovery faster than merely crying in the corner.

2. The Music Nourishes the Brain and Promotes Intelligence

Music has been a significant medium that could help in developing mental capabilities, especially if the music is part of one’s daily routine.

For instance, children were able to catch up with ideas through songs. This is due to the fact that listening to music can help the brain in processing enormous information unconsciously. Little kids can count 1 through 10 without them even knowing it.

Also, children who play instruments and listen to music have developed brains that can process sounds. This process is called Neurophysiological distinction which could be vital in developing literacy and could be translated into academic progress for children.

It was also discovered that about 18 areas of the brain are activated when engaging in music, either through music making or listening.

But then, not all types of music production the same results especially when it comes to studying. In a study, it showed that there are types of music that are associated with higher grades.

These include the easy listening type of music such as classical and others. Those that belong to rap, hip-hop, and similar types are associated with a lower GPA.

I think it’s time for me to replace a whole lot of songs in my playlist.

There have been studies that show that regular active participation in music-making could help in developing one’s social and personal skills.

In a study conducted by Broh, it showed that students who participate in musical events are those kids who could effectively communicate with their parents and with the people around them.

This efficiency in communicating due to the inclination to music could be translated into high self-esteem that provides enormous social and personal benefits to the child.

In another study, children who were members of the school band in different schools in the United States tend to become appreciative, disciplined, fun, active, and mature relationships, which are vital in building relationships with different types of people.

But it’s not just music-making that can help us boost our self-esteem. Merely listening to Lady Gaga’s Born This Way every day makes us feel more powerful.

Conclusion about the benefits of music

Indeed, music has many known benefits since time immemorial. Making it a habit to incorporate music into our daily regime, especially those that promote well-being, could be a great idea in attaining physical and psychological health.

So, the next time you feel downtrodden or being bugged with health issues, be it physical, emotional, or mental, turn that record player on, power up that soundbar, or grab some musical instrument, and indulge yourself in a sound tripping moment.

And enjoy all these benefits of listening to music the only harmony can bring. 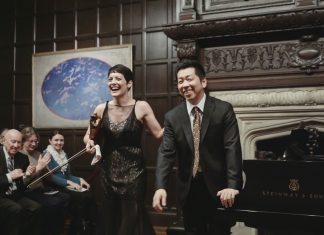 How did Robert Burns intend his songs to be performed?