The fissure between the Eurasian and North American tectonic plates is very large, stretching out along the northern third or so of our planet, and for the most part it’s far enough out to sea that seeing this fissure as a physical thing isn’t very plausible for most of us. But there’s a point where the fissure between these massive tectonic plates is visible: at a place called the Silfra fissure, located at the bottom of Lake Thingvallatavatn in Iceland’s Thingvellir National Park.

So Silfra is as logical a title as any for the album-length collaboration between North American violinist Hilary Hahn and German pianist Hauschka: it represents the fissure between their two worlds. They dreamed up and recorded the album at Greenhouse Studios in Reykjavik, only 50 kilometers or so from the Silfra fissure itself.

If you’re familiar with Hahn’s work, you know that she usually commands melody; if you’re familiar with Hauschka’s, you know that he usually defies it. They have met each other halfway, Hahn recording subtly dissonant notes as if she is working with a prepared violin, Hauschka downplaying tonal experimentation and focusing on each composition’s narrative effect. The end result is an album that manages to be both experimental and accessible, presenting melodies that are unearthly but not dissonant. There is a logic to this music, but it is a logic all its own.

It has now been several years since the album’s release, and Hahn and Hauschka have moved on to other projects: Hahn to her Grammy-winning In 27 Pieces, Hauschka to his innovative Abandoned City. But Eric Epstein’s groundbreaking video to their Silfra track “Draw a Map” has been making the rounds lately, and deservedly so. Originally released in June 2012, it deserves a second look.

Hilary Hahn and Hauschka “Draw a Map” from Najork on Vimeo.

Epstein explained at the time what drew him to the idea of making a video centering on animated wire forms, sensory deprivation, and Borgesian cartography:

“I think the only suggestion or restriction the artists gave me for the video was that they not be in it … We were also given the unusual freedom to pick the album track we wanted to work with. Since the tracks differ wildly in length/mood/rhythm, really drastically different ideas could have been made.

“In the track I chose, I was drawn to the strong percussiveness of it. There was a lot of overt structure to order the visuals around. So I wanted to have some animated element moving to the sound, and had a technique I’d been meaning to try for years. But it also needed some context for this pulsating wire-form, so that it had more interest than just pure graphics … The process of thinking about music video, deriving visual associations from sound, is somewhat reflected in the video’s made-up research.”

The track itself sounds something like what a surrealist’s music box might play: using melodic progression that we cannot anticipate, it builds to a crescendo that we would not have known to ask for. It is a track, in other words, that combines the methodology of improvisational jazz with the structure of traditional classical music. It works, and works well. And when something this innovative works this well, we’re wise not to overlook it. 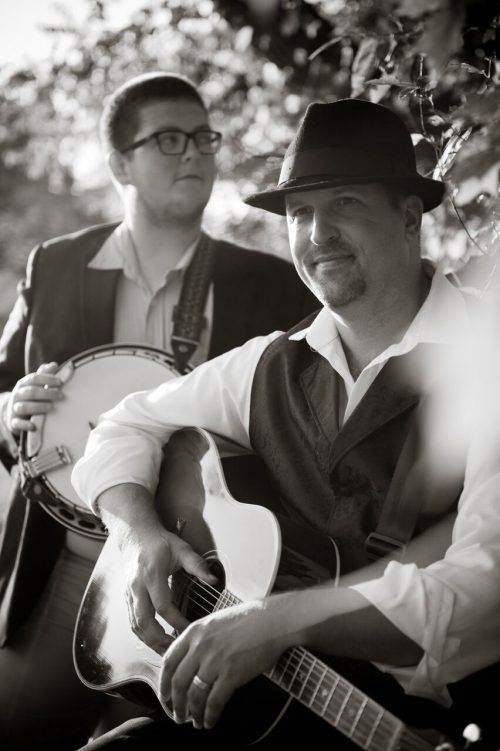 Jordan Smith - Nov 30, 2016
"The Miller Girl"” is the first album produced by the collaboration of singer-songwriter Steve Hussey and multi-instrumentalist Jake Eddy. The West Virginia-based duo is...