It’s Elgar’s Cello Concerto in E Minor for me. But for psychologist Psyche Loui, it’s Rachmaninov’s Piano Concerto No. 2. “It,” of course, being the music that hijacks your brain’s reward system and provides a pleasurable sensation akin to that of sex or drugs.

In “Thrills, chills, frissons, and skin orgasms: toward an integrative model of transcendent psychophysiological experiences in music,” Loui and graduate student Luke Harrison attempt to explore this sensation from an academic perspective. Their first order of business is naming it, and a substantial section of the paper is devoted to this task. “Thrills” and “chills,” the most well-­known candidates, seem undone by their very popularity. Used in wide­-ranging contexts and often considered synonyms, their definitions are too fluid. Additionally, their connotations are too powerful: a study using the term “thrills” found the sensation reported more frequently in happy songs while another study using the term “chills” found it more frequently in sad songs. Connotations also prove the downfall of “skin orgasms,” to Loui’s chagrin, “despite its uniquely accurate description of the musically induced emotional phenomena.” Ultimately, Loui and Harrison settle on the relatively neutral though obscure descriptor,“frissons.”

So, what exactly are frissons?

According to Loui and Harrison, they can be triggered by “peak experiences” in music and result in some, if not all, of the following symptoms: tingling, raised body hairs, gooseflesh, tears, lump­-in­-throat, and muscle tension/relaxation. They can be fairly reliably elicited from the same piece of music time and again. This may be attributable to the brain functions accompanying a frisson. “[O]nce we experience a musical frisson,” Loui and Harrison write, “we develop a dopaminergic anticipation for its return, effectively becoming slightly addicted to the musical stimulus.” As demonstrated in a 2001 study of frissons by Anne J. Blood and Robert J. Zatorre, regional cerebral blood flow increases in the left ventral striatum and dorsomedial midbrain (areas associated with the brain reward circuitry) while decreasing in the right amygdala, left hippocampus/amygdala, and ventromedial prefrontal cortex (regions related to fear and evaluative processes).These findings correspond with those in response to cocaine administration in subjects addicted to the substance. Blood and Zatorre also point out that the brain’s reaction to naturally rewarding stimuli (food and sex) is similar.

In examining the type of music that produces this sensation, Loui and Harrison believe that “it is important to maintain an egalitarian perspective, as music that induces frisson can be found across most, if not all, cultures and genres.” The research that exists today, however, reflects an overwhelming bias towards the classical genre. For example, in the Blood and Zatorre study, all participants had at least eight years of music training. When asked what music gave them chills, all selected classical pieces. Nevertheless, when analysing the features of this music at the point of frisson, it becomes clear that Loui and Harrison are right to maintain their egalitarian perspective. Sudden changes in harmony or dynamic leaps are not exclusively classical domain. As the BBC points out, Adele’s “Someone Like You” contains exactly the type of melodic appoggiatura that gooses the flesh.

Have you found your frissons yet?

Put down the cocaine and turn on the radio. In the words of Blood and Zatorre:

The ability of music to induce such intense pleasure and its putative stimulation of endogenous reward systems suggest that, although music may not be imperative for survival of the human species, it may indeed be of significant benefit to our mental and physical well-­being.

Or, in the less academic parlance of Marvin Gaye: let’s get it on. 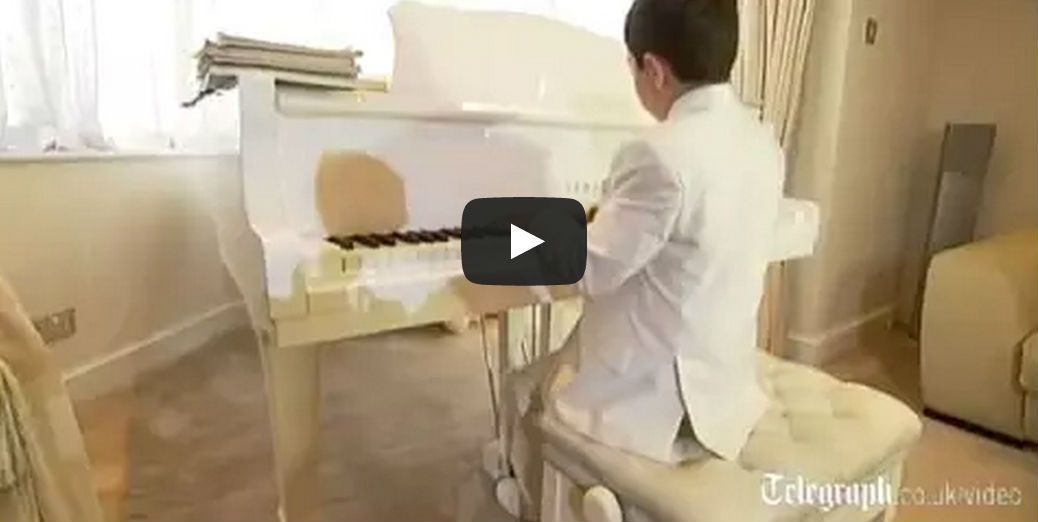 Angelica Frey - Apr 30, 2015
The eleven-year-old Curtis Elton, who received a LTCL at Trinity College London, started playing the piano when he was three. He used to listen...

The Art of Composing Music