The title of this article may reasonably raise a few eyebrows. Are we saying that borrowing is acceptable but theft is to be applauded? Can we with a clear conscience, justify this kind of behavior in the world of the Arts if we have already acknowledged the work as being of value without knowing its origins? The quote that provides the focus of this article is from the inimitable Igor Stravinsky who himself certainly ‘borrowed’ from the well of Russian folk-music and possibly the Baroque composer Battista Pergolesi in his ‘Pulcinella’ Ballet. (Interestingly, it appears that according to some sources, Pergolesi probably did not compose the original music after all).

Perhaps Stravinsky did steal the music of another composer for his composition but does this make him a great composer? We rightly consider WA Mozart to be a composer of immense creativity, originality, and even genius but does it alter your opinion to know that Mozart too stole the work of another composer. Following the hasty composition of his 36th Symphony, nicknamed ‘The Linz’, Mozart it appears was keen to add another symphony to the concert season.

Until 1907, the 37th Symphony was thought to be the work of Mozart when it was revealed that is was the work of Michael Haydn. Mozart’s 37th is the embellished, re-worked, and re-orchestrated 25th Symphony of Michael Haydn. It is worth reflecting on the fact that all manuscripts were notated by the composer’s hand. On a first glance at the manuscript of the 37th Symphony, you would see clearly that it is Mozart’s work, making it quite a challenge to prove otherwise.

Whether Stravinsky or Mozart stealing or borrowing work form other composers justifies the quote above is not the entire point of the article. What is key to show is that composers through the ages have borrowed or stolen the work of other composers as a matter of practice. You can choose almost any period of musical history and you will quickly discover that composers use the work of others to generate their compositions. Part of the muddle is that in this day and age, we tend towards the idea that a composition, or for that matter almost any work in the Art World, as ‘brand new’, or original. On what we base this assumption is probably the focus for another article, but the assumption is not correct.

Perhaps one of the clearest examples of borrowed work could be a great number of masses composed during the Medieval or Renaissance periods. The ‘Parody Mass’, even with its misleading title, simply used the music from existing music; madrigals, chansons, motets for example. This was common practice during these long periods of music and no shame was brought to bear on the numerous composers who adopted this approach. The inclusion of huge passages of Gregorian Chant into later masses was an expectation as polyphony began to take hold in the late Medieval period. Composers wove their music around the ‘cantus firmus’ to breathe life into the old material; not as a quotation but as the bedrock for innovation. This has given rise to many beautiful works by composers like Byrd, Monteverdi, and Palestrina.

Bach and Handel are unlikely to have spent hours pouring over a decision to re-work other composer’s music. For some scholars, it would seem that the ‘new’ versions are an improvement on the existing ones or at the very least explored musical avenues that the original composer did not choose to investigate, or overlooked. In the case of Bach, some would claim that Bach frequently stole the work of other composers and then proclaimed it his own. One of the most notable alleged thefts by Bach is the Concerto for Four Pianos; BWV 1065 that is actually Vivaldi’s and Concerto for Four Violins; RV580.

Does this make Bach a great composer rather than a mediocre one who just borrows; or is an accurate historical understanding of the musical practices of the day required to fully appreciate this situation? Handel is reported to have approached the music of other composers similarly to JS Bach. In 1722 he was accused directly by a contemporary of stealing music from the Aria’s of Lotti, but it was not a subject that occupied much of the public’s concern at the time.

Beethoven, we know used the music of Mozart. In the first movement of the ‘Eroica Symphony’,

This does, in Beethoven’s defense, leave a significant catalog of music that did not directly exploit the work of others and the same can be said of the other composers discussed above.

According to Stephen Klugewicz in his 2018 article titled “Copying Mozart: Did Beethoven steal melodies for his music?“, he suggests that the term ‘plagiarism’ did not commonly apply in law to music in the 18th Century as it did for the written word. As we look back at the borrowing or stealing of other composer’s music with 21st Century eyes there is a danger of misunderstanding conventions. That said, there must have been a distinction between literal copying of another person’s work and the use of motifs, small passages or themes that develop into a whole new composition. Perhaps it was more a question of ownership during the earlier periods of music when it must have been tricky to prove who’s work was who’s in manuscript version.

What I feel the Stravinsky quote steers us towards is the fact that some of the greatest composers who’s music have endured have built their careers on the work of others. Without their predecessors then it is less probable that they would have been able to create such works of wonder. The term ‘borrowing’ as opposed to stealing is a more sanitized, less offensive way of saying the same thing.

If you do not acknowledge that you have used the music of another composer in your composition, then it has to be described as theft. It may be an innocent mistake, as there is only a finite combination of notes, rhythms, and harmonies, but in many cases, this seems not to be the truth of the matter. Trying to sanctify what amounts to plagiarism by attributing it to greatness is somewhat divisive and misleading, and in the final analysis, true greatness will always shine through. 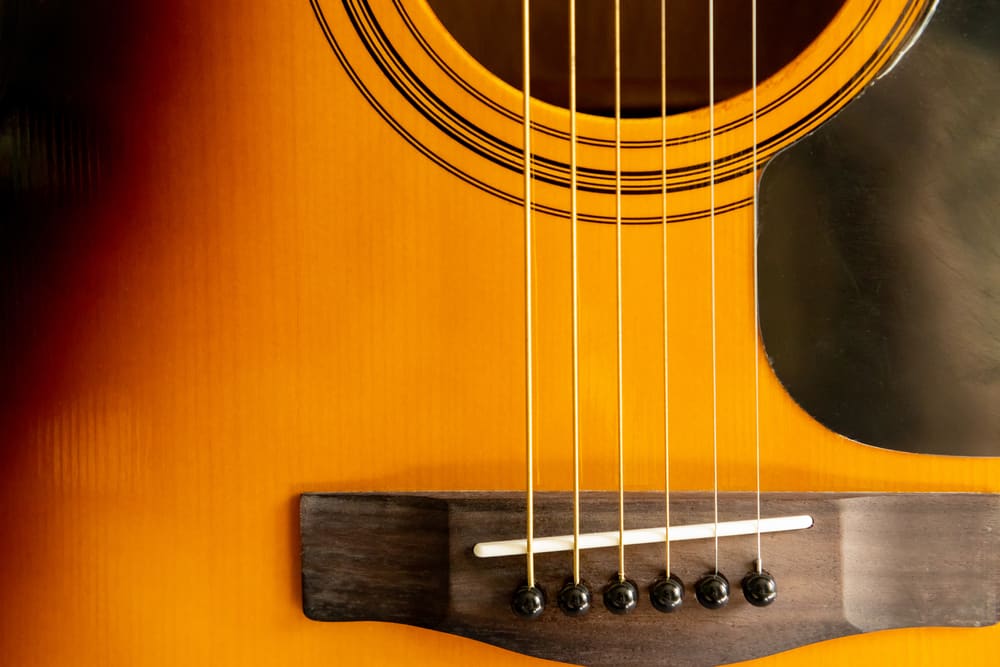 CMUSE - Nov 21, 2021
While playing the guitar, you must understand the formation on your guitar and it goes without saying that there is hardly anything that you...

All About Maton Guitar: An Overview