Game Of Thrones, the hit HBO series, has been a big part of our blog series. From virtuosic piano solos to an impromptu performance at Buckingham Palace, music from this TV series is captivating audiences across the globe.

Though this presentation was not scheduled, and audiences (mostly tourists) outside the gates of Buckingham Palace in London were surprised by the royal guards performance of the seminal theme.

The video, shot from what appears to be a camera phone, was taken by a bystander of the performance during the changing of the guards. Perfectly capturing the feel of the score, audiences were treated to a special presentation of music from the royal guards. 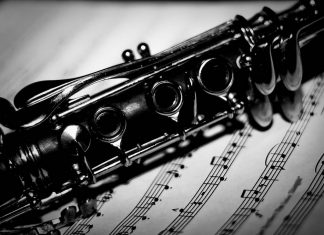 15 of the Best Clarinet Concerti

Dr Justin Wildridge - Dec 17, 2017
One of my favorite instruments has always been that most flexible member of the woodwind family; the clarinet. It’s equally at home playing Classical...