Laurence Perkins, the principal bassoonist with the Manchester Camerata, was the musician who came up with the idea of a day to promote the wind instrument. He chose 11 October, and this is just part of a broader push he is leading to find new bassoon enthusiasts.

Under conditions where cuts to funding for music are resulting in a worrying decline in young people taking up the instrument, a campaign to spread the word about the bassoon is timely. “It’s the best instrument to play in the orchestra,” Amy Harman, who plays principal bassoon for the Philharmonia Orchestra, said. “You get to be all the different parts. You get to play with the cellos, the wind players, and the horns, and you get all these lovely tunes. I think it’s amazing.”

Perkins planned International Bassoon Day as the first stage in a three-part strategy to build interest in the instrument. “Bear-faced bassoonery” is a series of free admission events where Perkins explains the characteristics of the bassoon to those who are unfamiliar with it, while allowing more experienced players to discuss progressing their studies to the next level. With a number of “Bassoon Voyager” concerts, the instrument will feature in a one-hour performance including pieces of music to illustrate the bassoon’s musical capabilities. You can find dates for the concerts here.

“The bassoon is one of the most versatile and characterful instruments in the orchestra, yet young people are not being given the chance to find that out,” Perkins commented.

Concern about a declining interest in the bassoon are not confined to Britain. In the Netherlands, Save the Bassoon is a campaign that has been running for several months. It was started due to observations suggesting that fewer young people are applying to conservatories to study the instrument.

We’ve put together a selection of pieces to help you celebrate International Bassoon Day.

Mozart wrote this concerto, which was his first for a wind instrument, when he was 18. There is some speculation that he wrote three concertos for the instrument, but that only one survived. It has become the most widely performed piece in the bassoon repertory. Here is the three movement work in B flat.

Saint-saëns Sonata for Bassoon and Piano

Monica Ellis, a bassoonist with the New York-based Imani Winds, believes that this is one of the best pieces for bassoon. “It allows for the instrument to shine in all the right places. It has all the money notes – the ones that are easy to sound good on,” she explained in 2010. Saint-saëns’ work is also divided into three movements.

If you want something outside of the classical genre, Ellis plays bassoon in a live performance with Imani Winds here.

There’s quite a selection of bassoon concertos written by the Italian composer, but this one, in E minor, is a personal favourite. He wrote a total of 39 concertos for bassoon, second only to his violin concertos, of which he wrote more than 200.

The Italian composer, who met the Mozart family on their first Italian trip and later helped Mozart’s sister to recover some of his works, spent a long period of his professional career in Salzburg. He wrote this concerto for bassoon while there.

Well, you can’t really call this an original piece for bassoon, but if you still want proof of the versatility of the instrument here it is with an arrangement of one of Mozart’s most famous works. 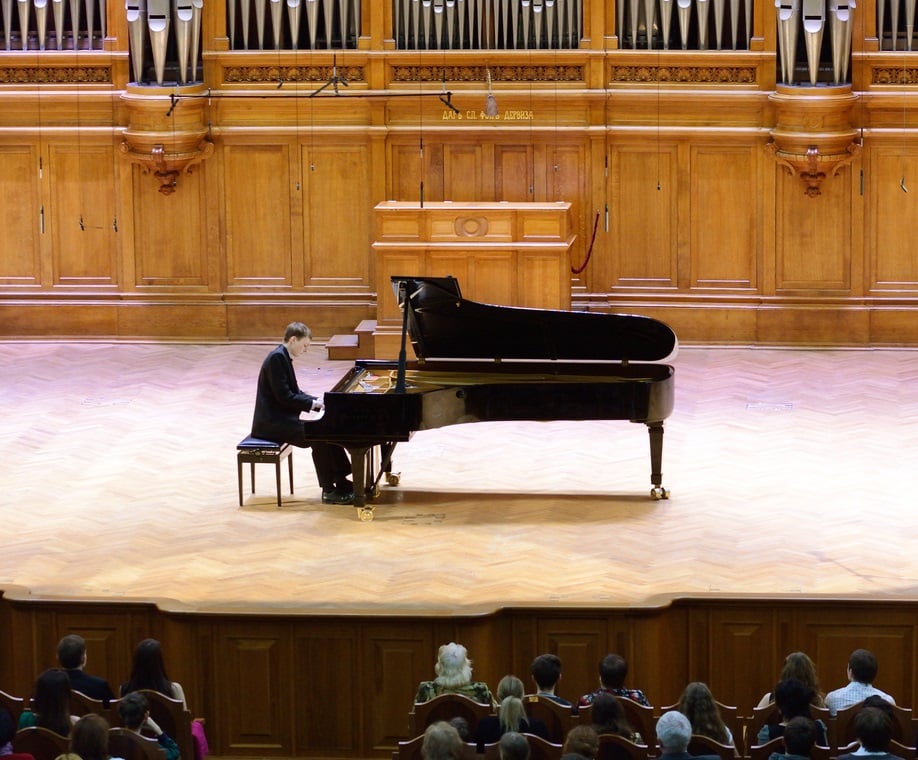 Dr Justin Wildridge - Dec 22, 2020
Many young pianists begin with the clear aspiration of becoming the next Lang Lang and playing to adoring audiences across the world. It's a...

The 2015 Grammy Awards: Listen to the Classical Award Winners