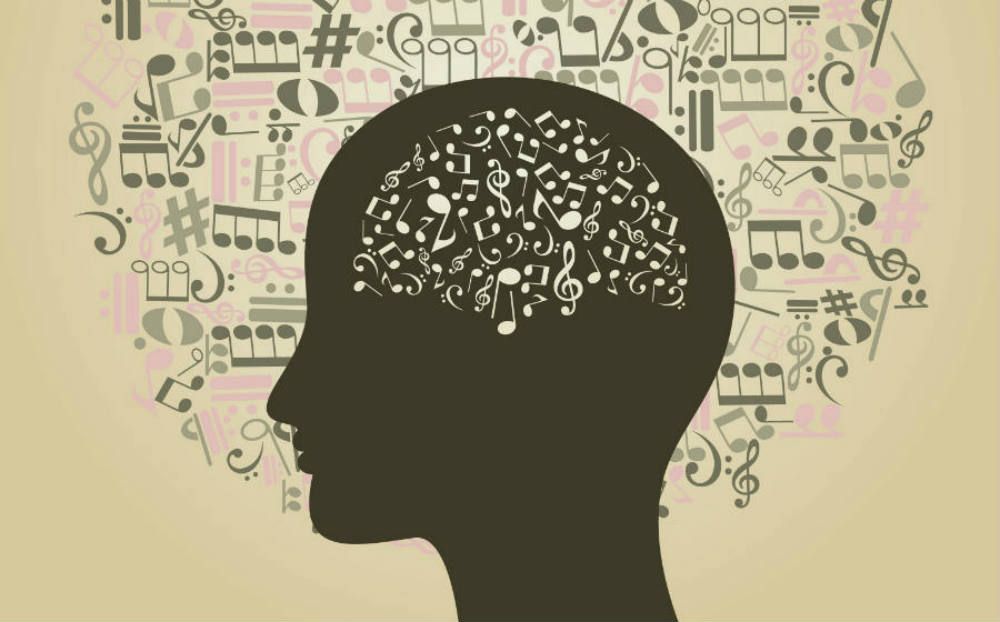 Music is the ultimate “brain” activity, as it involves the motor, visual, auditory, audiovisual, somatosensory, parietal and frontal areas in both hemispheres and the cerebellum. By being such a “complete” brain activity, music has a lot of beneficial effects on the brain. Amid the countless examples of the virtues of music, let’s mention a new study published in the Journal of Neuroscience, which determined that kids who took music lessons for two years did not just witness an improvement in their abilities to play their instrument, but they also processed language more easily: in fact, learning music improves the brain’s ability to process pitch, timing and timbre, which actually helps pick up language too.

However, how is music processed in cases of brain damage and cognitive impairments? We grouped five curious facts about music and brain to share with you.

What happens if an individual experiences some sort of brain damage?

Neurologically intact individuals are born musical: even before learning how to talk, infants appear to be sensitive to musical scales and a regular tempo, while also being able to differentiate between consonant and dissonant intervals.

Brain damage can disrupt an individual’s ability to discern between tonal and atonal music, while, at the same time, maintaining the individual’s ability to assess the distance between pitches and the direction of the pitch, the opposite can also occur, in that an individual can no longer discern the distance between pitches but can retain the ability to distinguish tonal and atonal music. Similarly, after undergoing brain damage, a patient may no longer recognize familiar melodies presented without words, but maintains the ability to recognize spoken lyrics—and the reverse is also possible.

Is there such thing as “musical dyslexia,” also known as Amusia, more recently as Dysmusia?

Musical notation relies on spatial arrangement to portray pitch: the higher the symbol is placed on the pentagram the higher the pitch. Pitches, unlike letters, can be stacked (chords) and there are further symbols indicating duration, volume and other performance cues. The notation is also accompanied by written words, whether they be indicating expressive features of the music or lyrics of vocal music.

In 2000, Neil Gordon, a retired pediatric neurologist, proposed the idea of dysmusia, ie musical dyslexia, a theory based on growing evidence that different areas of the brain are activated while reading music than while reading text. “The left lingual and fusiform gyri, normally engaged in the visual processing of words were not activated by the musical notations but the left occipito- parietal area was recruited. In contrast to reading words, the relevant information contained in musical notations is derived not through feature analysis of the notes but through analysis of their spatial location. These results are compatible with cerebral connections underlying musical functions being separate but adjacent to those subserving language functions,” he wrote.

For instance research has shown that dyscalculia, the difficulty reading and understanding mathematical symbols, and dyslexia have completely different causes: dyscalculia is thought to be caused by a deficit in spacial processing in the parietal lobe, whereas patients with dyslexia experience weak connectivity between the Broca area (frontal lobe) and the left and right auditory cortexes. So, if mathematical symbols and phonemes are processed differently, what’s the case of the musical notation?

So, are the ability to read text and to discern music correlated? Hardly.

Oliver Sacks related the case of Czech pianist Lillian Kallir, who, because of a degenerative brain disease, first lost her ability to read music while, for many years, she retained her ability to read text. Of course, the reverse is possible as well.

Russian composer Vissarion Shebalin, after a stroke, was left aphasic. That, however did not affect his creative and musical abilities “In spite of the severe affection of speech the patient continued his work as a composer. He worked hard with his pupils, listening to their compositions, analysing and correcting them. He spent a considerable time over his own creative work. While aphasic. he finished compositions which he had started to write before he was taken ill, and he created a series of new compositions which other musicians considered to be up to standard, and which did not significantly differ from the com-positions of his earlier years,” reads the academic paper Aphasia In A Composer.

Another noteworthy phenomenon dates back to 1745, when Swedish historian Olof Dahlin published an article titled “On a Mute Who Can Sing,” which described a farmer’s son who, after a stroke, was left with right-side paralysis and no longer had the gift of speech. However, a local priest Dahlin had spoken to had told him that the farmer’s son retained a noteworthy ability to whistle and sing hymns.

These phenomena lead us to mention Melodic Intonation Therapy. A music-based treatment in 1973, Melodic Intonation Therapy or MIT can be traced back to the fact that , for more than a century, clinicians have noted that patients with non-fluent aphasia can indeed sing words they cannot speak and that, as a consequence, rhythm and melody could improve the patients’ fluency. Read the full study here.

This therapy, in fact, takes advantage of the fact that language functions are located in the left brain, while music is located on the other side. With Melodic Intonation Therapy, you can “train” your brain to move those functions to the right hemisphere by associating music with language.

Is Ravel’s Bolero the musical portrayal of dementia?

Maurice Ravel was thought to suffer from Pick Disease, aphasia, traumatic Brain Injury, Alzheimer or a chronic endocrine disease. In fact, from 1927 on, Ravel had developed aphasia along with agraphia and apraxia, and, beginning in 1932, he started developing concentration deficits. That was the year he was involved in a car accident whose symptoms— deficits in concentrations, loss of the ability to complete any new composition— indicate mild-to-moderate traumatic brain injury. Ravel’s Boléro, with its 18-fold repetition of the melody, is seen by some scholars as a manifestation of signs of Alzheimer’s disease. Perseveration, the obsession of repeating words or actions is a symptom of Alzheimer’s. However, those scholars overlook the fact that the Boléro was primarily intended as an orchestration study. Can we actually see the impact of Ravel’s hemispheric impairment on his musical style?

We know that in 1932, he lost his ability to compose, while his aphasia increased steadily from 1927 onwards. However, between 1927 and 1932, he composed the Boléro, two piano concertos (G major for both hands, D Major for the left hand, which is indicative of his eagerness to experiment with new forms of music), and “Trois Chansons Don Quichotte à Dulcinee. This means that the loss of his ability to compose should be attributed to the accident and the subsequent brain damage rather than to his aphasia.

There is such thing as Melophobia, and Sigmund Freud suffered from it.

You may not know that Sigmund Freud, the father of Psychoanalysis had practically no appreciation for music, and tried to avoid it like the plague. “…I am no connoisseur in art, but simply a layman….Nevertheless, works of art do exercise a powerful effect on me, especially those of literature and sculpture, less often of painting….I spend a long time before them trying to apprehend them in my own way, i.e. to explain to myself what their effect is due to. Wherever I cannot do this, as for instance with music, I am almost incapable of obtaining any pleasure. Some rationalistic, or perhaps analytic, turn of mind in me rebels against being moved by a thing without knowing why I am thus affected and what it is that affects me,” he wrote in 1914 regarding his resistance to music.

Why did he react that way to music? One explanation is that Freud, who was known to have suffered from various neurotic symptoms such as anxiety, migraines and fainting spells, had what is referred to as “melophobia,” which, like other phobias, involves anxiety-induced reactions to specific stimuli. Whenever he happened to be exposed to music, he reportedly immediately placed his hands over his ears to block out the sound.